Hurricane Michael was one of the strongest tropical storms to hit Florida since Andrew came ashore in 1992. For a nearly a week after Michael landed on October 10, winds topping 155 mph bent street signs over, uprooted trees, and left more than 30 people dead.

Now, residents of the Florida Panhandle, Georgia, North Carolina, and Virginia are picking up the pieces left by the Category 4 storm. According to CNN, many may still be buried under destroyed homes, and piles of rubble.

They have little idea how many are missing, and the death toll continues to rise. 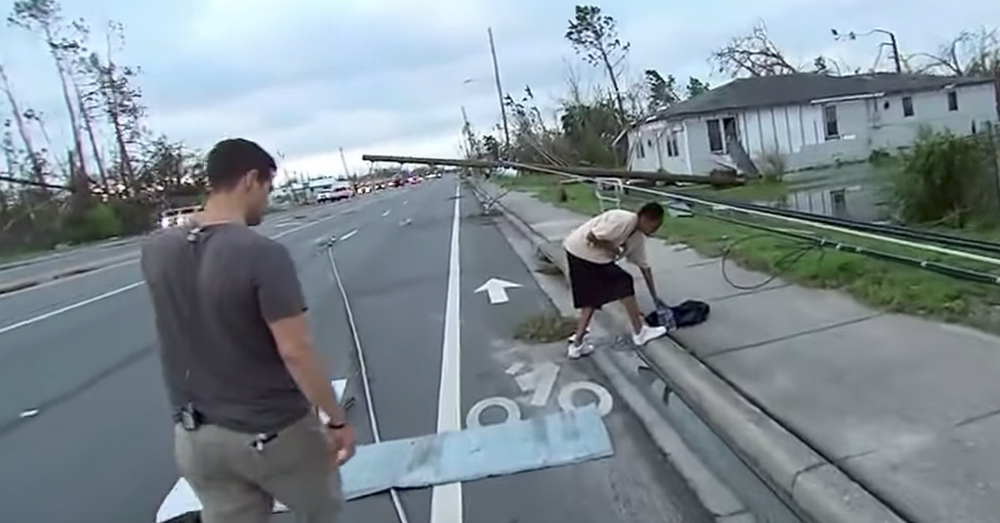 Amidst the destruction and death, there is no shortage of human kindness. People from all walks of life have been lending a hand to help others in desperate need. The National Guard was mobilized before Michael hit, and both they, and military veterans have proven invaluable during this time. 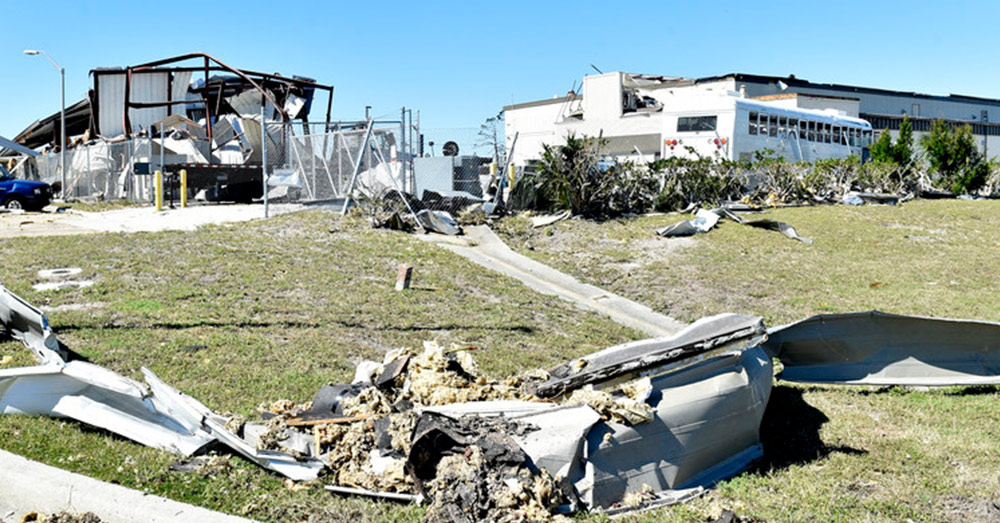 Animals displaced and injured in the wake of Hurricane Michael need your help!

“This is officially our 32nd major disaster over the last eight years that we’ve participated in, and it’s a simple fact of when the need is there and if we hear about extensive damage and people struggling and suffering, that will set us motion for deploying into whatever the need might be,” Nutt told Dothan First.

Military veterans are not only doling out assistance, they’re receiving it, as well. When Iraq War veteran Chance Turner thought he lost his beloved dog Ares during the storm, he was devastated. He searched the beaches around his community for days.

Then he got a phone call.

Someone had found Ares, a PTSD service animal and replacement for Turner’s former dog Buddy. This veteran’s life was restored.

Other animals displaced by the storm have been transported to shelters around the country, each willing to lighten the load placed on overcrowded facilities in the Southeast. On Wednesday, Oct. 17, nearly 40 animals were dropped off at Pets Are Worth Saving Chicago after a 20-hour drive north. 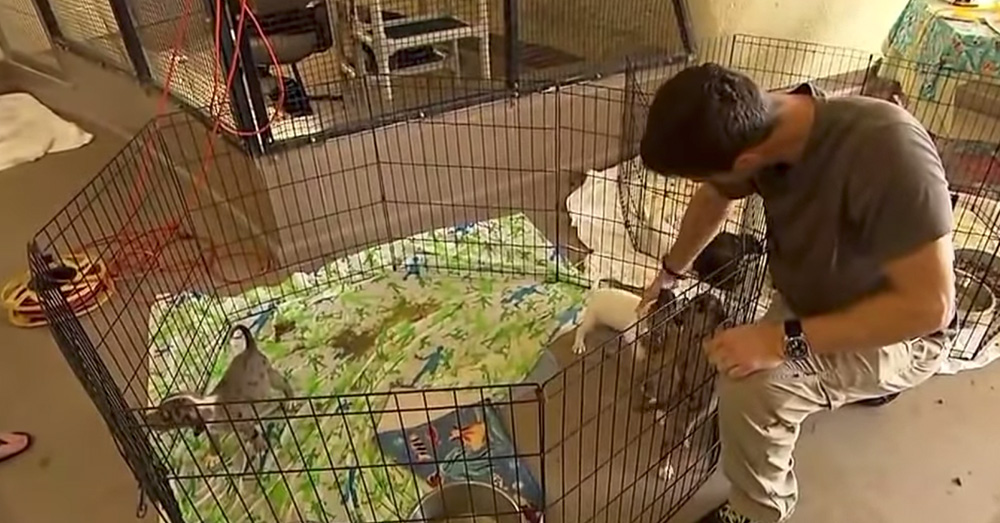 “As a result of PAWS Chicago’s relief efforts, ACHS is now able to take additional trips to areas affected by the hurricane to save more animals who are without power, shelter or caretakers,” said PAWS Chicago spokeswoman Sarah McDonald.

A day earlier, in Golden Valley, Minn., a happy and hyper group of 88 dogs arrived at the Animal Humane Society.

“They look great. They are wiggly, bouncy and excited,” dog rehabilitation manager Liv Hagen told the Duluth News Tribune. “Some of them are nervous. It’s been a long ride.” 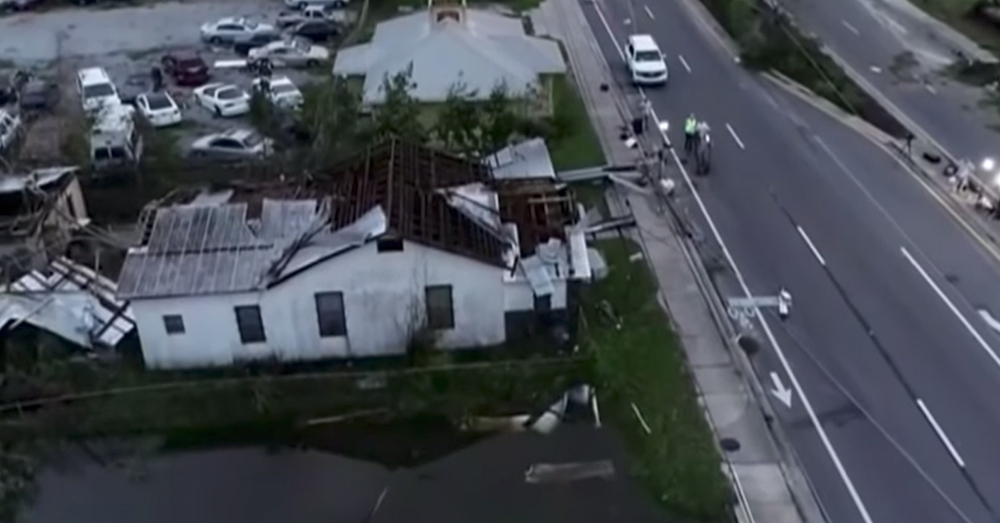 Both pets and people are in dire need of help following Hurricane Michael, and anyone who can help, has been helping. Even weatherman Jim Cantore, famed for taking great risks to capture extraordinary weather events on live television, has stepped in to save colleague.

Cantore saved NBC News reporter Kerry Sanders before he was swept into the Gulf of Mexico by Hurricane Michael’s strong winds. As Sanders struggled to stand during a taping on the Panama City shoreline, Cantore made his way over to stabilize his friend and keep him from blowing away.

Weeks before Hurricane Michael landed, GreaterGood.org’s disaster response team was actively communicating with rescue organizations, shelters, and other partners along the East Coast to help those affected by Hurricane Florence. They soon pivoted to assist those in need along the Gulf Coast when Michael came ashore. GreaterGood has since provided food, animal care, and veterinary supplies, as well as animal transport of pre-storm shelter pets to make room for incoming displaced pets from the storm.

And they will continue to do so, as long as people and pets are in need.

Timing has been a critical factor in assisting those affected by Hurricane Michael, as it is with other disasters, and your ongoing support makes it possible. With the help of your donations, GreaterGood has been able to provide food, shelter, and special assistance to people and pets for the last 11 years, responding with speed and agility when major hurricanes have threatened U.S. coasts.

Hurricanes Harvey, Irma, Maria, Florence, and now Michael have all taken their toll, and donations have helped GreaterGood send critical supplies and support to each.

With your continued donations, survivors of Hurricane Michael will not go hungry, homeless, or without medicine as the Southeastern U.S. rebuilds.

Animals displaced and injured in the wake of Hurricane Michael desperately need your help!

GreaterGood.org is currently sending food, medical supplies, and cash to help those on the ground prepare, and to transport animals out of harm’s way.

Your ongoing support makes it possible.
Make a difference

Florida Resident Captures Blue Sky, Sun In Eye Of Storm: Click “Next” below!