Just as the residents of southern Mexico were regaining their senses after the September 8 earthquake that struck near Oaxaca, another disaster shook Mexico City—just three weeks after the first quake.

The second earthquake, measured at magnitude 7.1, along with its resulting aftershock, has left at least 320 people dead and many more injured and without shelter. Estimates of the damage have been as high as $8 billion, ABC News reports. Images of survivors pulled from the rubble of southwestern Mexico have given the country hope as they continue the search for others, human and animal alike.

Among the most compelling images are those of a small dog being pulled from the wreckage of a collapsed building by a Japanese search-and-rescue team. 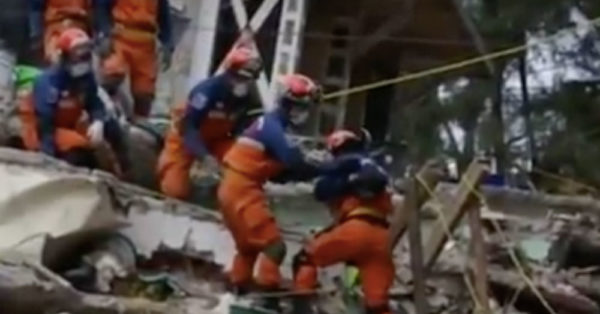 The last living survivor was found on Wednesday, Sept. 20, with several bodies uncovered the following Friday. After 6 days without food or water, many victims of the earthquake would likely have perished, but the little dog needed no more than a helping hand to get back on his feet. What was the deadliest earthquake Mexico has seen in 32 years was still not enough to diminish this poor pup’s spirit.

He’ll be taken to the veterinarian, of course, but not before inspiring a few more to help out with ongoing rescue efforts. 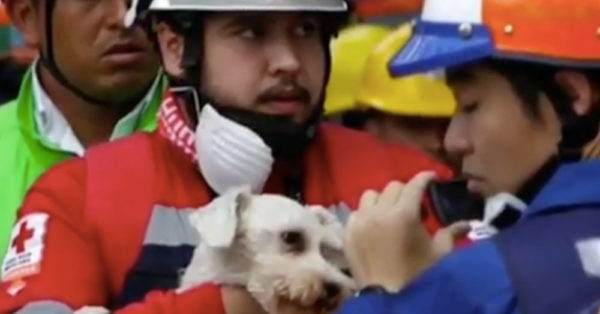 “What we don’t know is if they are going to be of significant magnitude,” Perez Campos told ABC.

The director went on to promise that those affected most severely by the earthquake would be those to receive aid first.

“I am publicly promising that … the affected homes, the families affected and the people in the whole of Joquicingo and the state of Mexico [will] get back on their feet,” he said.

A number of ongoing efforts are being undertaken by GreaterGood as well to help those affected by the disaster. Click the button below to learn how you can help and make a difference!