Grocery store parking lots can be a source of stress for all types of shoppers. Coupon clippers, weekend warriors, quick pick-ups, even seasoned professionals can find themselves pulling their hair out looking for a prime spot.

And then there are the dogs.

You likely won’t find too many furry friends roaming the aisles of you local grocery, you might not even find them out in the cart corral. Visit the midwest United States, however, and you may find them behind the wheel.

Paul Shearn was picking up some supplies for Labor Day Weekend when he discovered just such an unlikely scene. According to the Owensboro times, he left his Black Labrador Elvis in his pickup truck, running with the A/C on, while he went inside the Owensboro, Kentucky, Meijer to grab some hamburger.

“I said, ‘Elvis, don’t go acting a fool and get people calling the cops on us,’” Shearn told the Owensboro Times. 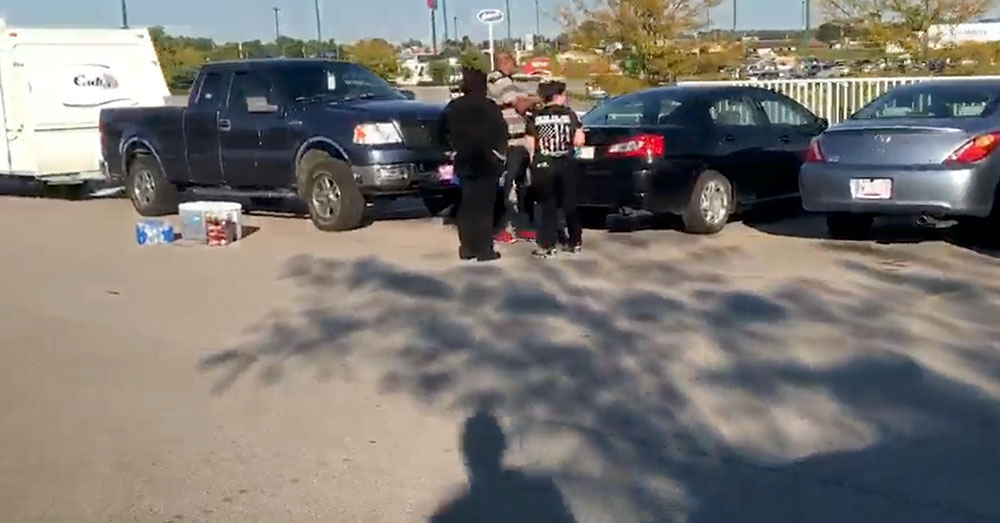 After he came out, he saw police, store staff and people all over the parking lot looking at an accident.

He got closer, and he saw a familiar truck.

He got even closer, and he saw a familiar dog. 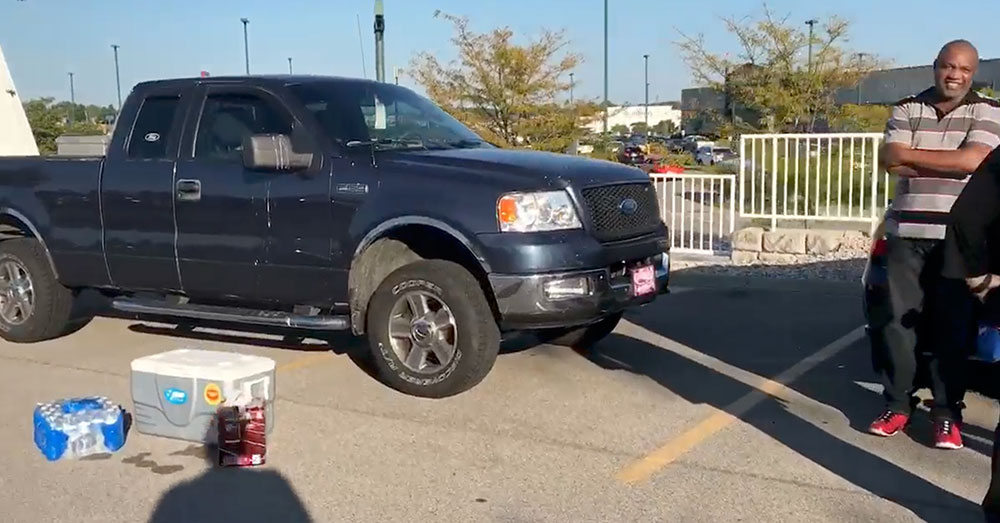 Source: Facebook/Paul Shearn
Shearn got closer, and realized the truck was his!

While Shearn was inside, Elvis had somehow shifted the truck into drive and took off.

The truck moved ahead a few spaces before coming to rest against another car, much to the dismay of Meijer employee David Adams. Adams ordinarily works in Evansville, about a 45-minute drive away, but was helping in Owensboro during the holiday rush. When he went outside to investigate an accident reported by another Meijer customer, he quickly realized it was going to be a long day.

“Wait a minute — that’s my car,” he told the Owensboro Times. “The dog was all calm, not barking…acting like it was no big deal.” 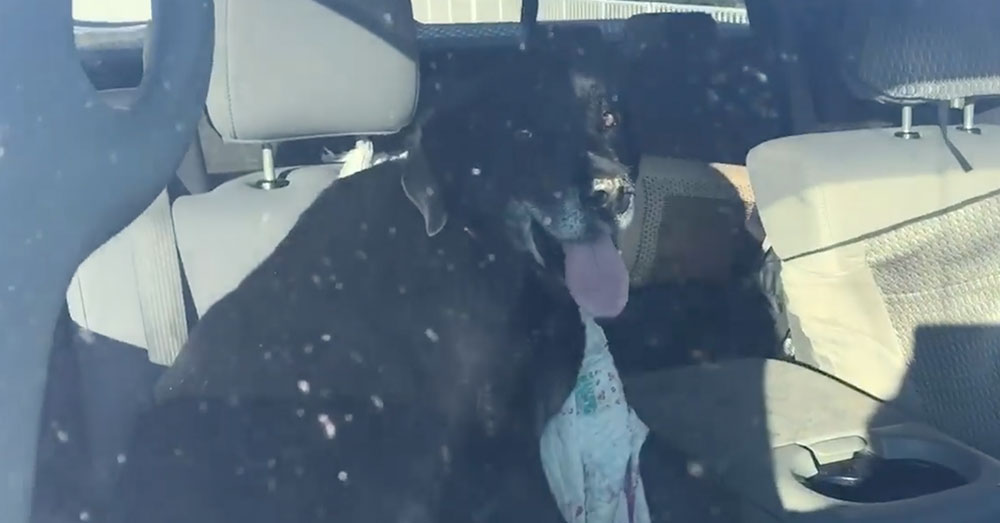 Source: Facebook/Paul Shearn
Elvis had shifted the truck into drive reaching for some bacon grease.

Shearn, a youth pastor at Christ Community Church, explained how he and Elvis were headed to his grandfathers for the holiday weekend. Shearn had packed a cat iron skillet and a can of bacon grease he was planning on using to season it with.

Elvis apparently couldn’t resist himself, went for the grease, and kicked the truck in gear.

“He just got a little bit of courage and a little snack to hold him over,” Shearn said. 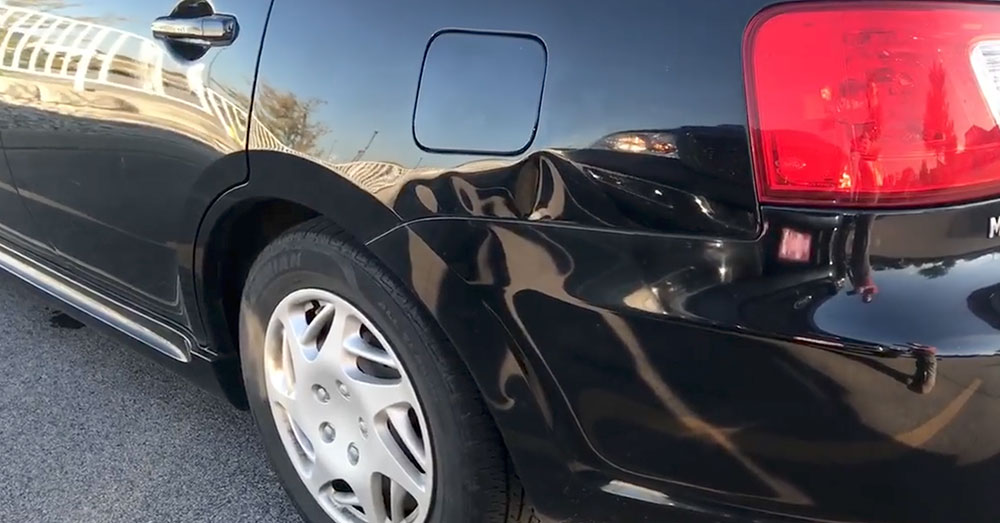 Understanding who was at fault in the case, local police had no case against either human. The fault lay on Elvis. But who’s going to ticket a dog?

Elvis and Shearn left Meijer without any spots on their record. No one was hurt, and there was minimal damage to both vehicles. It might take a while for Elvis to live down this mistake, but everyone is laughing toff in the meantime. 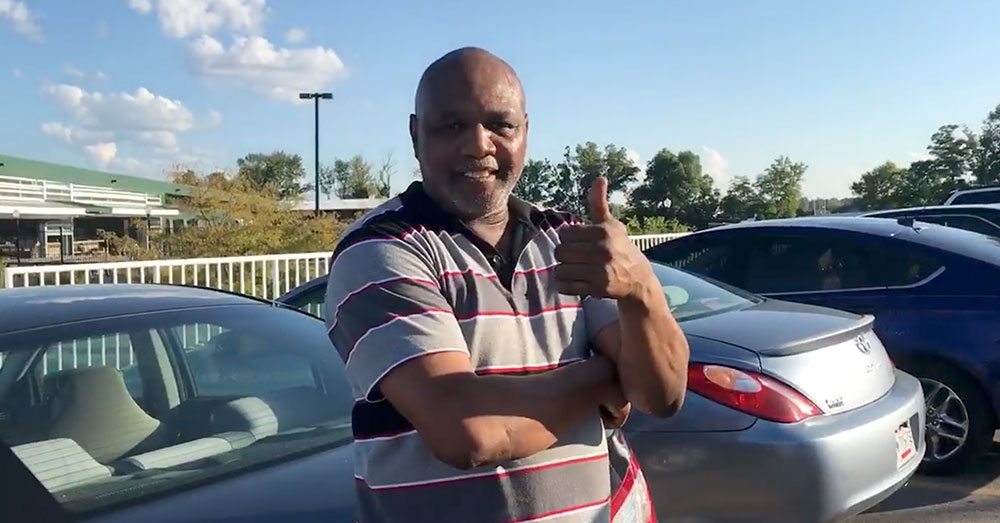 Source: Facebook/Paul Shearn
No one was hurt, and they all laughed it off.

“I don’t know what God’s plan is in all of this,” Shearn said. “Maybe everyone needs a little more laughter.”

Watch the conclusion of this hilarious scene in the video below!