Chan Mee Fah has many memories of her late mother, but some of her favorite involve stray dogs. While running a coffee shop during the day, Mee Fah’s mother would often bring strays home, feed them and give them the love and attention they wouldn’t otherwise have.

Now 78, Chan is carrying on the tradition, putting all her energy and assets toward helping stray animals have a better life, and a brighter future.

According to Star 2, Mee Fah was born in Singapore and moved to Kuala Lumpur in 1963 where she took a job as a Radio Televisyen Malaysia (RTM) reporter. It was then that she started to follow in her mother’s footsteps, fostering dogs that the elder Mee Fah had rescued, but did not have room for at her own home. 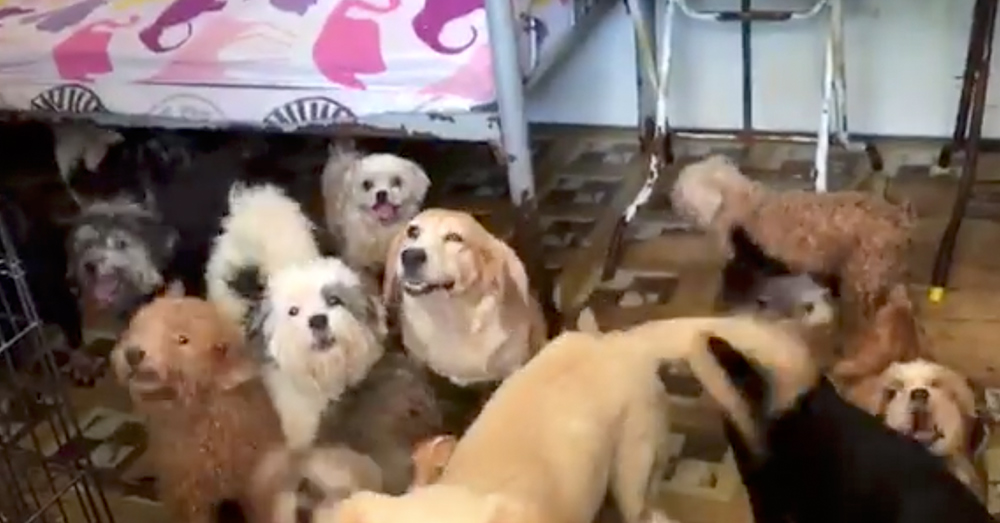 Source: Facebook/Meefahshelter
The animals at Mee Fah Shelter are fed, cared for, and brought to a veterinary clinic when needed.

Mee Fah would regularly visit the Society for the Prevention of Cruelty to Animals (SPCA) Selangor, looking to adopt dogs that were bound for euthanasia. Her makeshift shelter operation grew until pressure from unapproving neighbors forced her to move elsewhere. Mee Fah moved three times before settling on a property in Semenyih, Selangor, three years ago. 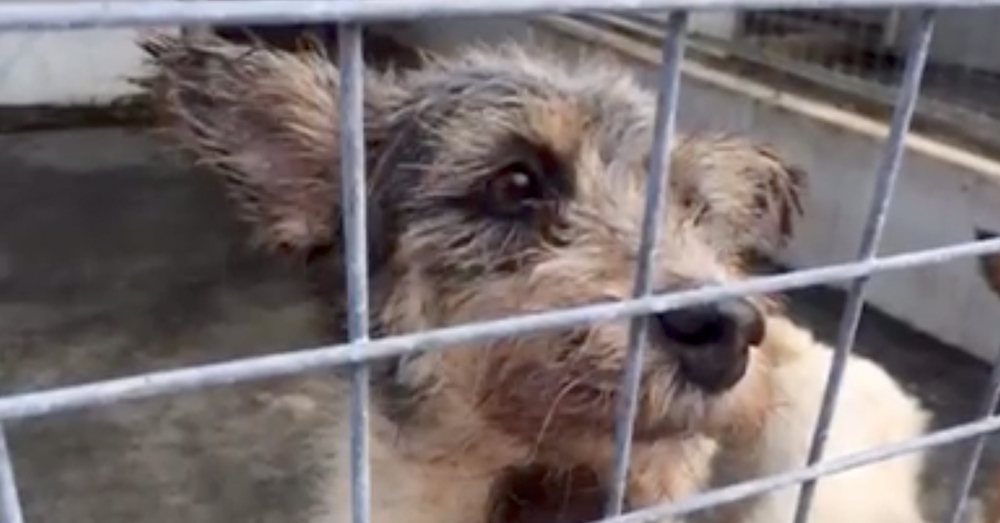 Source: Facebook/Meefahshelter
Chan Mee Fah lives at the shelter with her furry friends.

The former rubber plantation has since been converted into a thriving shelter, now home to 1,300 dogs, 60 cats, 40 tortoises and a one-armed monkey.

About that monkey, Mee Fah rescued it from a veterinary clinic after it had been abandoned by its previous owner.

“It was badly hurt after a fight with other monkeys kept by the owner,” she said. “The owner did not come back for the monkey after sending it to the clinic for treatment. So we adopted it.” 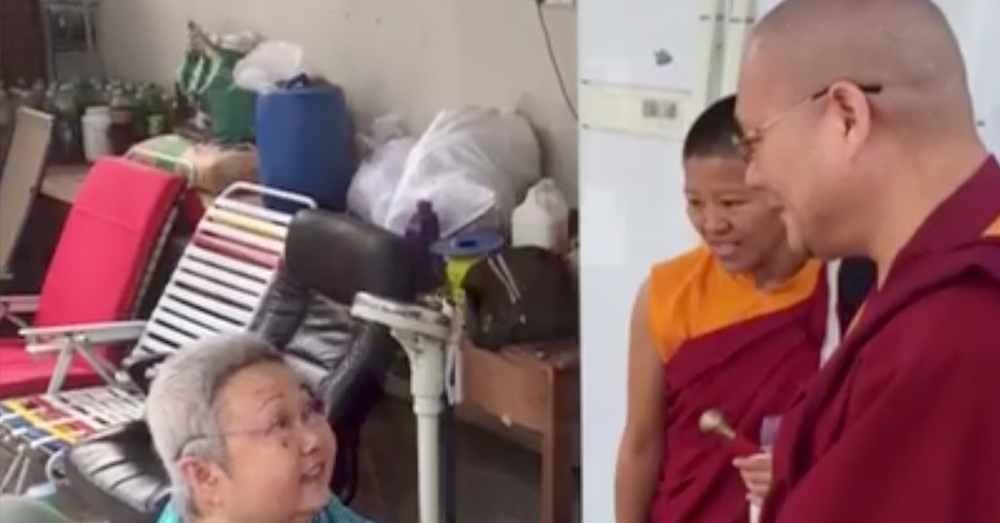 Source: Facebook/Meefahshelter
A group of Buddhists meet with Mee Fah.

Mee Fah’s shelter currently maintains a staff of 17. She pays them and keeps the facility stocked with supplies with the money her late husband left when he died in 2012. She doesn’t accept financial donations, as this is a labor of love for Mee Fah, and a private undertaking, but she won’t turn away food, blankets, toys, or medicines.

Along with the canine residents at the shelter, Mee Fah calls it home, too. Her living quarters are not extravagant, but being so close to the animals helps her make sure they are healthy and cared for at all hours of the night. More importantly, she’s able to watch out for unexpected deliveries, and welcome anxious dogs home.

“Once, someone put a cage of 12 dogs at our shelter’s front gate. Another time, a sick dog was tied outside the gate,” she said. 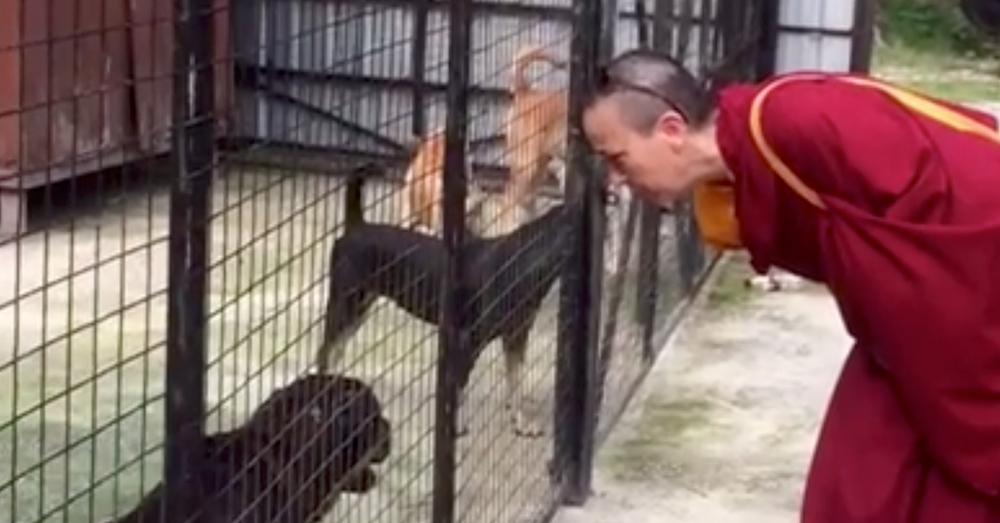 Source: Facebook/Meefahshelter
Mee Fah’s shelter employs 17, and is funded out of her own pocket.

While Mee Fah hopes not to see any more animals being dumped at her front door, she understands some people may feel they have no other options. At least, this way, the animals will be in better hands.

Human visitors are rarer than canines at Mee Fah’s shelter, and being constrained to a wheelchair makes it difficult to move around, but that doesn’t bring her spirits down. Mee Fah is never alone, which may also explain the septuagenarian’s secret to long life.

“My doctor has given me a clean bill of health!” she said. “I bond with my dogs and find them to be very loving. Caring for them is like caring for one’s children. It is an intense commitment.” 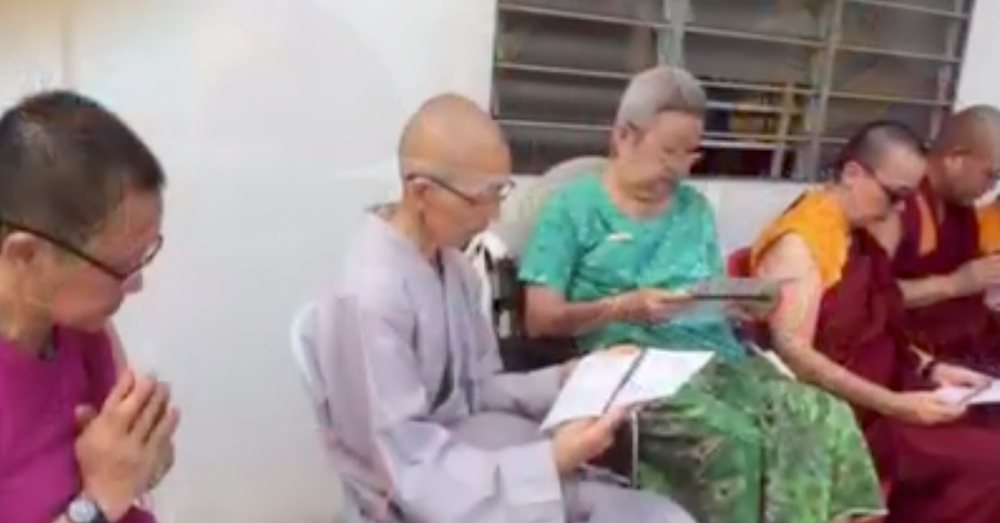 Source: Facebook/Meefahshelter
Mee Fah hopes her shelter can become a nonprofit within the next 2 years.

Mee Fah estimates that she has about 2 years before she runs out of money to keep the shelter afloat. By then, she hopes to gain nonprofit status and accept public donations.

Watch Mee Fah and a group of Buddhists perform a chant for the shelter’s dogs in the video below.