Many shelters across Florida evacuated their stray animals to safer grounds before Hurricane Irma swept through the state, so that they could make room for pets who would be displaced.

One shelter sent their animals to Blount County SPCA in East Tennessee to wait out the storm. All of the dogs sent to the SPCA were very friendly. They were all excited to see people whenever they came near their kennels. All but one. A Labrador/Cattle dog mix, named ‘Bronson’ by his rescuers, sat in his kennel and moaned. 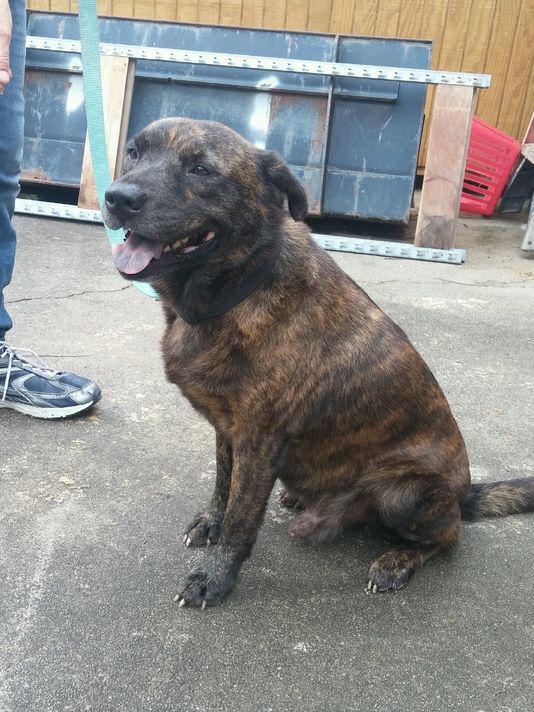 Kellie Bachman, a volunteer at the shelter, went into Bronson’s kennel to comfort him. But he continued to lie on his back and cry. She put him on his lap and rocked him back and forth, trying not to cry herself.

Bachman realized that Bronson was grieving. She believed that he belonged to someone and was missing his human. It was also obvious that he was someone’s pet because of the way he looked. He was well-fed and had a healthy coat with no fleas. People were interested in adopting Bronson, but the shelter knew they had to find his family back in Florida. 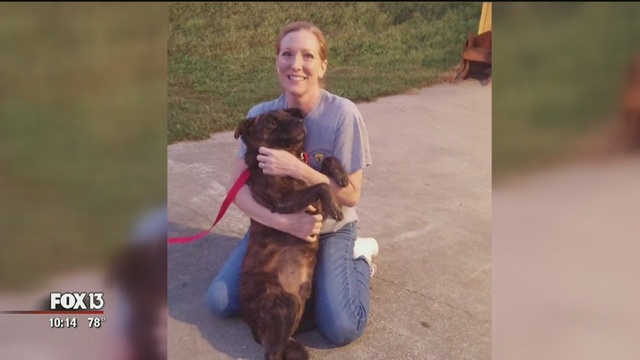 Bronson was picked up by Florida animal control when they saw him wandering a dirt road. They had just assumed he was a stray, and brought him to the shelter in Tampa before he would end up in Tennessee.

But Bronson was not a stray. He did in fact have a family in Florida who was looking for him. So Bachman got to work on trying to find his family. Her husband, Gino, who also works at the Blount County SPCA, looked up the Florida shelter’s paperwork and got in touch with the animal control officer who found him on the road. He then posted Bronson’s picture and information on a lost and found pets Facebook page of the area where he came from. 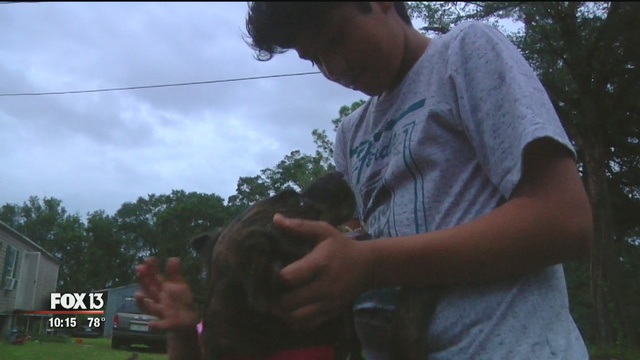 Within hours, A woman named Brooke Aldama, called Gino, saying she had been looking everywhere for him. Bronson, whose name is actually “Meco,” belonged to a cousin of Aldama’s boyfriend.

It was then that the Bachman’s learned about what happened to Meco. Every day, the eight-year-old dog would walk his little humans to their school bus stop. He always goes right home, but this time he stopped to greet some dogs on the way and that’s when he wound up getting picked up by animal control while he was on the road he lives on. 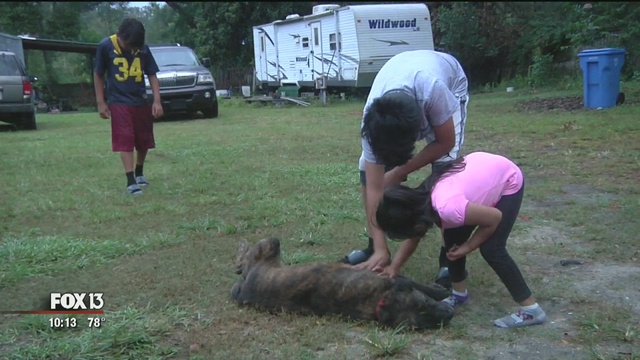 Since Meco’s owner doesn’t have a car, Amber Edwards stepped up to help. She volunteered to drive him all the way back home to Florida. Meco was finally reunited with his family and will no longer have to cry for them.

Edwards said the family’s smiling faces, as well as Meco’s, was well worth the 12-hour drive.

As Bachman said, this was truly “some miraculous stuff and divine intervention.”