Chief works at the Meceola Dispatch Center in Central Michigan, where staff encounter highly stressful situations every single day. Being rescued from a traumatic event himself, Chief can relate to the tension they feel, and often times help out with a quick cuddle.

According to the Pioneer, the dispatchers first met Chief when a third shift staffer heard meowing near the building. The cries continued for a few nights before someone finally found a small black kitten and brought him inside.

“He was in pretty bad shape, so they rescued him,” Meceola Central Dispatch Supervisor Debbie Ruiz told the Pioneer. 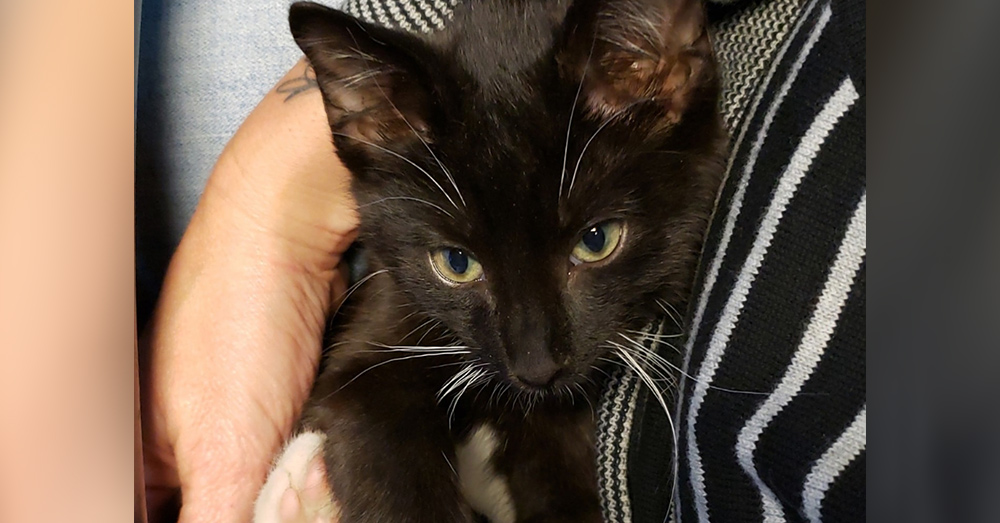 Staffers at the MDC named their furry new friend, and take turns cleaning up after him and bringing in food and treats.

“He’s looking healthier now,” Ruiz said. “We’re very lucky to have Chief as our mascot. He’s being well cared for and he’s brought a lot of happiness here.” 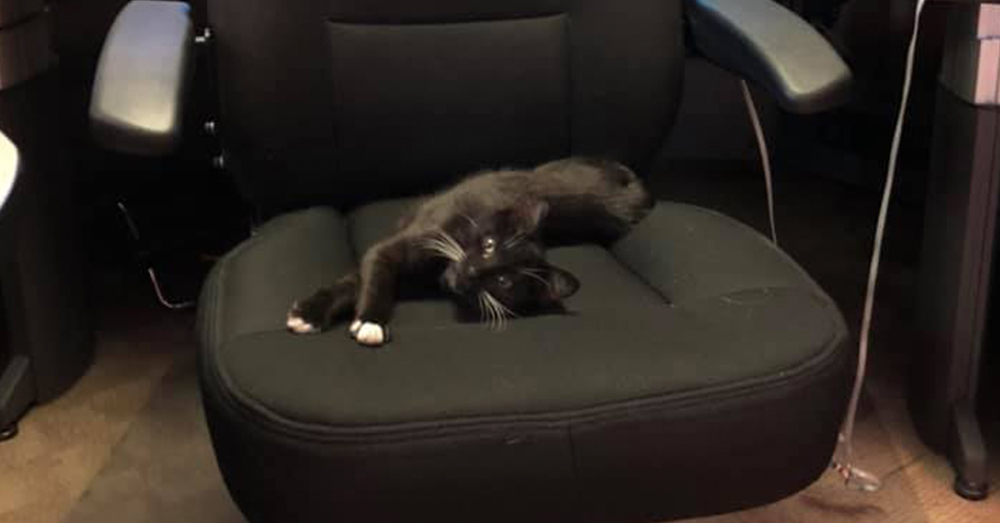 Source: Facebook/Chief of Meceola 911
Chief now lives at the MDC.

Meceola 911 dispatchers have a very tough job to do, and having rescue cat chief around helps make the day-to-day a little easier. In-between fielding emergency calls, often signaling great tragedy, the dispatchers pet Chief and watch him play in the office.

The cat has made a big impact on the MDC, enough to warrant his own Facebook page, Chief of Meceola 911. 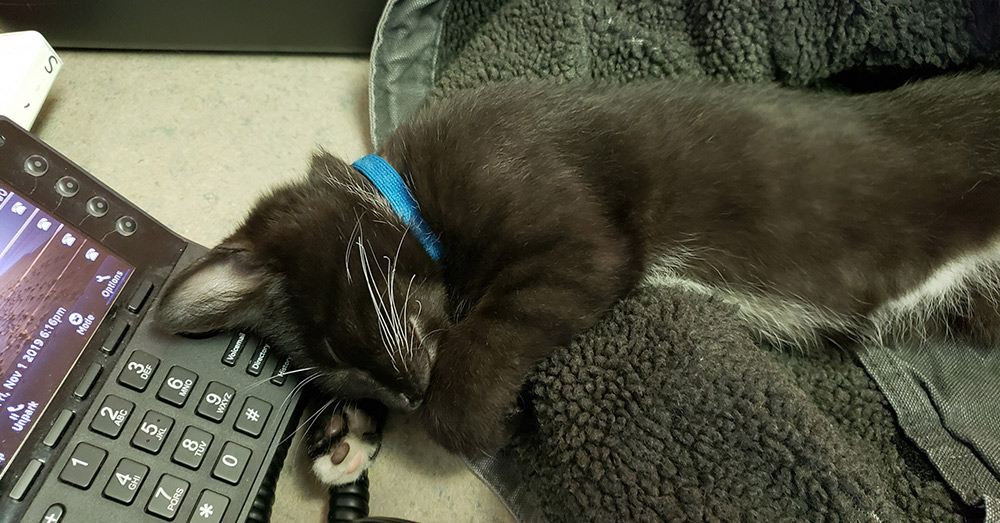 Source: Facebook/Chief of Meceola 911
Dispatchers take turns feeding and cleaning up after Chief.

Chief was rescued before wintry weather brought temperatures well below freezing, but many other stray or feral animals are still fending for themselves outdoors.

Animal Rescue Coalition Director Cate Arrow hopes many can be taken in before snow storms worsen. 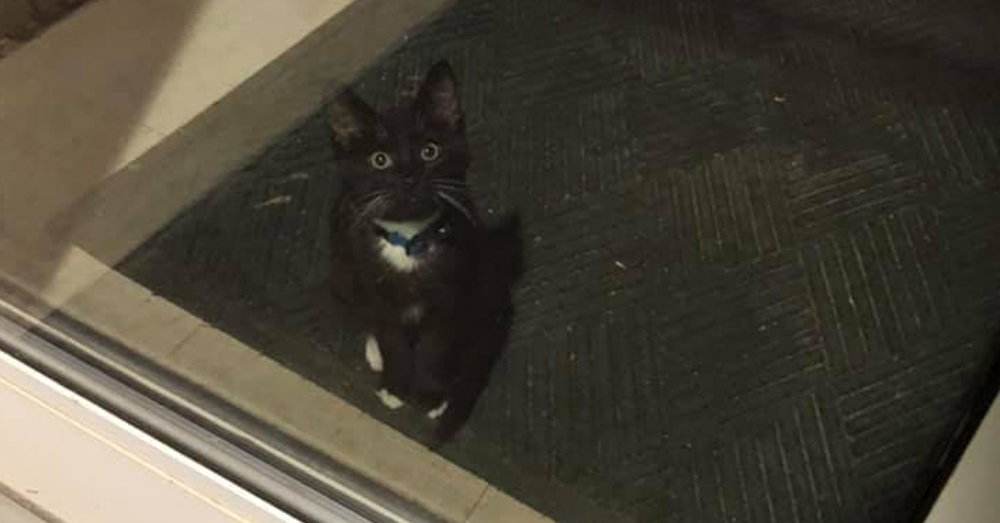 “If people are able to provide shelter for cats in the winter, that is one of the best things they can do,” she said. “People build cat houses, but you also can take Styrofoam coolers and very easily make shelters for cats. There are a lot of places online where you can find designs. If you have any ability to keep water from freezing, that is invaluable to cats also. 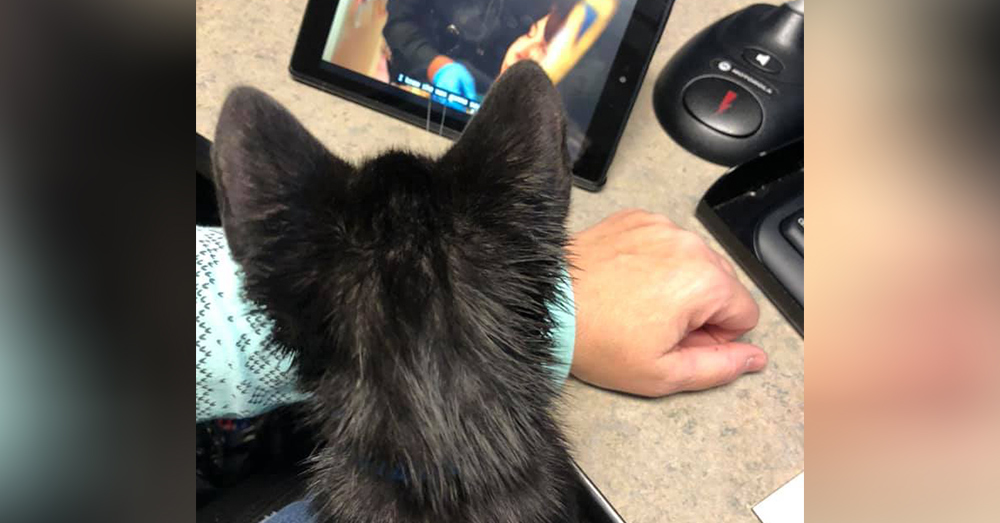 Source: Facebook/Chief of Meceola 911
Chief is the new mascot of the MDC.

“If you have tried to find its home and are not successful and you are able to provide a home, then do take it to a vet to make sure it is healthy and get it vaccinated and neutered,” she added.