A dog parent’s greatest fear is coming home and their dog is not there.

Dogs just want to be with us no matter where we go. While this is not always possible, some dogs will go to extremes to stay with their person. Dogs that are very attached to their owners have been called “velcro dogs” and a rescue dog named Meadow falls under that description.

Her mom, Lauren Johnson, even nicknamed her beloved Labrador mix “Velcro” because she never leaves her side. Meadow and Lauren live in Atlanta, Georgia, but spent Christmas in Birmingham, Alabama, with Lauren’s sister. 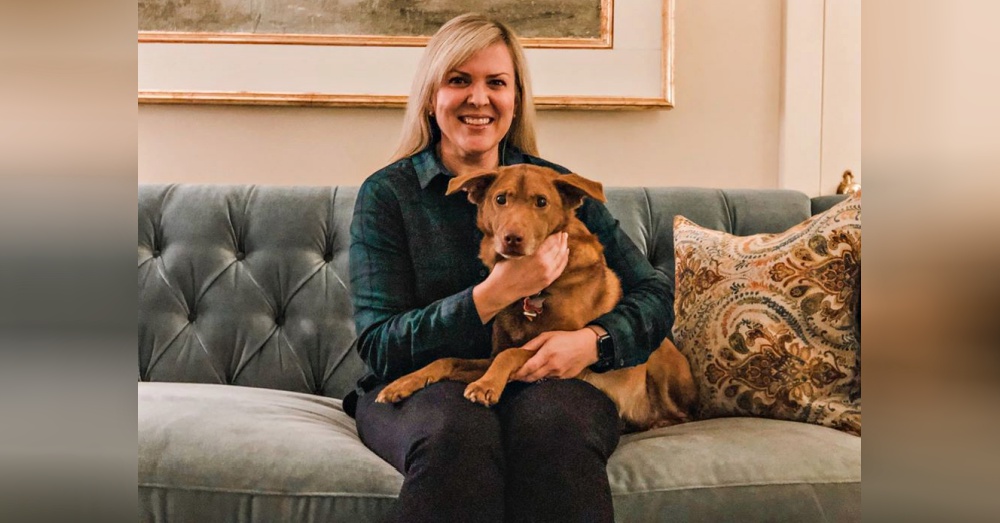 The day after Christmas, the sisters headed out to run some errands and thought they left Meadow at home. However, the dog sneaked out of the house behind them and followed them for a bit before becoming lost. Sadly, they did not realize she was missing until they returned to the home and could not find her. 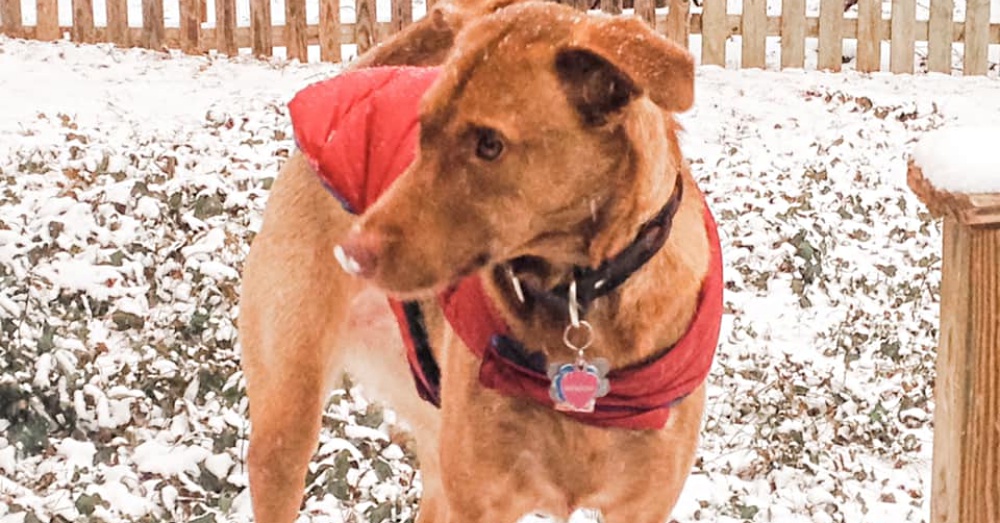 Lauren was devastated and immediately went to search for her. She posted pictures and description of Meadow on Facebook, in hopes of reaching more people. She wrote, “Meadow is a reddish brown lab mutt, about 40 pounds (she is a mid-sized dog and smaller than a full grown, pure lab) with a light brown leather collar (with tags) with her name stamped on it. She loves salami and any “people” meat. Please do not chase her if you see her – just call me with the sighting and try to snap a picture or video of her. Meadow is chipped, but someone has to get her to the vet to be scanned for me to locate her with it.” 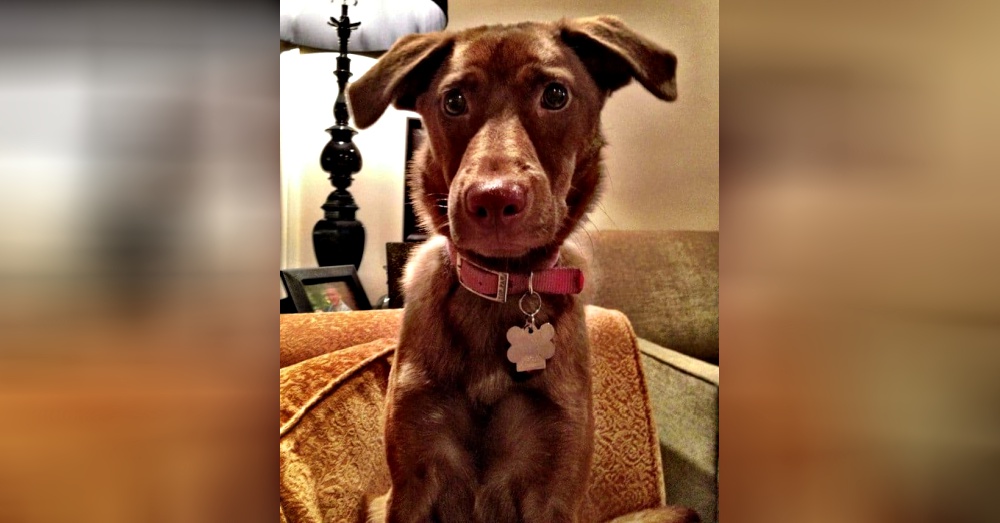 The post was immediately shared by thousands of people and Lauren started to receive information about possible sightings. In addition, signs were posted in neighboring towns, a tracker was hired to search the area, and some items with Lauren’s scent were left in hopes of attracting Meadow. 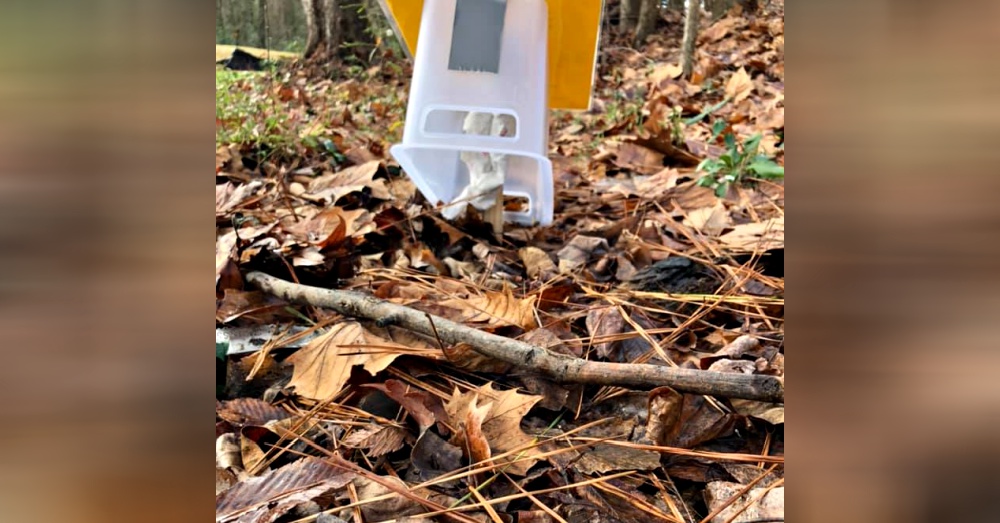 Lauren remained hopeful that she would be reunited with her beloved dog. Even though there were many sightings and people saying they were offering her food, Meadow was still missing 11 days later. She updated her post on Facebook with, “After searching for Meadow for 11 days, during which I walked 95 miles, I have had to return to Atlanta and work. It was devastating to have to leave B’ham without her, but I’m trusting that God continues to hold both she and myself in the palm of His hand.”

Her family and the community continued to search for Meadow and she received a message the same night she returned to Atlanta. A woman spotted Meadow in her backyard just 0.5 miles from where Meadow was last seen. Lauren immediately contacted her family. “Her description was spot-on, so (since I was already back in Atlanta) two of my amazing B’ham volunteers (and new friends) went over to speak to the woman, look for Meadow, and drive the area.” 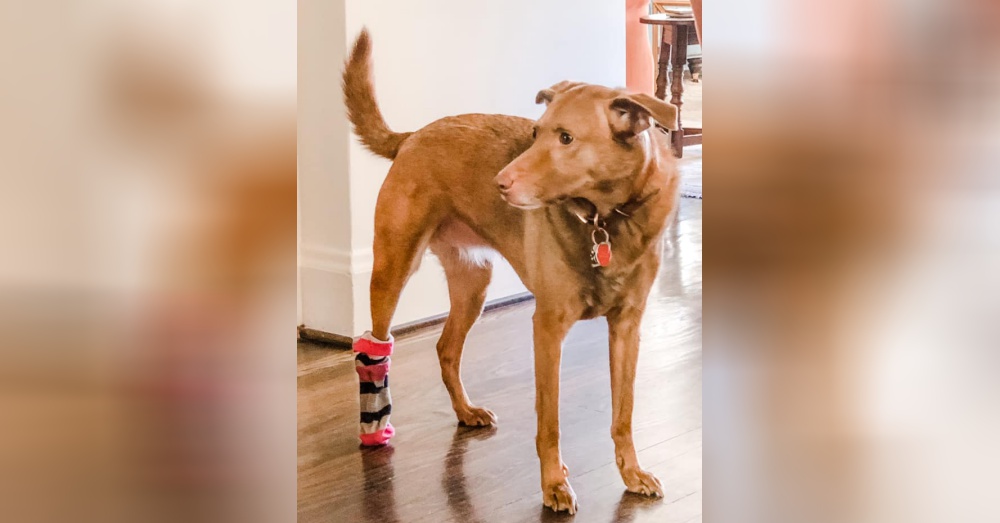 Unfortunately, they were unable to find Meadow, but the woman who originally spotted her refused to give up. She spent the night cooking bacon and kept her kitchen window open allowing the smell to drift into her backyard. The woman put the bacon and other meat in her backyard along with a camera. In the morning, she saw that Meadow had returned to eat the meat and immediately sent the footage to Lauren.

After seeing her sweet girl in the footage, she leaped into her car and headed back to Birmingham. She went to the woman’s house where Meadow was last seen and waited. Two hours later she heard a branch snap and looked up to see Meadow walking towards her. 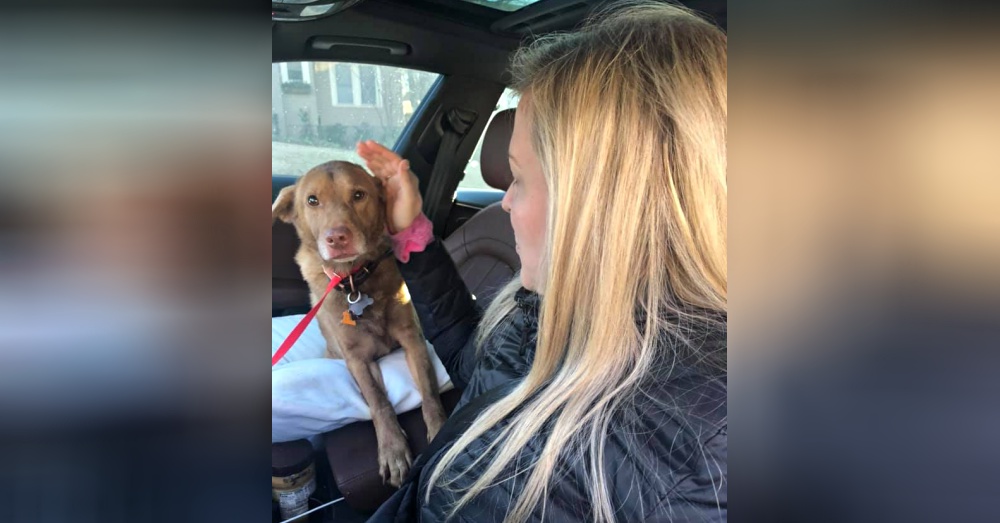 “From when I first heard the branches snap to when she was in my arms took no more than 90 seconds. I wanted to get her within the confines of my car as quickly as possible, so I picked her up (which she normally hates) and took her straight to my car where I’d set up a bed in the passenger seat. But she didn’t want to get out of my lap so I just held her and hugged her and spoke to her of how much I had missed her and how she was ok now.” 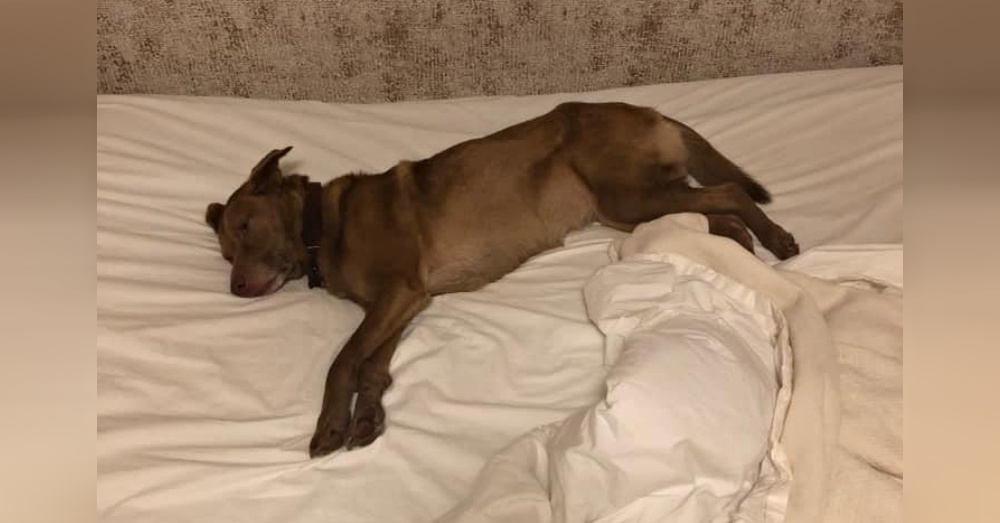 Meadow was brought to a local vet and aside from a few ticks and minor scratches was fine. Lauren thanked everyone who tirelessly searched for her Meadow and said, “Their generosity of spirit, time, and talents were invaluable to me, and there are no words to how appreciative I am to them.”

After Spending Half Her Life In Animal Shelter, Senior Pit Bull Is Finally Adopted: Click “Next” below!