Retired Yarmouth Police Officer and former Marine Peter McClelland spent decades around police dogs. It’s because one of them that he’s been awarded the Distinguished Service Medal by the Massachusetts Police Association.

On April 12, McClelland responded to a call after Yarmouth Police Officer Sean Gannon was shot while serving a warrant. Gannon’s K-9, Nero, was also at the scene, Mass Live reports. McClelland, having helped train Nero when he was just a puppy, was eager to help.

On the SWAT team’s second sweep of the address, they found Nero in the attic, badly wounded. 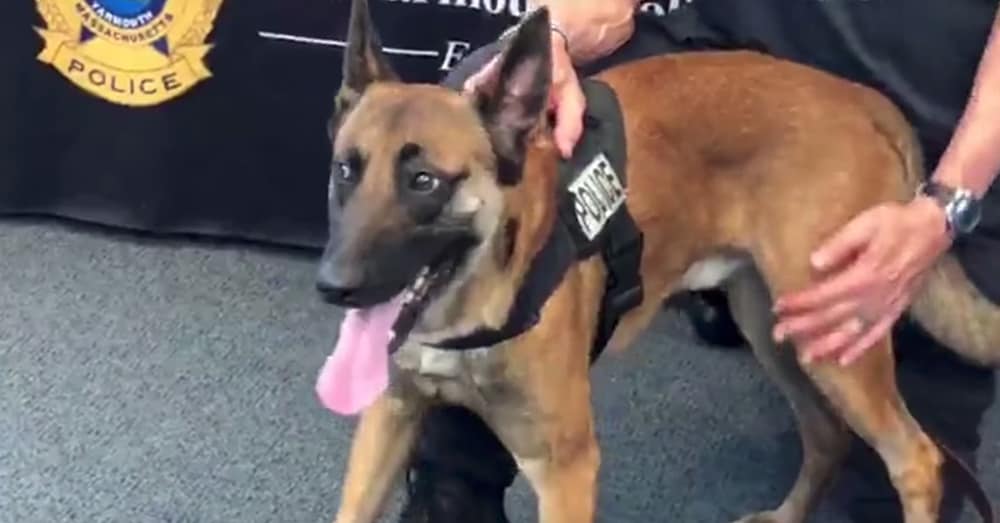 McClelland escorted Nero to a nearby emergency veterinarian, where they found a bullet in the dog’s shoulder. Nero was left with holes in his trachea and esophagus after the shooting, and needed surgery.

McClelland wasn’t about to let him face it alone. 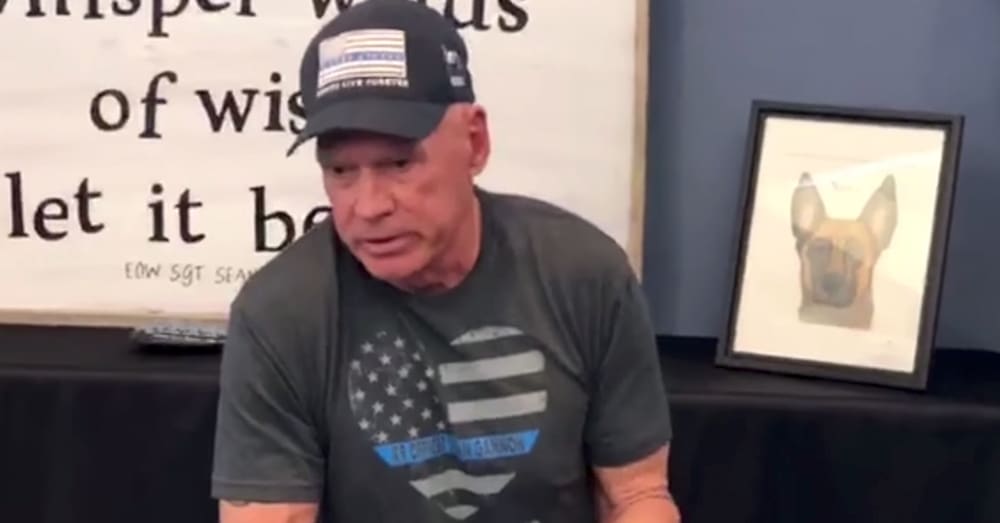 Although McClelland retired from the police force years prior, the department trusted his judgement, and didn’t hesitate to call when a K-9 was in trouble. They knew McClelland wouldn’t let Nero down, and he never did. The retiree stayed with Nero for 144 hours until he was given the all-clear.

“I watched the whole operation, which was kind of special,” McClelland told Mass Live. “I stayed in the ICU for six days with him. We slept together in the crate.” 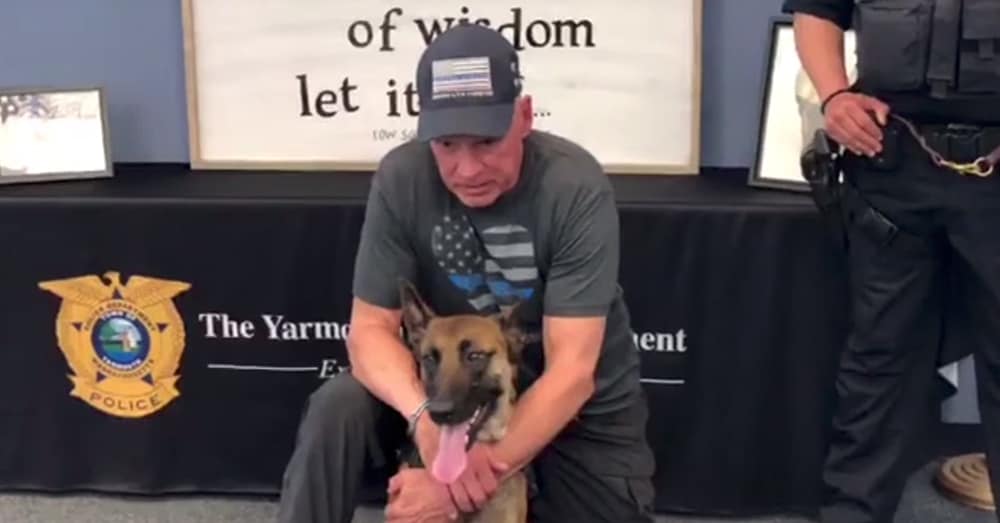 Source: YouTube/Cape Cod Times
McClelland helped Nero get help after he was shot and left in an attic for over 3 hours.

McClelland took Nero home and cared for him during the following weeks. It wasn’t easy, or course. Nero was hooked up to IV drips and needed a lot of attention, but McClelland was prepared for the task.

He was confident Nero would survive.

“Something about it, he just had that look,” McClelland said. “I thought he was going to make it.” 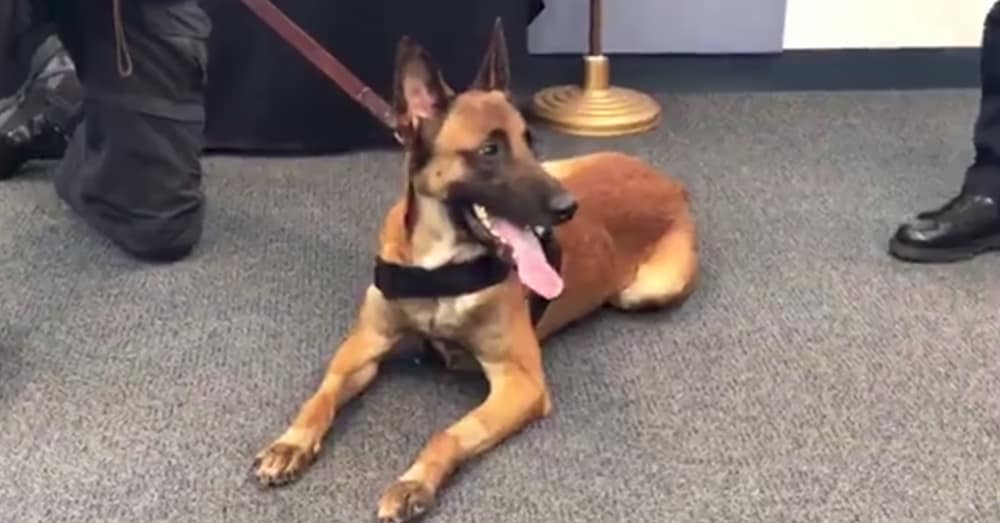 Source: YouTube/Cape Cod Times
Thanks to McClelland, Nero has made a full recovery.

Nero moved back into his former partner’s home in August. Life is much different without Sean Gannon around, but with the fallen officer’s wife, Dara, Nero understands he still has family.

“He’s back where he’s comfortable…Dara’s still there, and he loves Dara to death,” McClelland said. “He can run, jump, doing anything he wants.”

Nero is happy and healthy, once again. 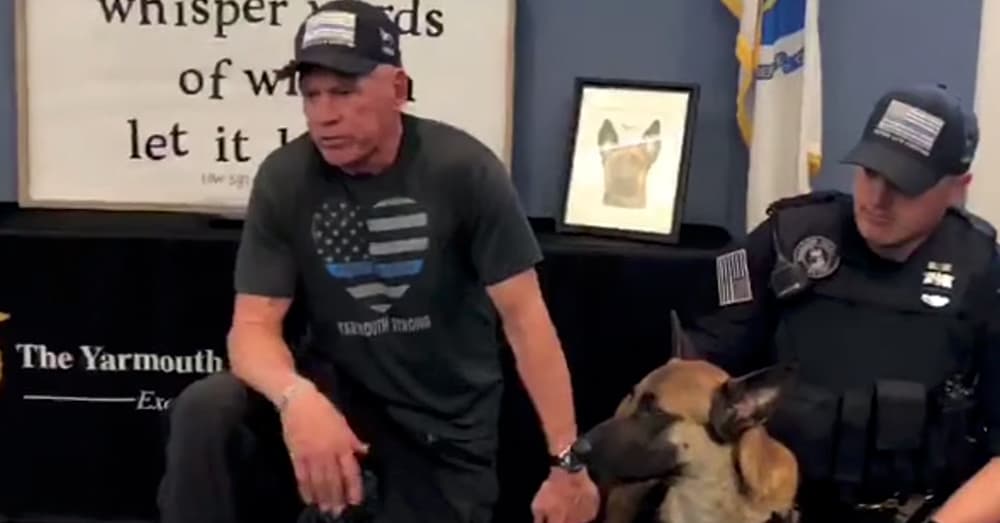 McClelland wishes some of the officers who helped him along the way could get recognition, too. In the meantime, he’ll have to settle for being honored for his heroics.

“The dedication and devotion displayed by Peter McClelland in the aftermath of a tragic line of duty death are in keeping with the highest tradition of police service,” Alissa Burke of West Springfield Police and MPA said at the award ceremony. “The Massachusetts Police Association takes great pride in honoring him with the MPA Distinguished Service Medal.”

Disabled Man Scammed By Online Puppy Sellers: Click “Next” below!