Senior Dogs Who Met 7 Years Ago After Being Rescued, Tie The Knot For One Touching Reason 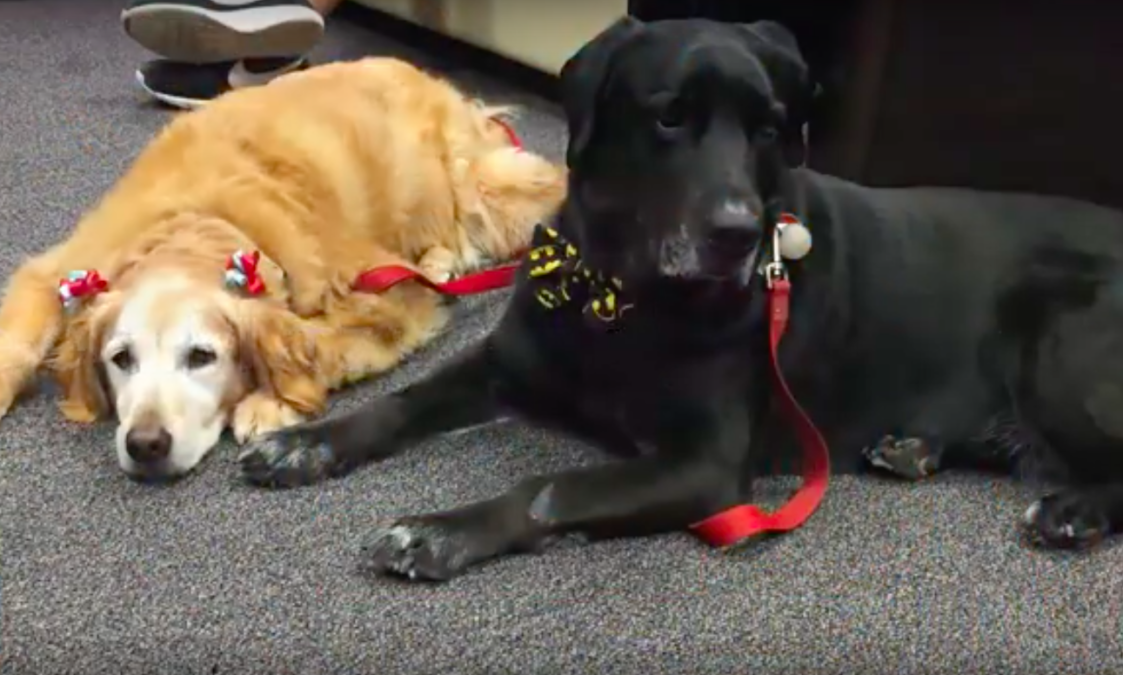 The two of them met not long after they were rescued seven years ago and hit it off right away. Living near each other, they got to have many playdates and enjoyed each other’s company. 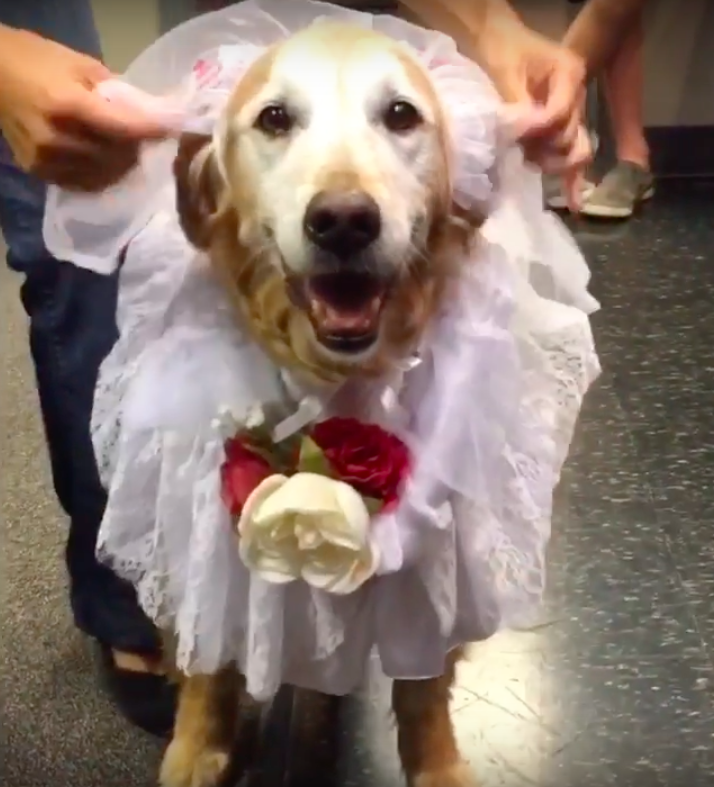 Sadly, Mazy’s family is now moving across the country, but they don’t want to stress her out, so they didn’t think it’d be a good idea for her. That’s when Batman’s family stepped up and said they would adopt her from them.

This meant Mazy will continue to be with her doggy best friend, and the two can live out the rest of their lives together! 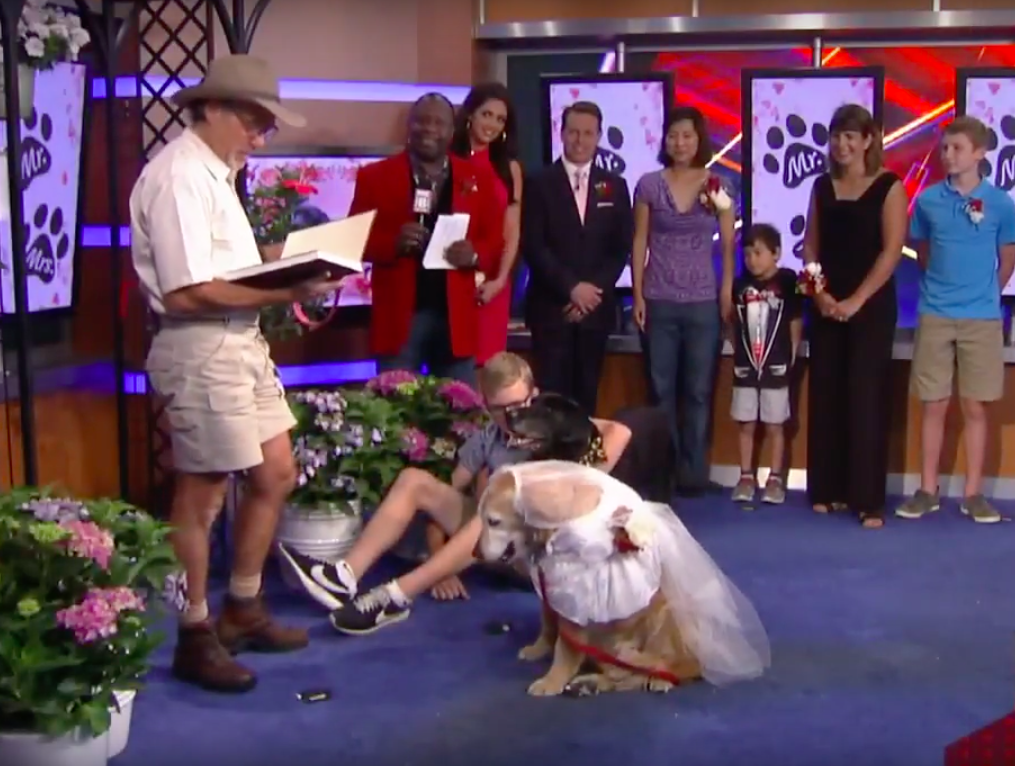 The family thought this called for a celebration, and what better way to celebrate than with a doggy wedding?! Mazy and Batman tied the knot with a pawsome wedding. Mazy was dressed in a beautiful lace dress with a veil and flowers, while Batman was looking ever so handsome in a tuxedo. Gathered by their families and the anchors at Fox 8 Cleveland, the two exchanged vows on television for everyone to see. 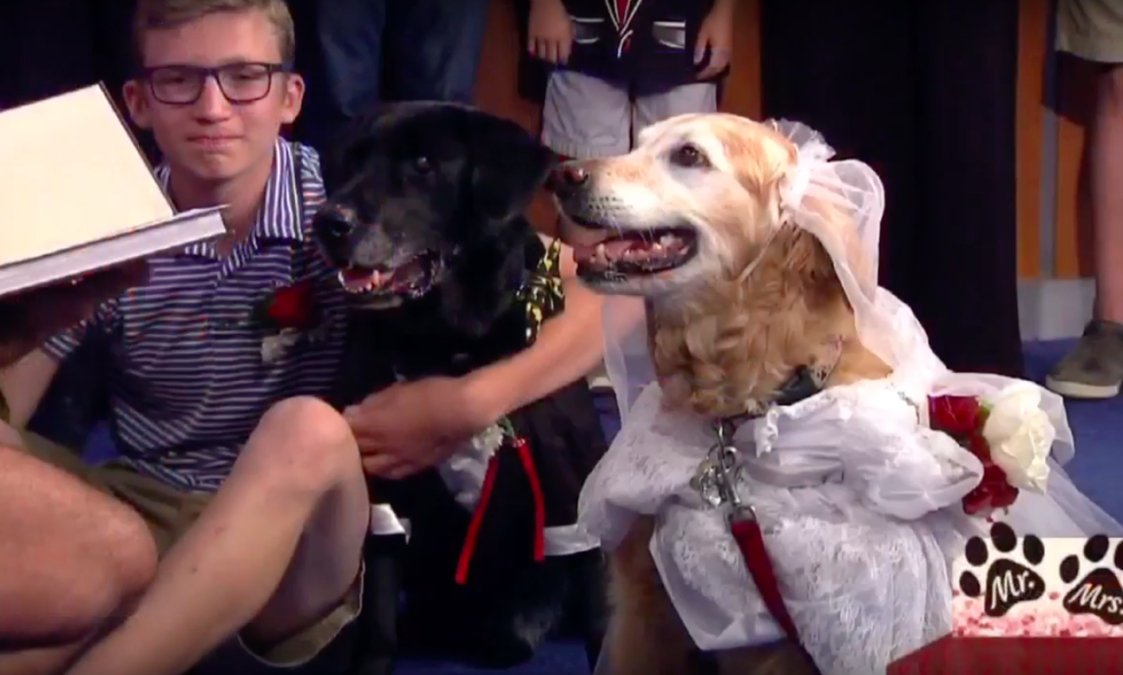 It must be extremely hard for Mazy’s family but at least they know that she is in great hands and will always have her best friend – and now doggy husband – by her side!

Watch the full wedding ceremony in the video below: