Rescued From A Puppy Mill, This Pup Had A Long List Of Illnesses…His Road To Recovery Was Not Easy!

Max, along with his sister and brother, was rescued from a puppy mill where he had been seriously neglected. Not long after the trio’s initial rescue, Max’s sister, unfortunately, passed away. With both Max and his brother in critical condition, they were brought to Dr. Matt of Vet Ranch in the hopes that both puppies would get their second chance.

Dr. Matt’s initial assessment of both Shih Tzus was that they were lethargic and malnourished. After being given fluids, the siblings did perk up some, and Max had even been able to walk around a bit. 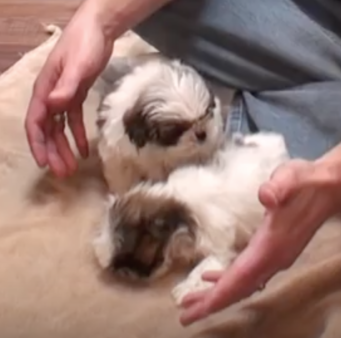 Dr. Matt discovered that both Max and his brother were anemic and had some sort of skin infection that caused blisters on their bellies. They were given medicine to treat their various ailments, food, and more water. The only thing Dr. Matt and his team could do was to support the siblings and wait and see if they would make it.

Despite all of Dr. Matt’s efforts, a few hours after his arrival at Vet Ranch, Max’s brother passed away. The tiny bit of silver lining is that there was still hope for Max. 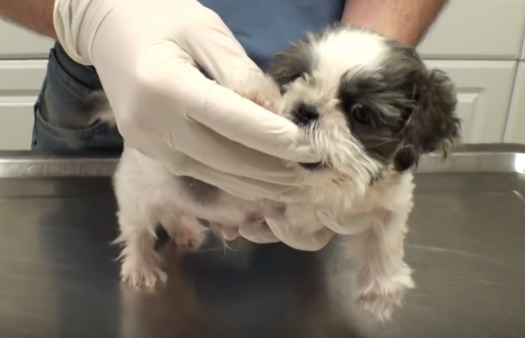 A couple of days later they realized that Max had a case of mange so severe that Dr. Matt had to inject him with antibiotics and shave off all of Max’s fur. Once his fur was gone, they were able to see that Max also had an umbilical hernia, an ulcer in his eye, and limited movement of his tail. Thankfully, despite his long list of illnesses, Max was starting to eat on his own and seemed to be happy.

After over two months into his stay at Dr. Matt’s Vet Ranch, Max was almost 100% healed. The mange was gone, his eye had cleared up, and his tail was wagging happily just as it should! Thanks to Vet Ranch and Dr. Matt’s efforts, Max became a happy, healthy, and rambunctious puppy. He found his forever home in the form of one of Dr. Matt’s clients, a woman named Marta.