After Being Returned To The Shelter, This Black Cat Finally Found Her Forever Home

Earlier this year, Linda Hautala found herself wracked with grief after her 17 ½-year-old cat developed a malignant tumor. “I was devastated,” Linda recalls of helping her beloved pet cross the Rainbow Bridge right before Father’s Day. Linda and her husband already owned a Westie named Schotzy, but she already missed having a cat at home. That feeling was only confirmed when the grieving animal lover went to visit her sister, Jenny, a fellow pet owner living near Tacoma, Washington, with three cats and a dog. 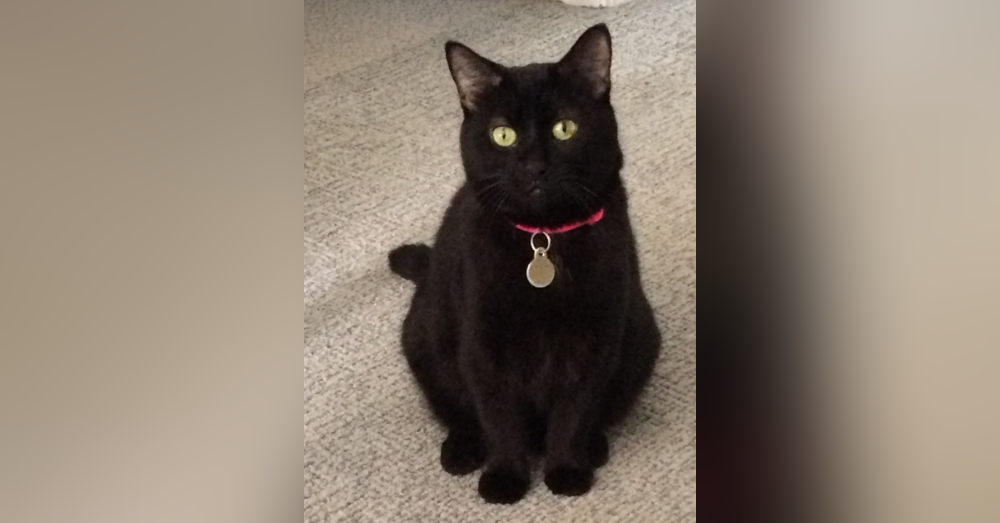 Linda called her husband from her sister’s house, right before boarding her plane back home in Taylor, Michigan. “I informed my husband that I needed another cat in my life and that I’d already picked her out,” she says, recalling the mesmerizing black cat that she’d noticed on Facebook.

That rescue had been living in foster care nearby Linda’s home, at least until a neighbor complained the residence included too many cats. This forced her foster mom, Jacqueline, to part with some of her foster cats, so she took Mavis — who’d been named for the black cat in Hotel Transylvania — and her two litter mates to the Taylor Animal Shelter, which is where Linda first met her. “It was love at first sight!” she recalls of the spry four-year-old cat, who officially joined Linda’s household on July 2. 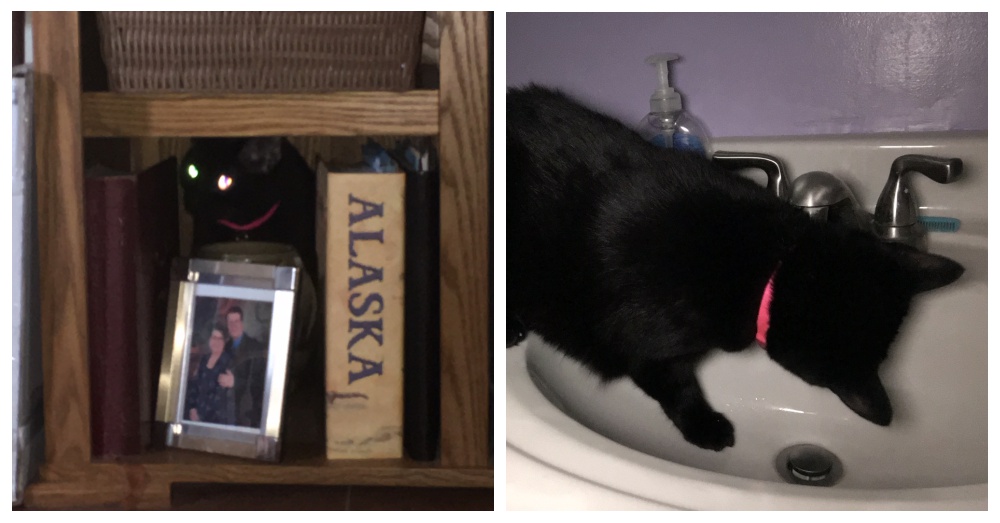 Since then, this frisky feline has infused Linda’s household with playful kitten theatrics, be it drinking directly from the faucet, “hiding” in the bookcase, or watching sports on TV. The cat also struts back and forth along the edge of the bathtub, playing peek-a-boo, whenever Linda takes a shower.

For the most part, Mavis — who nowadays goes by Pip, for Pipsqueak, or Linda’s “itty, bitty, pretty, kitty” – just wants to play with her humans. Once when Linda was reading the news and not paying Mavis/Pip sufficient mind, the cat climbed up Linda’s back, sat on her neck, and swished her tail in Linda’s face until Linda finally put down her phone. 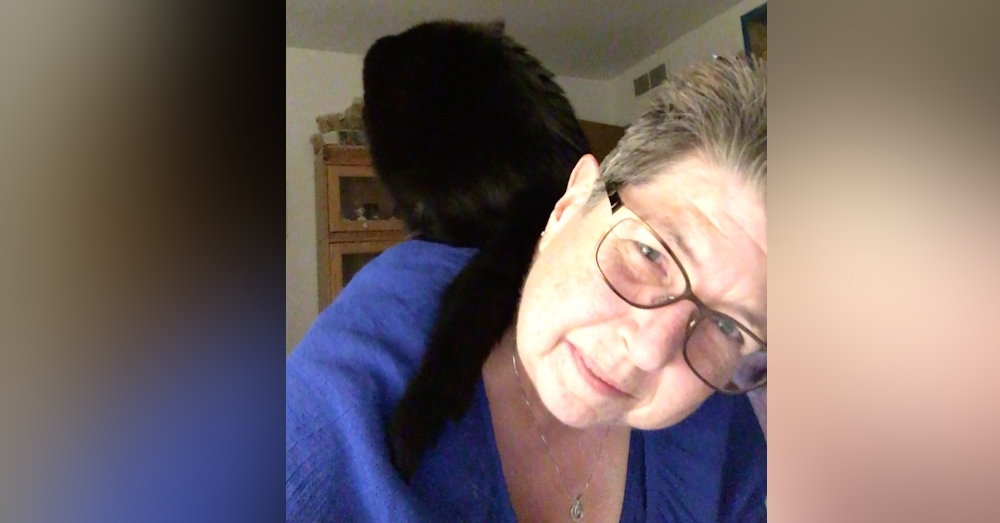 At first bedtime was also an adventure, because Mavis had never had her own cat bed before. The morning after Linda’s husband brought the cat’s first bed home, Linda found Mavis curled up on the floor in front of it, unaware she was supposed to sleep inside.

This prompted some training on behalf of Linda’s husband, who lined the bed’s interior with cat treats and placed the animal inside to show Mavis this was her special new place. And while Mavis still loves snuggling at Linda’s ankles in the big bed during cool weather, she enjoys plenty of cat naps in her own bed throughout the day. 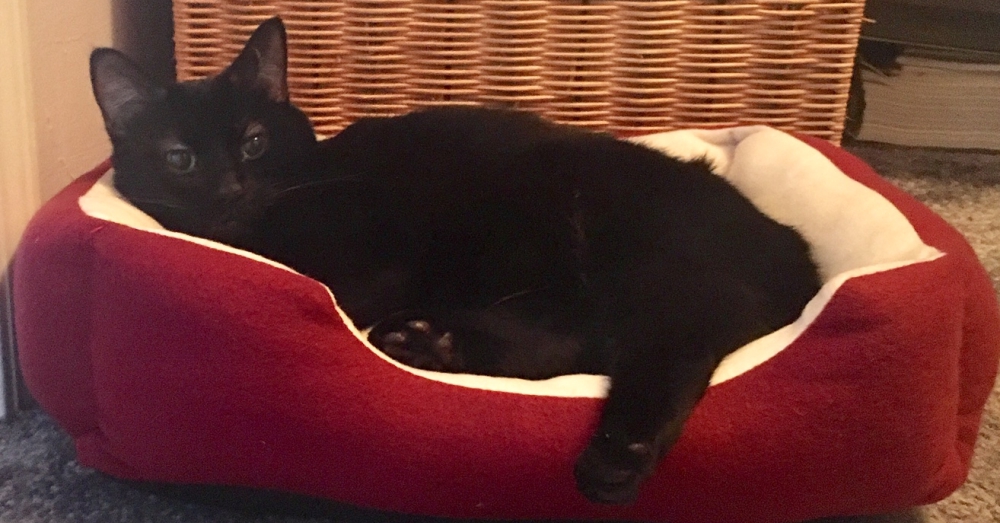 Like most of us cat lovers, Linda frequently posts about Mavis on Facebook, occasionally on the page of the Taylor Animal Shelter where Linda adopted Mavis.

One of those posts caught the attention of Mavis’ foster mother, Jacqueline, who turned out to live only two miles away from Linda! “Now they know where she is, that she’s much loved and well cared for and they no longer worry about her,” says Linda, who has since struck up a friendship with this fellow cat-lover and her daughters, who regularly visit and even cat-sit.

“Please consider adopting a shelter animal,” Linda wrote in a touching tribute to Mavis posted on The Animal Rescue Site earlier this year. “They are so grateful to become a part of your family.”