“He Thinks Walmart Bullied His Dog.” Boy With Autism Turned Away Because of Service Animal

Before 10-year-old Maverick got his service dog, Abner, he wouldn’t have gone near a Walmart. He is mostly nonverbal and doesn’t like change and new places, but Abner keeps him “calm and stable.” Maverick also has a tendency to run off and has no sense of fear, making his service dog very important for his safety.

“Sometimes Abner has been the difference in Maverick living,” says Janet Butt, his grandmother.

Having Abner has changed Maverick’s life in a number of ways, and his family is grateful that he now has the opportunity to accomplish things he couldn’t have done without his dog. 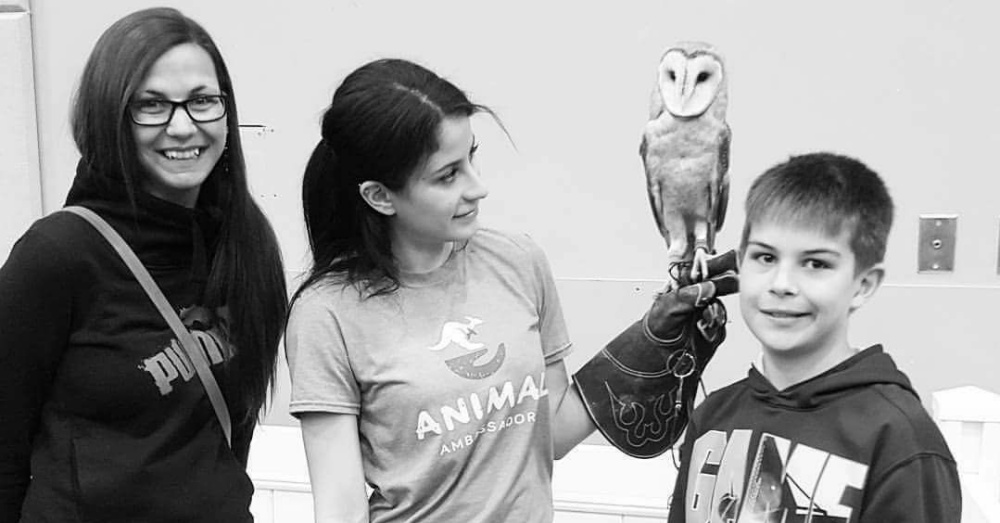 But not everyone thinks Abner is so great. One day, as the dog was accompanying Maverick and his grandparents on a shopping trip to Walmart, an employee approached the group to complain.

Maverick was taking a while to look at each individual Lego box on the shelves, and Abner had laid down on the ground to wait for him. That was when the woman walked up to them and asked what the dog was doing.

Butt and her husband explained that Abner was working as a service dog for Maverick, but the employee said she’d need to see his papers as part of protocol. 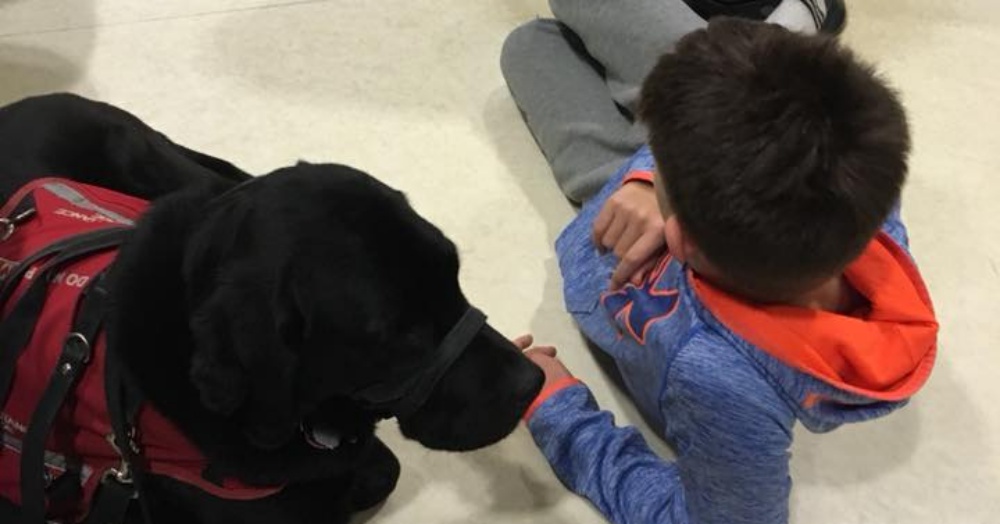 Ms. Butt knew that wasn’t the case. In fact, it was in that very same Walmart that Abner received a portion of his training to become a service animal.

“I got certified with my public service access at that store,” Butt says. “I was never asked to provide paperwork, identification, nothing.”

After that, she says, the employee began to get more aggressive and said she could not accept the vest as proof that Abner was a working dog. And the longer she continued to demand to see the papers, the more upset Maverick became. “Accept? Accept?” he started asking anxiously. 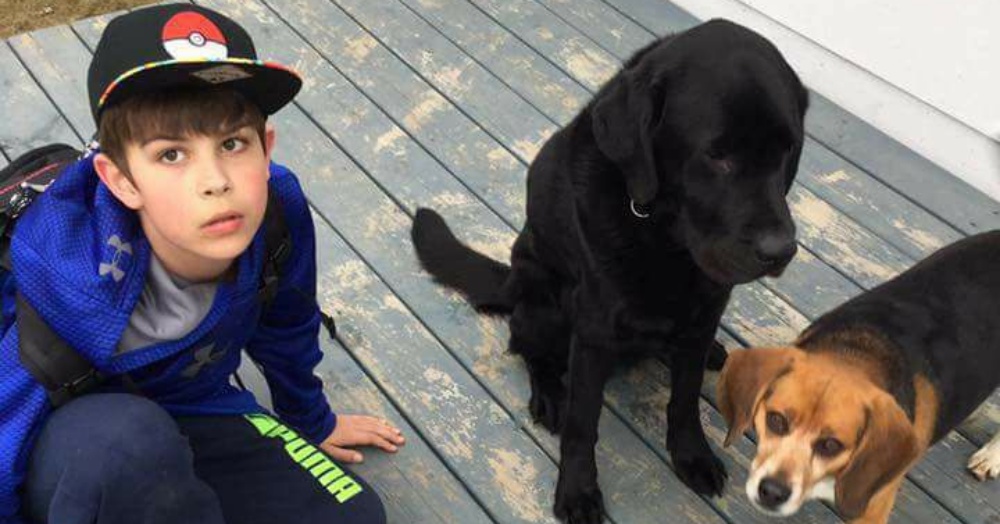 “In my household, when the volcano starts to rumble, you try to quiet the rumble,” says Butt. So she sent Maverick, Abner, and her husband out to the car while she tried to talk to the woman, but to no avail. The family was forced to leave the premises.

“What a nightmare. Poor Maverick gets asked to leave Walmart in Corner Brook because an employee says she doesn’t accept Abner to be a service dog. Abner was IN his vest. That wasn’t enough. The employee pestered my parents about providing paperwork; all the while Maverick is beside himself because of the goings-on. What a way to turn Maverick from ever wanting to shop again. Thanks a lot, Walmart Canada, for making a little boy with autism feel so unwelcome at your store. The poor child was too afraid to go into your store until we were blessed with our service dog, and now he will probably never return. How could you allow your employees to treat special needs children so horribly? I don’t normally ask this, but please, Facebook friends, share this post as much as you can. Walmart needs to be accountable for this.” 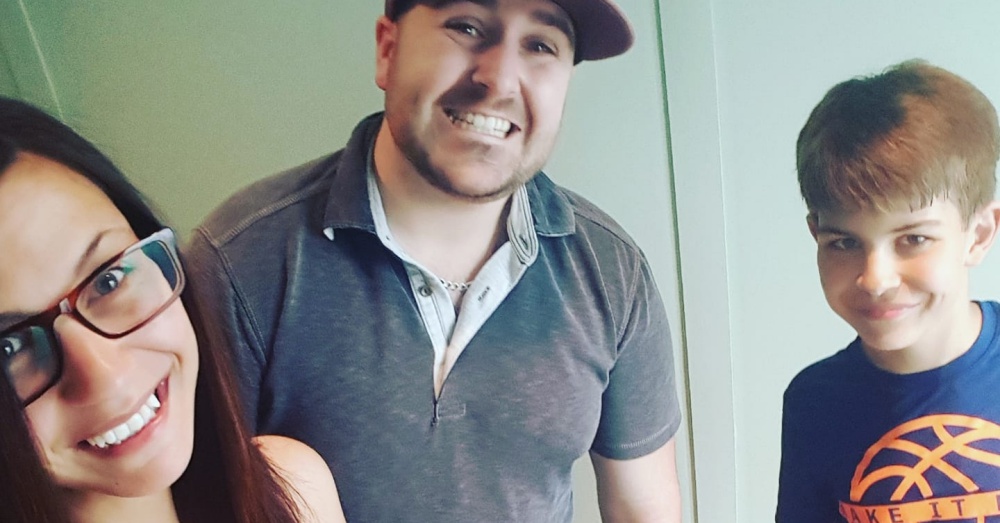 Janet Butt says Walmart has not reached out to the family with a formal apology or an adequate explanation for what happened. But they did respond to the Facebook post. 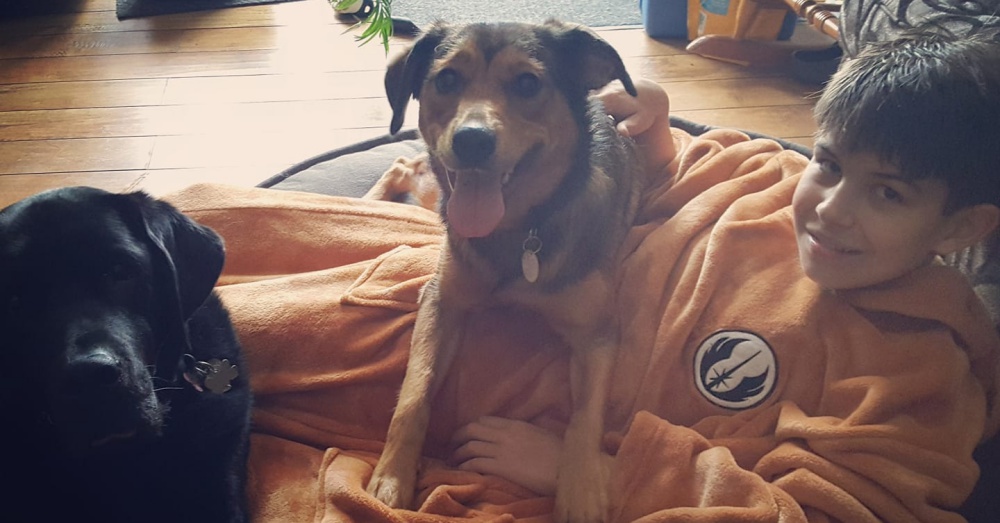 Butt says there’s even a sign at the store’s entrance saying service animals are welcome in Walmart. She can’t understand why they would hire or maintain the employment of anyone who did not understand how service animals work or who would refuse to allow one in the store.

She says Maverick “feels that Walmart owes Abner an apology.” Only time will tell whether he will get it.

Airline Staff Refuses To Let Girl With Autism Fly With Service Dog: Click “Next” below!