His Life Fell Apart After He Returned Home From War. Then, She Came Along And Everything Changed…

Life after deployment was anything but easy for Army veteran Matthew White. He served two tours in Afghanistan from 2007-2010, and wound up developing PTSD.

As if that wasn’t bad enough, he also had to have his leg amputated. He had anxiety, sudden outbursts of anger, and insomnia. All of these bad feelings led him to drinking away the pain. 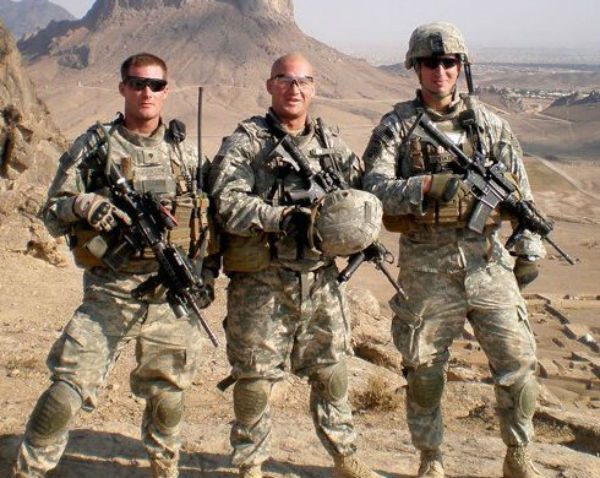 White began working with an Occupational Therapy Assistant, Harvey Naranjo, and paired him with a facility trained K-9 named Sergeant Major Deuce. They worked well together, but the talk therapy wasn’t providing the necessary emotional relief, so he told White that he should get a dog. 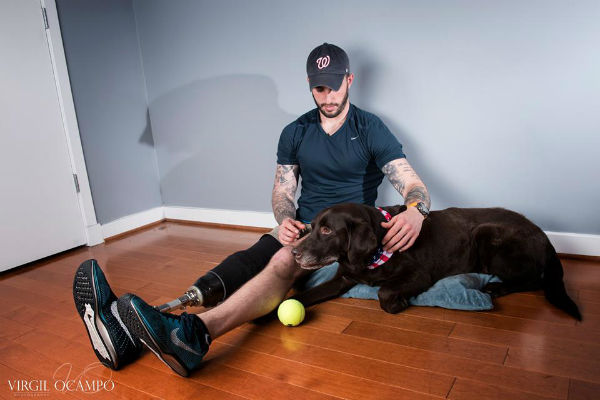 White had never owned a dog before, so he didn’t have the experience with one, nor did he think he needed a service dog. But then, he met Nike. Naranjo saw Nike at an adoption drive and knew she would be a perfect match for White. He ended up adopting her, and it was the best thing he could have done! 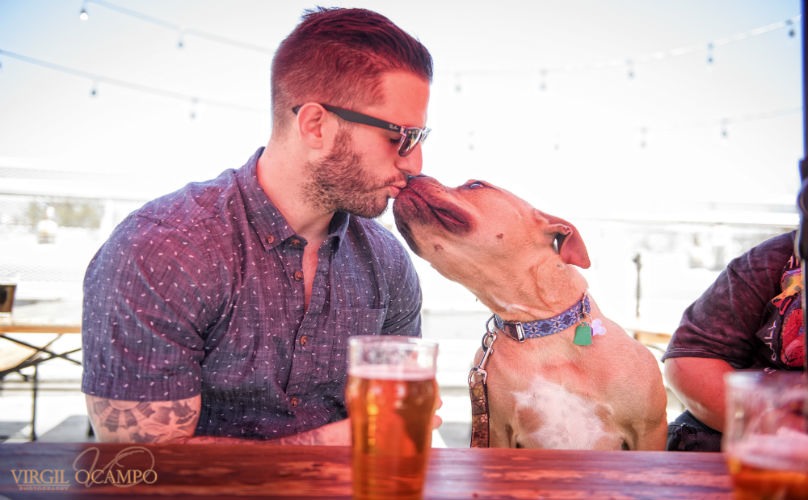 White has had Nike for almost three years now, and their bond is so special and stronger than ever. She has helped him come out of his shell and make him feel more like himself again. Thanks to her, he has rejuvenated his love for running and sports. 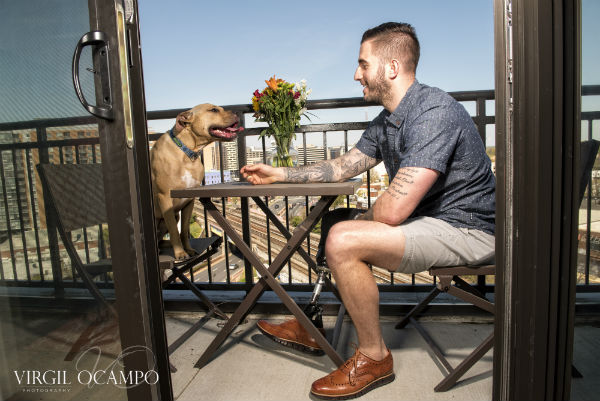 Nike is an extremely friendly dog and is very affectionate. White doesn’t understand how Pit bulls are so discriminated against and why not everyone loves them. When they had to move, he couldn’t find a place to live because many places wouldn’t allow Pit bulls. 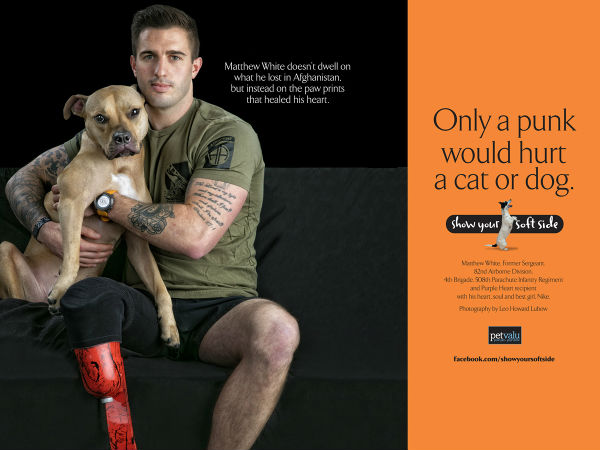 This led White to begin working with a Baltimore-based organization, Show Your Soft Side (SYSS). SYSS was founded by Sande Riesett in September 2011 when she grew tired of seeing how many animal cruelty stories there was in Baltimore. Their mission is to bring awareness to rescue animals and raise funds for shelters across the country and around the world. They also try to dispel these myths about rescue animals and breeds that are deemed “aggressive,” like Pit bulls. 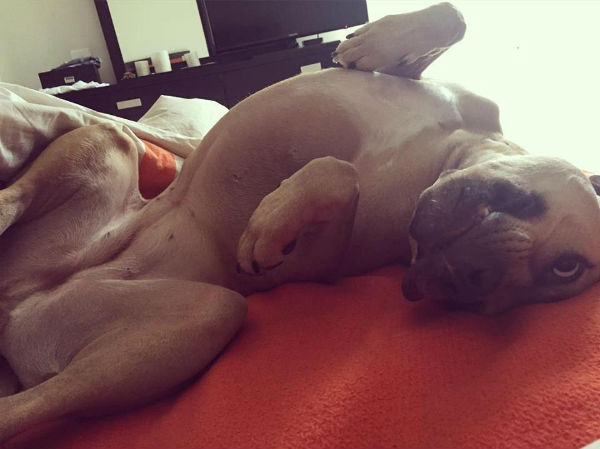 Since Nike has come into White’s life, he has finished school, started volunteering at a local animal shelter, and has just become a new homeowner. We are thankful for White’s service, and also thankful that Nike was able to help transform his life! Listen to White’s story about Nike in the video below: