10 Animals That Mate For Life

These animals make a life-long commitment when they find their significant other. They are the rare 3-5% of the animal kingdom that are monogamous. There is no document that binds them, just unwavering loyalty and love.

While some of these animals are symbols for everlasting love, others may surprise you. 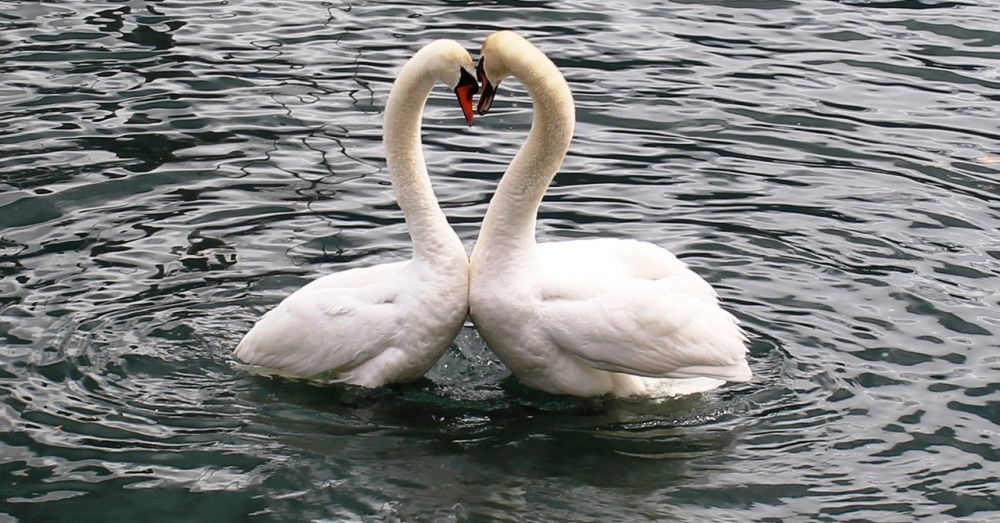 Swans are universal for love that last a lifetime. Their heads come together to form a heart and their beauty is captivating. The pair is loyal to each other and will only look for a possible new mate if one passes away. They are very protective of their territory and are quick to defend it. 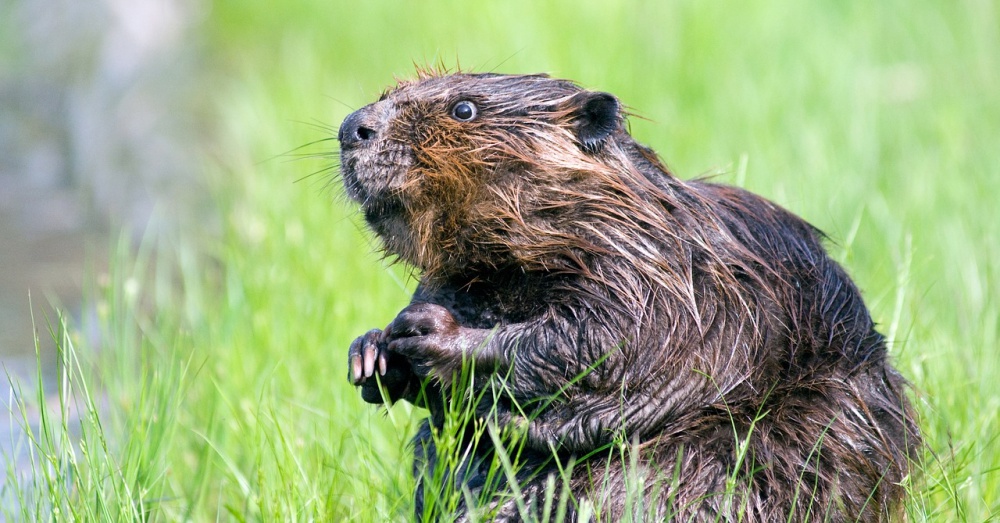 Beavers not only mate for life, but both parents care for the offspring. The offspring, “kits”, stay with their parents until two when they will leave and look for a mate. They have a true partnership.

Aside from their loyalty to their mate, they are essential to the environment. According to Beavers And Wetlands, “Beavers’ ability to change the landscape is second only to humans.” When they are not busy building dams, they like to play practical jokes. 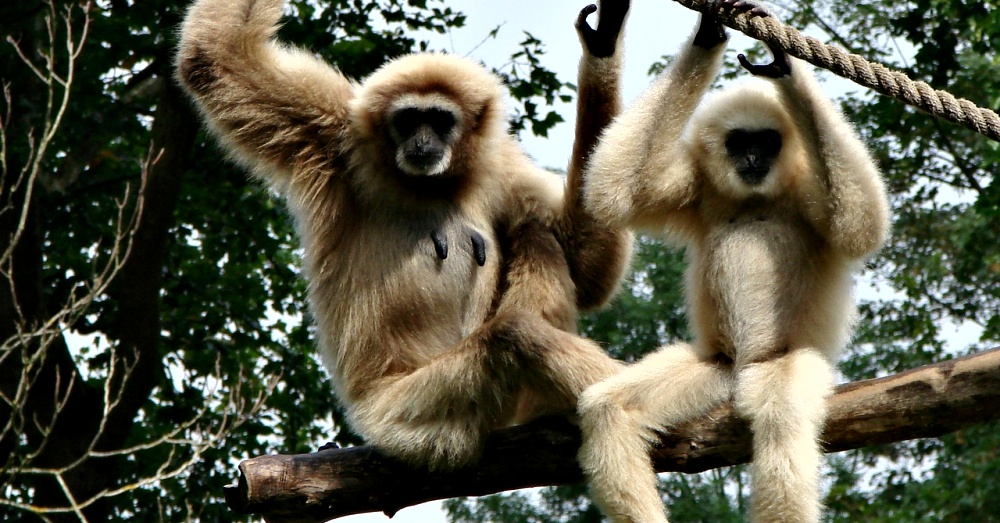 Gibbons are small apes that choose a mate for life. Once they have found that special mate, they protect their home with a loud song every morning that lasts roughly 30 minutes. They live most of their lives in the trees and travel from tree to tree by swinging on the branches. Enchanted Learning states, “A gibbon family has a territory of about 30 to 50 acres of old-growth rain forest. Each morning upon awakening a family group of gibbons loudly announces its presence in the forest, using a territorial hooting call and menacing gestures. This call warns other gibbons to stay out of their territory (and especially away from the local fruit trees).” 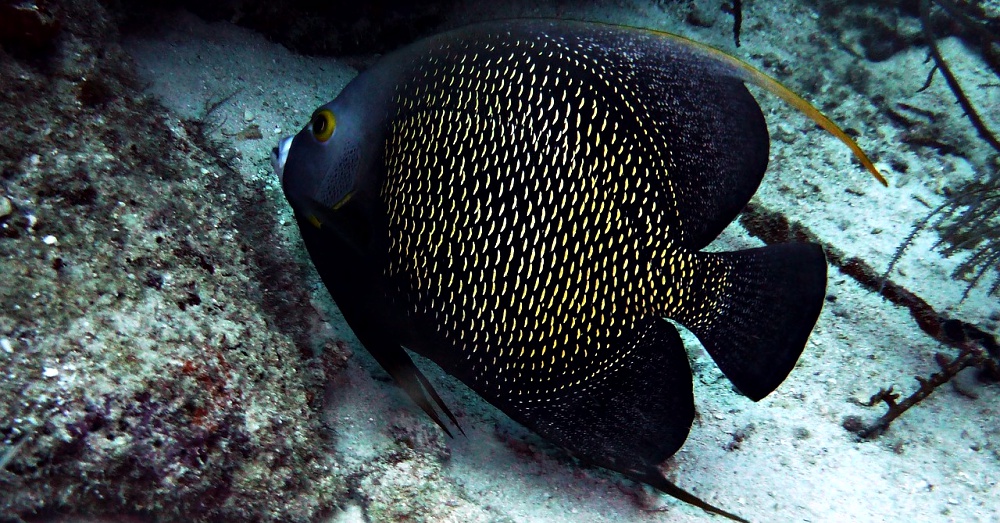 French Angelfish are often seen in pair, that is because once they find a mate they stick with them. Together they defend their territory from other fish. These striking colored fish are thin-bodied and found swimming in the Atlantic Ocean near coral reefs. 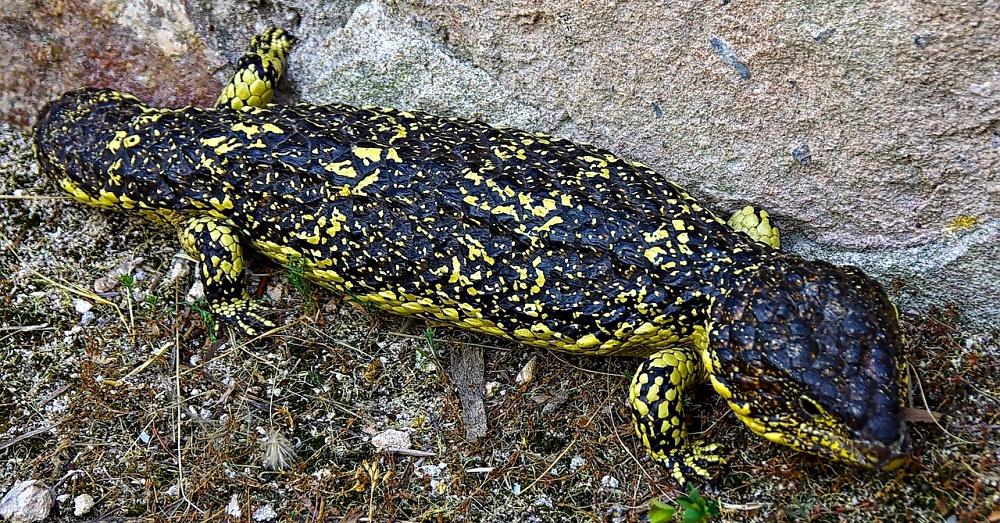 These blue-tongued lizards can be found in Australia with their lifetime mate. Some have been with the same partner for 20 years. However, the heavy armored lizards do not live together for most of the year and just come together during mating season. The mating season is between September and November reports Australian Museum. They have been spotted in New South Wales crossing the road together, with the male following the female. 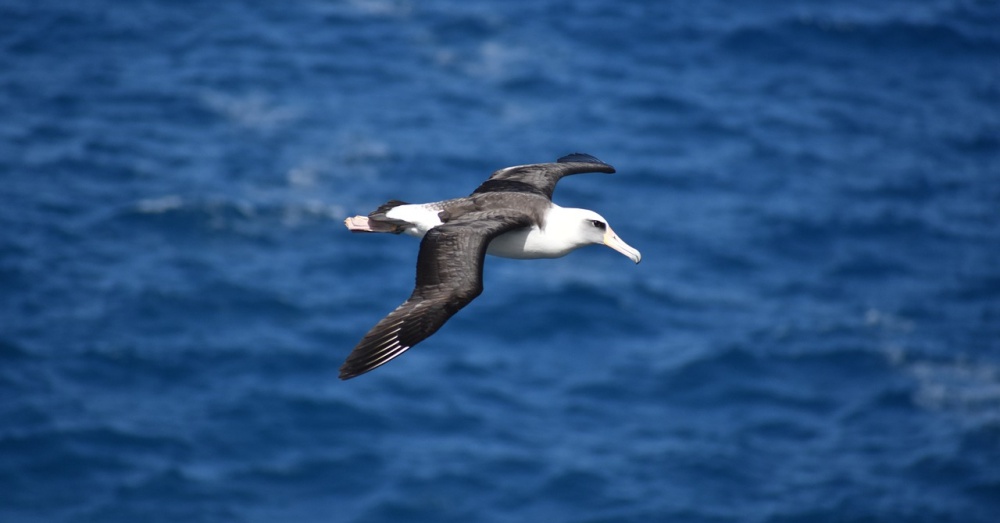 These magnificent birds not only mate for life, but have an impressive wingspan of up to eleven feet! They are rare in that they drink the salt water from the ocean and can glide on the ocean breeze for hours without flapping their wings. “These long-lived birds have reached a documented 50 years of age. They are rarely seen on land and gather only to breed, at which time they form large colonies on remote islands,” states National Geographic. 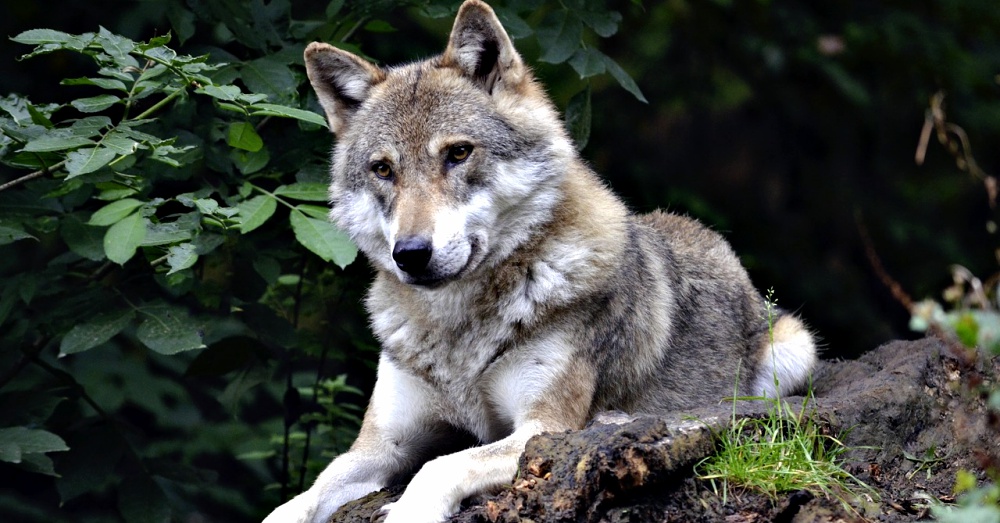 Although wolves travel and live in packs, there is only one male and female that mate. The “Big Bad Wolf” is a monogamous animal. The “alpha male” will mate with the same female and the others take care of the offspring. The offspring stay with the pack until they reach the age of 2 to 3, when they leave to start their own pack.

“Wolves live and hunt in packs of around six to ten animals. They are known to roam large distances, perhaps 12 miles in a single day,” according to National Geographic. 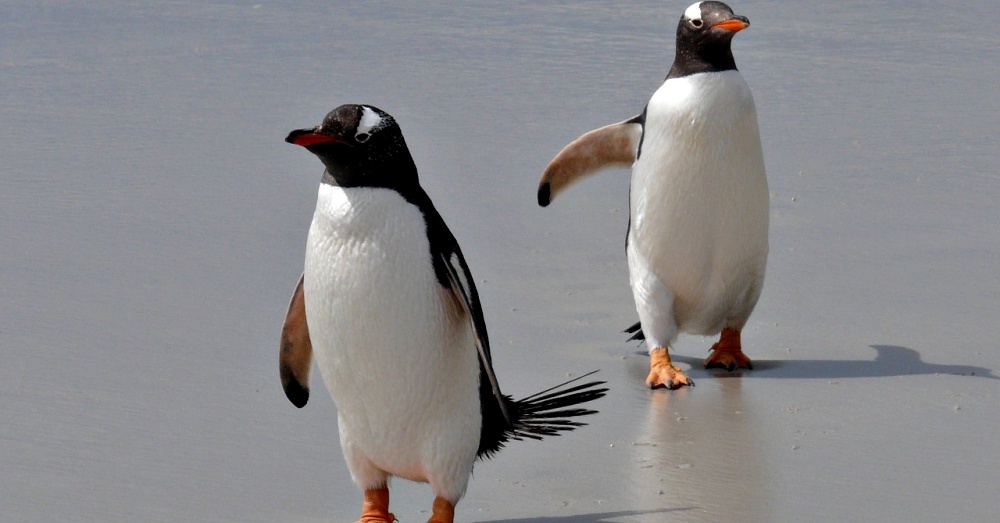 African, Magellanic, Gentoo and Royal penguins are all monogamous, while some other species are serially monogamous. Emperor Penguin are with the same partner for the breeding season, but the following year they may find another mate. So they are only faithful during that one breeding season.

Even though some species may not be as loyal as others, both parents prepare the nest and care for the offspring. “A behavior hardly seen in many species of animals,” states Penguins-World. 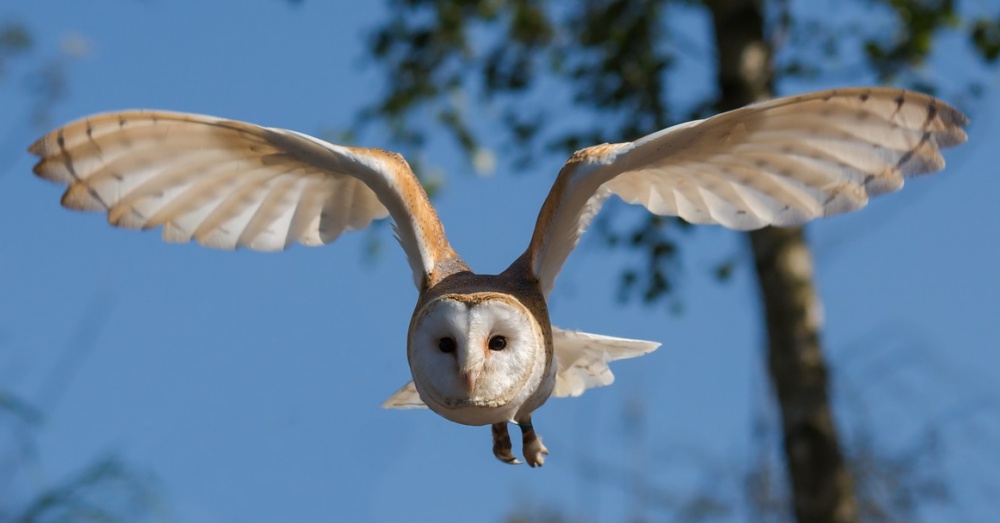 These fascinating birds find a partner and stay with them for life – on one condition. Barn owls sometimes “divorce” their partner if they are not producing enough offspring or chicks are not surviving. Either partner may choose to leave to search for another partner. “When a pair is making a lot of babies, the birds remain quite loyal—and that chick-making relationship only gets better with time because the two mate more often, potentially maximizing the size of the family long-term, reports National Geographic. 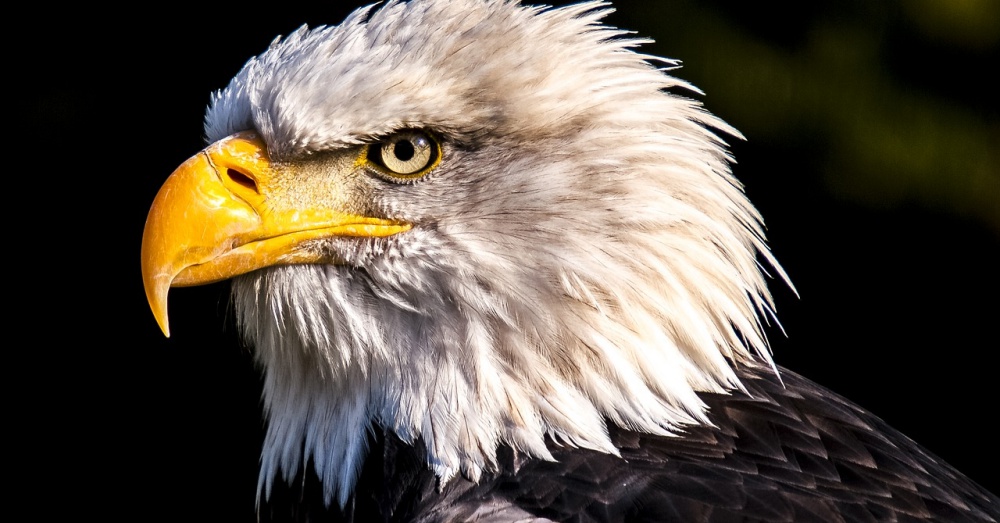 The iconic Bald Eagle picks a partner and stays faithful for life. If one partner dies, then the other may look for a new mate in breeding season. The secret to their monogamous lifestyle may be that they do not stay with their mate during migration or winter.

“A pair constructs an enormous stick nest—one of the bird-world’s biggest—high above the ground and tends to a pair of eggs each year,” states National Geographic.

While monogamy is hard to find in animals of all species, these ten are proving that it is possible. This may be another thing we can learn from animals.