Outrage Ensues After Matador Wipes Bull’s ‘Tears’ Before Killing Him

Bullfighting is a bloodsport and needs to be banned worldwide. Spain is known for the inhumane event and people continue to attend, so matadors will continue to kill and torture bulls for “entertainment”. Animal abuse is not entertainment.

A heartbreaking and outraging spectacle took place at a bullfight in Seville, Spain. A matador tortured a bull for 30 minutes by stabbing him with four spikes, known as “banderillas”. The gravely injured bull had blood running down his legs and turned toward the killer. 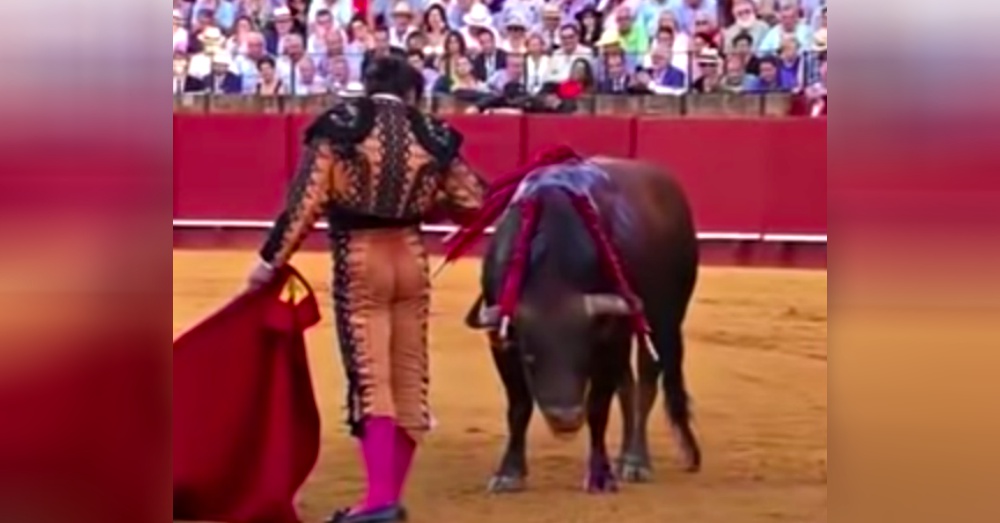 The matador identified as Morante de la Puebla took a handkerchief out of his pocket and proceeded to wipe the bull’s face before he killed him. This disturbing act was defended by some as a sign of respect. However, the world is outraged and calling for a ban on the bloodsport. 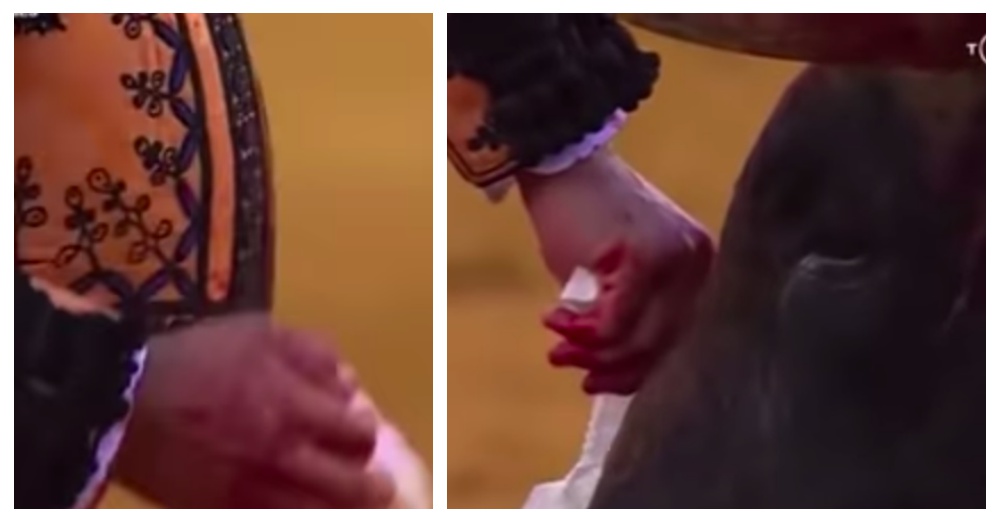 Silvia Barquero, Spain’s Animalist Party Against Mistreatment of Animals, said, “Only a twisted and perverse mind would be able to torture an animal until blood drips down its paws and wipe a piece of paper from its face with a handkerchief. The matador disguises his eerie lack of empathy. Abolish bullfighting NOW!”

Others shared their opinions on social media. One posted, “To me this scene produces an enormous sadness. Animals do not have the wickedness of the human being. These people do not have a heart. I just hope that life puts them in their place😔.” Another said, “ABOLITION, one of the most cruel, bloody, violent and unequal legal activities.” 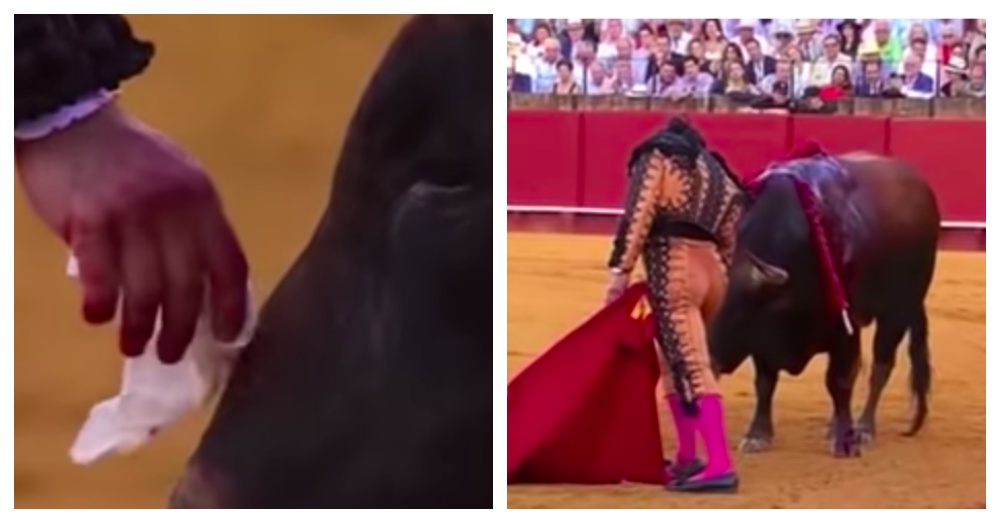 Yet another wrote, “It is incredible to what extent the human being can be cruel. We have to end this. It’s not culture, it’s torture!”

Bullfighting needs to be banned. Please share this story and tell your friends and family not to attend this bloodsport!