Cat with Breast Cancer Gets Mastectomy

Ariel is a young and playful tabby with a friendly disposition who would make the perfect companion cat. But her journey to get adopted is likely going to be a longer one than normal, as she’s got some breast cancer treatment and recovery to get through first.

Feline breast cancer is 91 percent preventable just by spaying your female cat before the age of 6 months, but, sadly, that wasn’t done for Ariel, who was found on the streets as a stray. However, she was saved from the dreadful disease (as well as a chilly Spokane winter) at the perfect time. 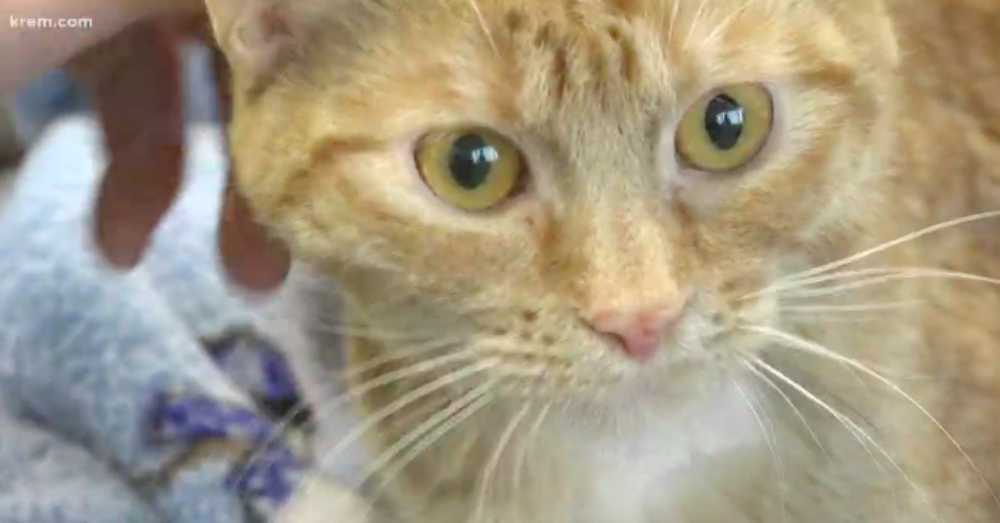 When Ariel was brought to the SCRAPS shelter in January, a veterinarian did a routine examination on her, and it was discovered that she had breast cancer. This type of cancer is common in cats, especially those that aren’t spayed, but Ariel’s particular form is rare and needed special treatment. 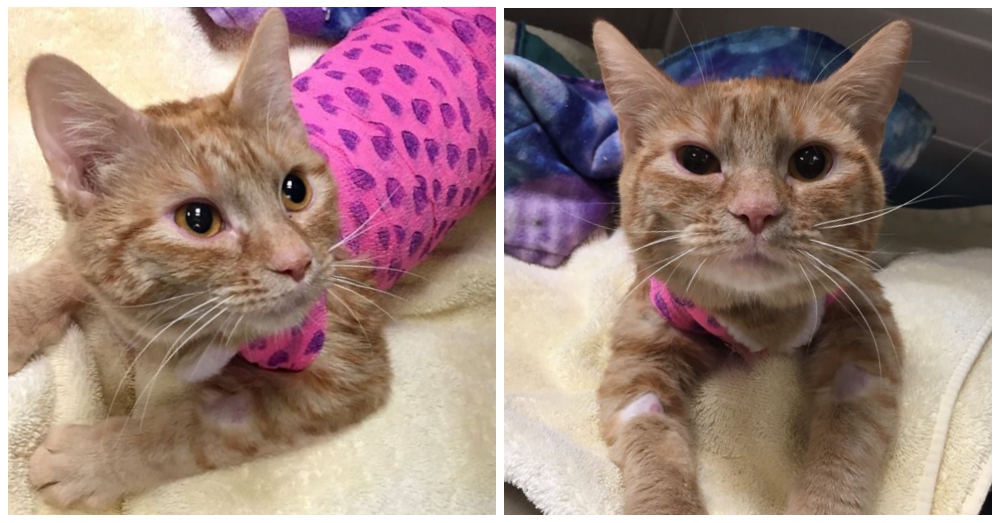 As part of her treatment, Ariel has undergone a double mastectomy at Medical Lake Veterinary Hospital. Following her first surgery, she had to have her entire chest wrapped to protect the area while she healed, and she wasn’t a big fan of that bandage. However, once she was able to have it taken off, she began opening up to staff members and has become a fun and engaging little kitty. 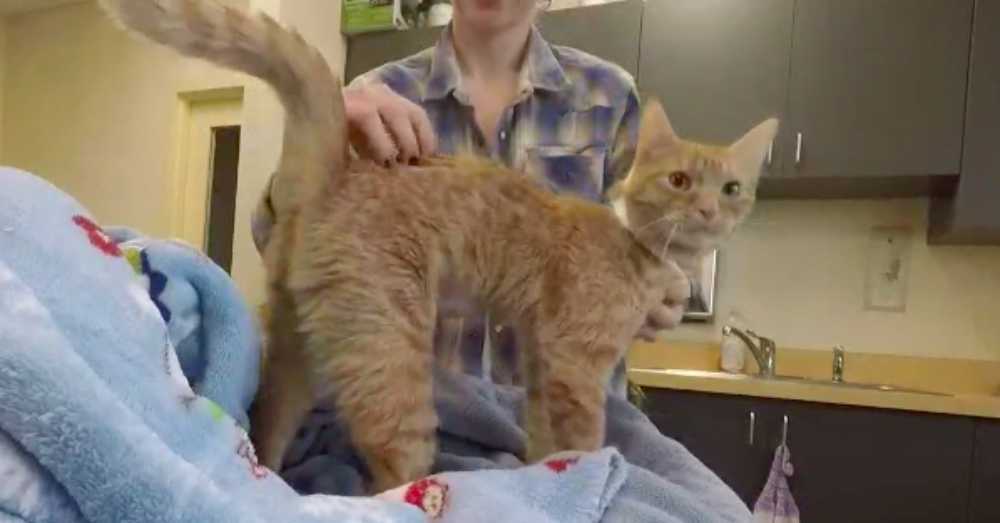 The SCRAPS shelter’s Hope Foundation helped pay for Ariel’s surgery, but staff hopes that her unique story will help bring in more donations to replenish funds so that other animals can have life-saving surgeries and other medical procedures as well.

SCRAPS staff says Ariel has a good long life ahead of her once she recovers from cancer treatment. Now all she needs is a loving home. 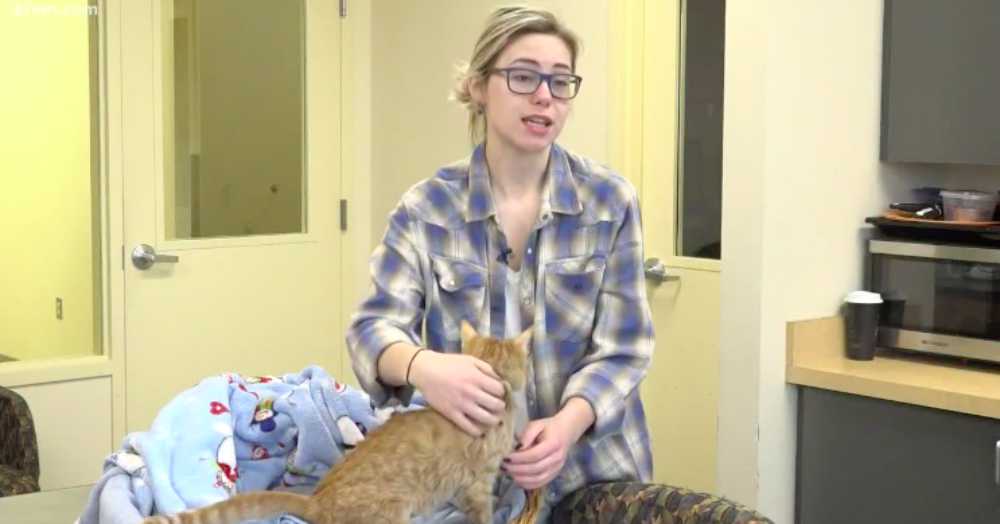 “She is on the younger side,” said SCRAPS staff member Brooklyn Robinson. “She is pretty small, so she will grow a little bit bigger, but right now she’s just an excellent companion cat who would be super playful and friendly when she is all done with this medical stuff.” 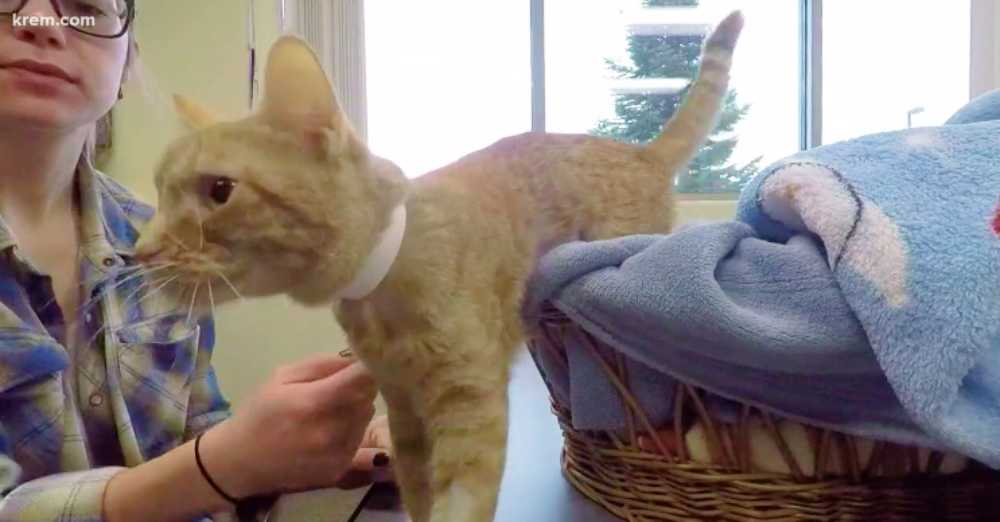 SCRAPS staff is planning to find a foster family for her for now, but they also hope the person she gets placed with will consider adopting her for good.

We can’t see any reason not to love this frisky and downright beautiful feline. See more of Ariel and learn how you can adopt her in the video below.