Stray dogs are cautious and defensive when it comes to humans. Their trust must be earned. Most will run away or try to bite people – even if they are trying to help them.

Hope for Paws received a call about a stray dog that was living under a building. One of the workers, Mike Badger, left food and water for the dog daily, but noticed the dog was injured. He called the rescue for help.

Loreta and Eldad arrived at the warehouse and Mike brought them to the spot where the stray dog usually hid. However, the dog was nowhere to be found. They continued to search the area and finally spotted him resting against a wall. 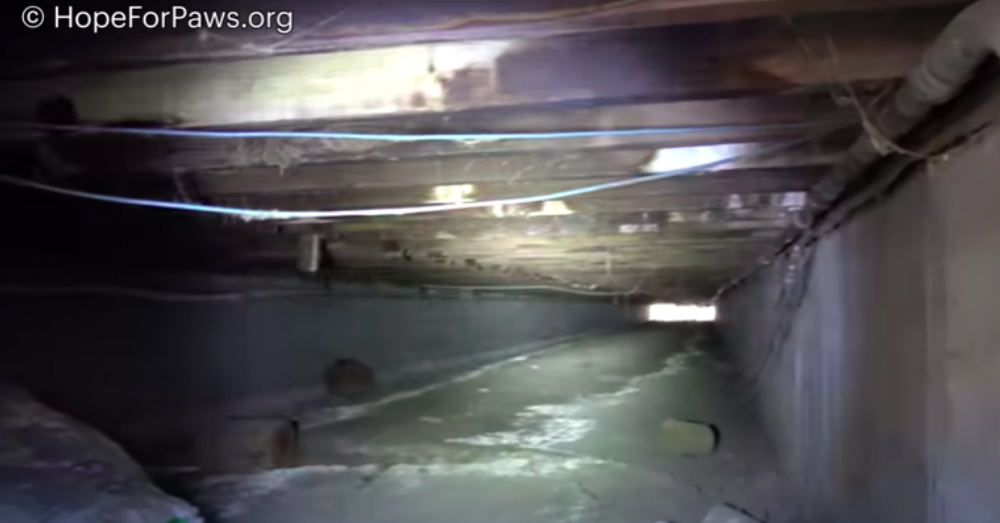 The terrified dog also spotted them and started to run. Rescuers ran to catch up to the dog and hopefully catch him before he made it to the street. 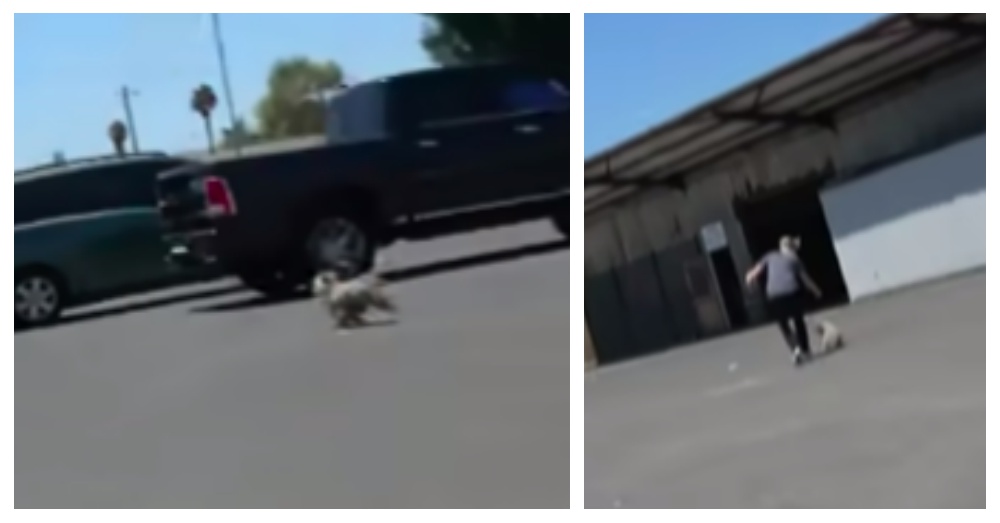 While this was not their intended method for capturing the dog, they did not want him to get away. Loreta sprinted ahead and was able to catch the dog. He was severely matted and very defensive. The little dog showed his teeth, growled and attempted to bite anyone that came close. 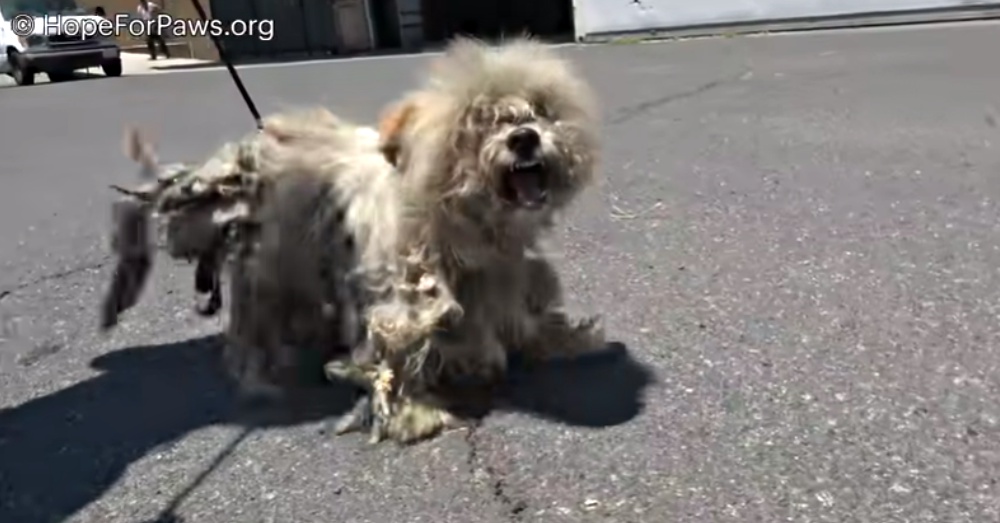 To try and show the dog that they were there to help and not hurt him, they offered him some food. Loreta broke off pieces of a tasty hamburger and the starving dog quickly gobbled up the food. Eventually, she was able to pet his head and decided to name him Masik, meaning honey or babe in Russian.

Loreta carefully scooped up the little dog making sure she did not cause him any pain. They thanked Mike for contacting them and headed to the vet. 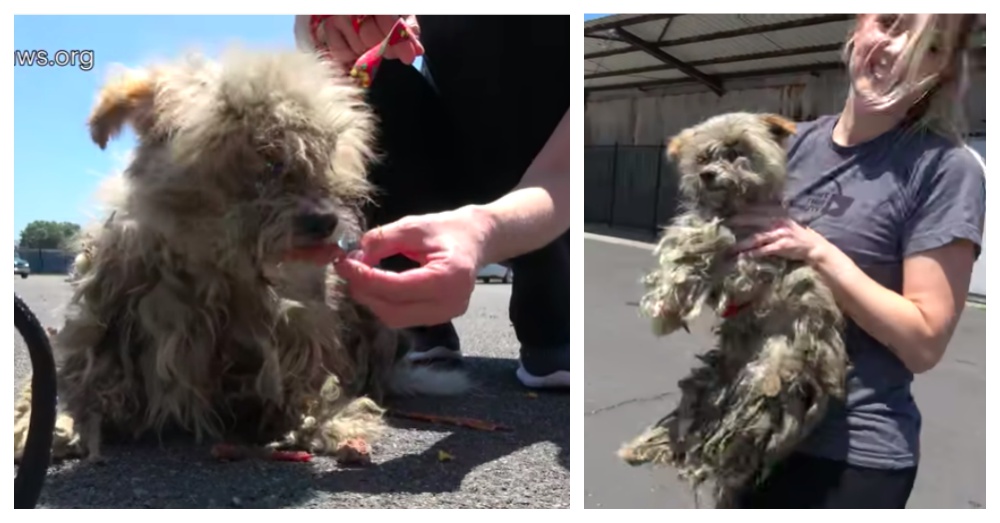 Masik was matted right to the skin and covered in fleas, so the vet sedated him as the team worked on body clipping him. In addition, they X-rayed his body and discovered that he had a broken pelvis. The vet performed surgery and Masik was on the road to recovery. 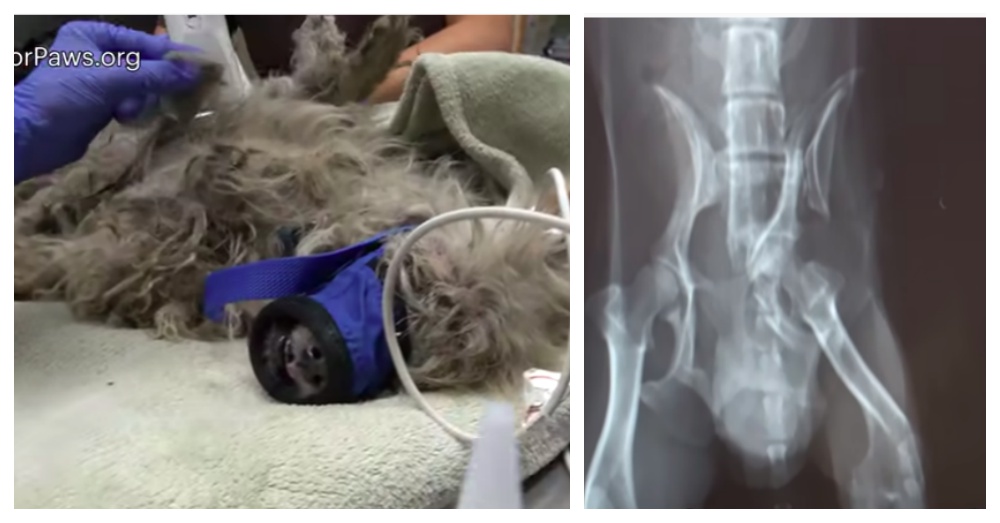 L.A. Animal Rescue stepped up to foster Masik until he found his forever home. Loreta and Eldad visited him a couple weeks after his surgery and he was a completely different dog.

Masik was happy, friendly and running around the backyard. The sweet boy realized that not all people are bad. “We don’t know what happened to him but it was obvious that he had been on the streets a long time. He most likely never knew what it was to have a place to call home,” wrote the shelter. 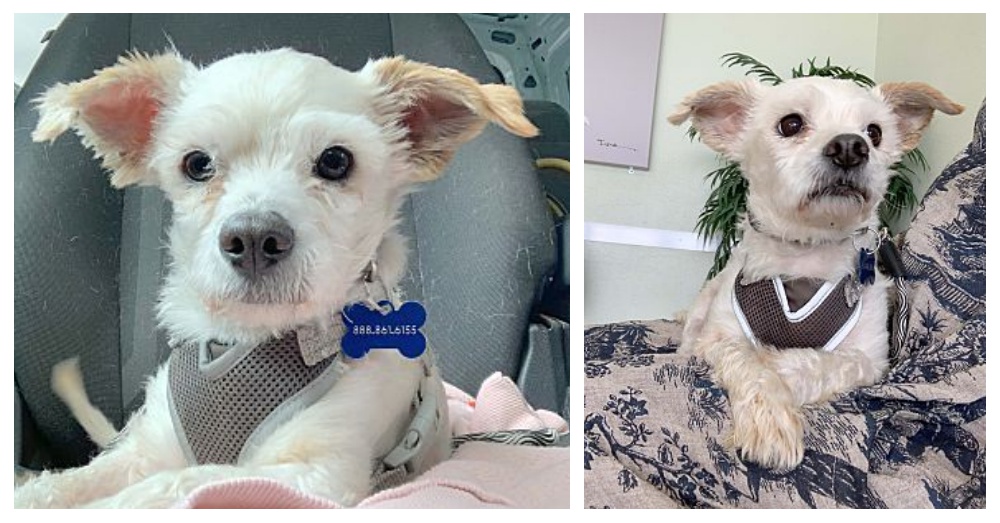 He is believed to be a 3-year-old terrier mix and weighs just 11 pounds. He gets along with other dogs and cats and is already house trained. He loves car rides and is looking for a loving and patient family, preferably without children. Masik is still learning to trust people, but once he does he turns into a love bug. If you are interested in adopting him, you can apply here.

Dog Suffering From Chemical Burns Was Dumped Like Trash On The Side Of The Road: Click “Next” below!