What’s In The Box? Masha The Cat Began Wailing When She Saw

Abandoned children and harsh winters are not uncommon in fairy tales. But so long as their hearts are pure, their wits sharp, and their resistance to the temptation of sweet treats resolute, they usually make it through to the end with a happy ending.

In real life, it’s a crime to abandon a child. There are no fairy godmothers, no kind elves, and typically no Cheshire cats to help them survive their plight. Sadly, it’s a crime some still feel compelled to commit.

A baby left alone in the cold Russian winter has little chance of survival. Entire armies have withered and perished on a February march to Moscow, so the fate of a baby left in a cardboard box in Obininsk is anything but bright. 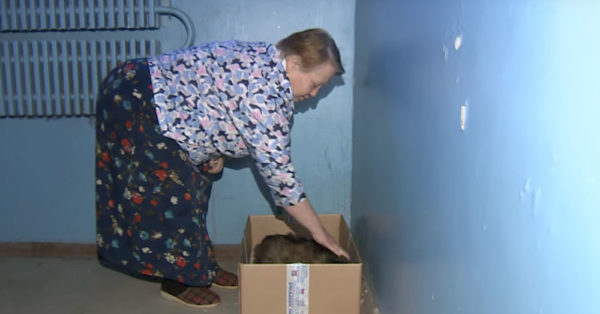 Source: YouTube/RT
Irina Lavrova and Masha the cat investigate where the baby was found.

Finding such a box on a cold winter’s day, tabby cat Masha felt compelled to look inside, Liftables reports. Along with a few diapers and some jars of baby food, there was a shivering infant boy in danger of freezing to death.

So Masha did what came naturally. She covered the baby with her insulating fur and began meowing for help. 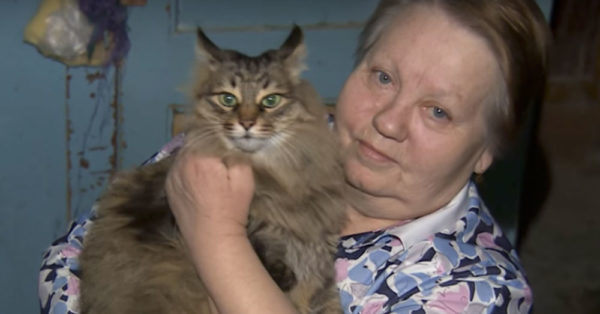 Nearby, Irina Lavrova heard Masha’s pleas, but, unlike her normal chatty visits, her voice had a tinge of urgency. Lavrova rushed out to see if Masha had been hurt and discovered the real reason her feline friend was calling.

Lavrova immediately took the child to the nearest hospital, thankfully early enough to avoid any long-term injury from exposure to the cold. A doctor placed the baby’s age at less than 12 weeks old, Liftables maintains. 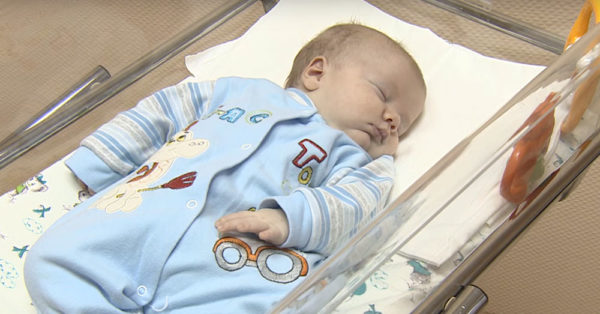 The baby was given a clean bill of health and cleared to leave the hospital. Meanwhile, Masha was waiting patiently back at home for her new young one to return. Catster reports she even tried to accompany Lavrova and the baby in the ambulance as they left.

Russian history is full of folk heroes, some more fictional than fact. Today, in the town of Obininsk, a cat named Masha has become one of those legends, and her story is as true as they get.

Click the button below to read about another amazing rescue, one that starts off with a heartbreaking sight no parent should see.