When rescuers from the Rescued ‘n Ready Animal Foundation (RnRaf) first met Marvel, the extremely malnourished street dog was roaming the streets of Tulsa, Oklahoma, was a sharp piece of metal tubing wrapped around his neck.

Nobody knew how pipe got around the dog’s neck, or how long it was there for, but the stray was rushed to the clinic for emergency treatment. When veterinarians cut the metal away, they discovered a deep gash across the dog’s head and neck. The wounds were so severe that rescuers wondered how this anemic, tick-covered dog had even managed to eat.

But despite his sorry state, rescuers were impressed by the street dog’s will to survive. Despite his discomfort, the dog wagged his tail for rescuers, giving them hope he would eventually recover. They decided to name this sweet pup “Marvel.”

Two days later, Marvel had regained his appetite and seemed to be growing stronger. “Stay tuned, he is doing great!” rescuers wrote on Facebook. “These pics don’t show his gaping wounds, but you can see he is comfortable in a lovely bed a new friend of his donated to him on Saturday.”

But despite all his progress, Marvel suddenly passed away the next day following surgery. “Today’s procedure was necessary to continue the healing of healthy tissue and drain fluid,” rescuers wrote. The surgery itself went fine, but Marvel’s heart suddenly gave out as vets stitched him up. The team rushed to administer CPR and other drugs to revive him, but nothing worked.

“We are all crushed and saddened by his sudden passing,” RnRaf’s founder, Amy, wrote of the dog’s sudden death. “I honestly believe that had he been rescued and saved sooner, tonight’s post would be different.” 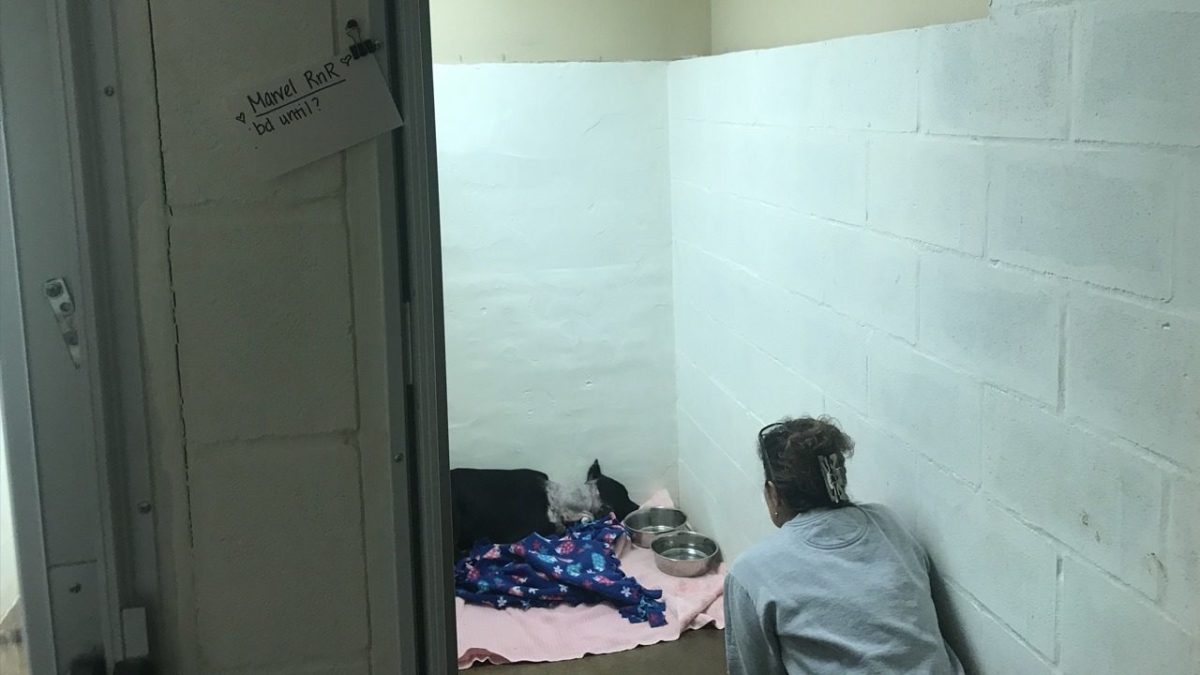 Even so, rescuers took comfort in knowing Marvel experienced comfort and love in his final days. “He had four solid nights on a warm bed with loving hands to tend to his every need. He had chicken breast and meals 3 times a day. He had a new bed, plush blankets and a lot of love and prayers along the way,” Amy wrote. “Every rescue animal deserves that kind of attention, but for Marvel, he surely earned it.

“He has known love and he will certainly never be forgotten.”

Find out more about Marvel’s rescue in the video below!

Dog Found With Carabiner Through His Neck With Heavy Chains Hanging Down: Click “Next” below!