Former swimsuit model Elizabeth Hoad, 49, was once in a relationship with golfer Seve Ballesteros, she canoodled with Formula One driver James Hunt, and went on hundreds of other dates that fizzled out after the first few moments. One she met online even turned out to be married.

“I tried every app – MillionaireMatch, Tinder, but didn’t have any luck. Maybe it’s me?” she asked. 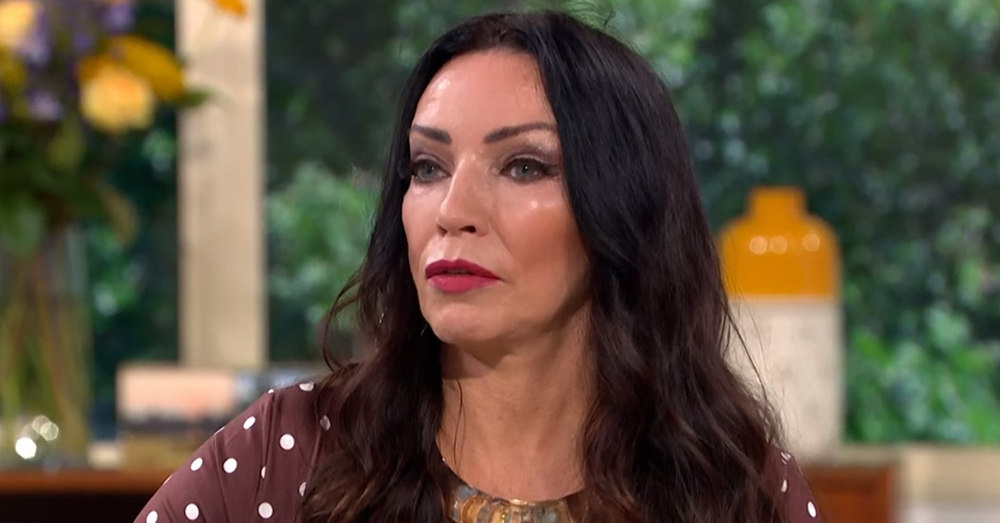 Source: YouTube/This Morning
Elizabeth Hoad was a swimsuit model in the 1980s.

After all this time, she’s finally found someone loyal, a four-legged, furry friend named Logan.

“I found the one and I love him,” Hoad said. 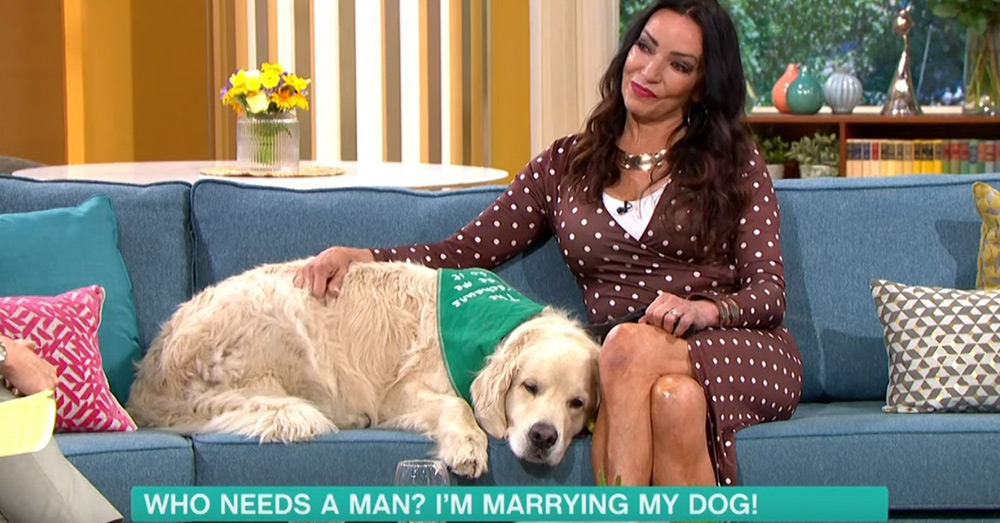 According to the New York Post, Hoad, mother of a 25-year-old son, married her dog on British morning talk show “This Morning” in front of a live audience, and thousands of viewers around the UK. 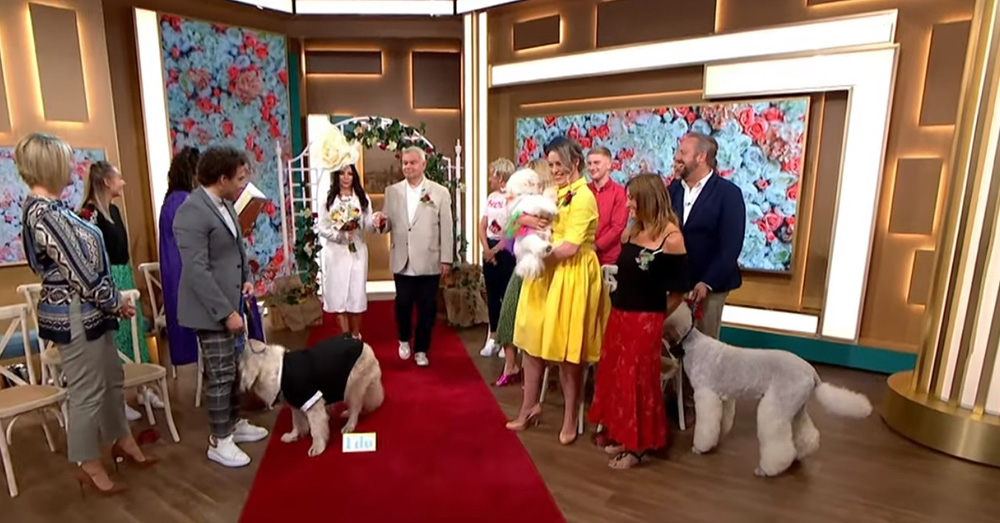 Source: YouTube/This Morning
The ceremony was staged on a morning talk show.

“All that I have in my doggy treat cupboard I promise to give to you,” she said during the televised ceremony, officiated by show host Alison Hammond, with “Love Island” UK winner Kem Cetinay standing in as Logan’s best man.

Hoad read her vows aloud, then kissed Logan on the mouth, receiving a few licks in return. 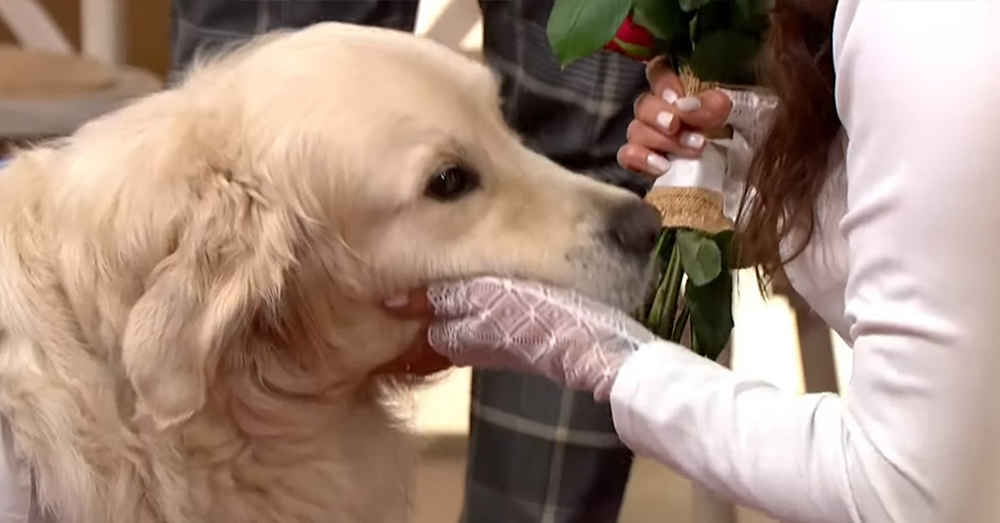 Logan is flirting with another woman in the 2nd picture. Guess who will be sleeping in the dog house tonight.

I see non of his family showed, they must not approve of the marriage.

Former model Elizabeth Hoad has "found love" in her Golden Retriever and decided to marry him!

Would you marry your pet? 🐶💍

Logan looked dapper in his special doggie tuxedo, and though he wasn’t in tears seeing the blushing bride, he owes his life to her. Hoad adopted Logan not more than a year prior. The two have obviously become best friends ever since. 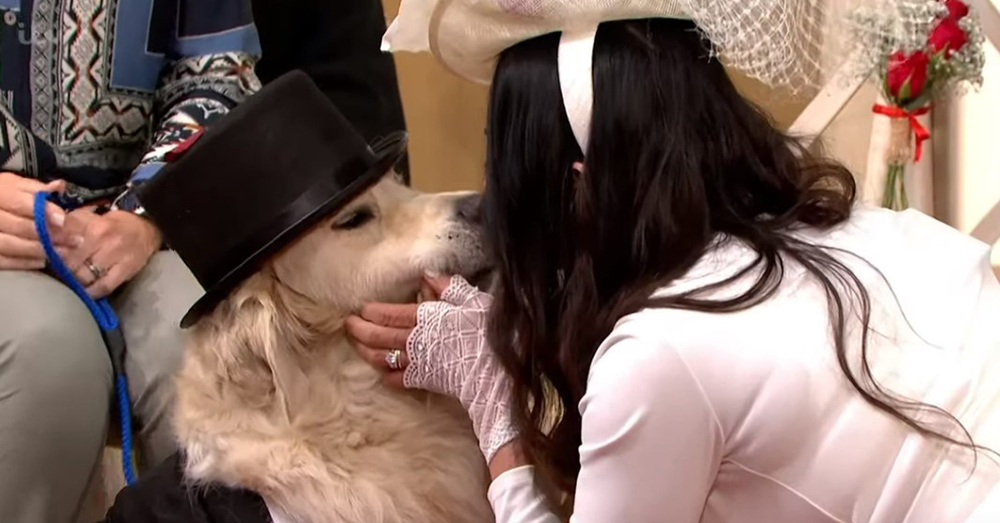 Source: YouTube/This Morning
The wedding was sealed with a kiss.

“He had a traumatic first four years being locked and beaten in a utility cupboard,” Hoad said. “He’s saved me and I’ve saved him. I was a broken woman when my last dog died.”

Watch the entire ceremony in the video below.