Discovered orphaned and lost in Southern Thailand, Marium the dugong brought a smile to nearly everyone who saw her. She lavished love on her caretakers, and was often found nuzzling up to them for attention as they fed her milk and sea grass.

Tragically, just a few months after Marium made a splash on the internet, she was dead. The 4-month-old dugong died as a result of ingesting plastic that blocked her intestines prompting an infection. According to the Washington Post, the plastic caused gas to build up in Marium’s digestive tract and pus in her lungs. A blood infection spread throughout the dugong’s body and Marium died of shock.

“Everyone is sad about her passing, but this is an issue that must be urgently resolved,” officials from the Department of Marine and Coastal Resources in Thailand said on Facebook. “If we want to conserve rare marine animals so they remain in existence with us, every sector, every person must help with marine trash.”

The smiley orphaned dugong, Marium, that stole our hearts has sadly died with plastic found in her stomach 💔😓 pic.twitter.com/lW4Pqiit3g

As the Associated Press reports, Marium likely thought the plastic was food. Martine biologists had also noted bruises on her body the week before, possibly caused by swimming into rocks, or other large male dugongs.

“We assume she wandered off too far from her natural habitat and was chased and eventually attacked by another male dugong, or dugongs, as they feel attracted to her,” Jatuporn Buruspat, director-general of the Department of Marine and Coastal Resources told the AP. 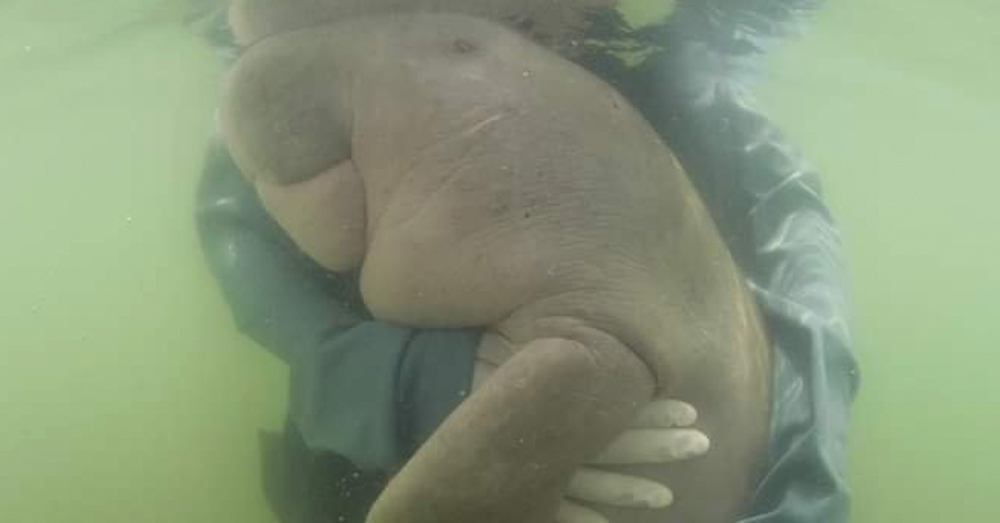 Source: Twitter/Seaweed and Seagrass Research Unit
Marium nuzzles up against a marine biologist.

Marium’s discovery was met with throngs of adoring fans online. The lone dugong had no herd to travel with, and may not have survived long on her own. She would have lived much longer, however, were it not for the plastic pollution she confused for food. 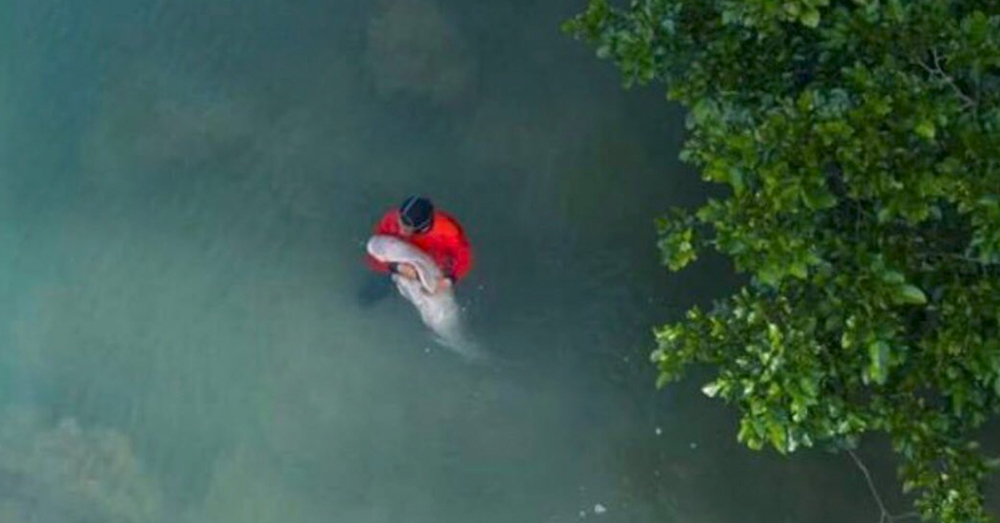 Without a mother to feed her, scientists were giving Marium milk from a bottle as much as 15 times a day. She would meet them at the surface of the ocean as they paddled out to check on her. 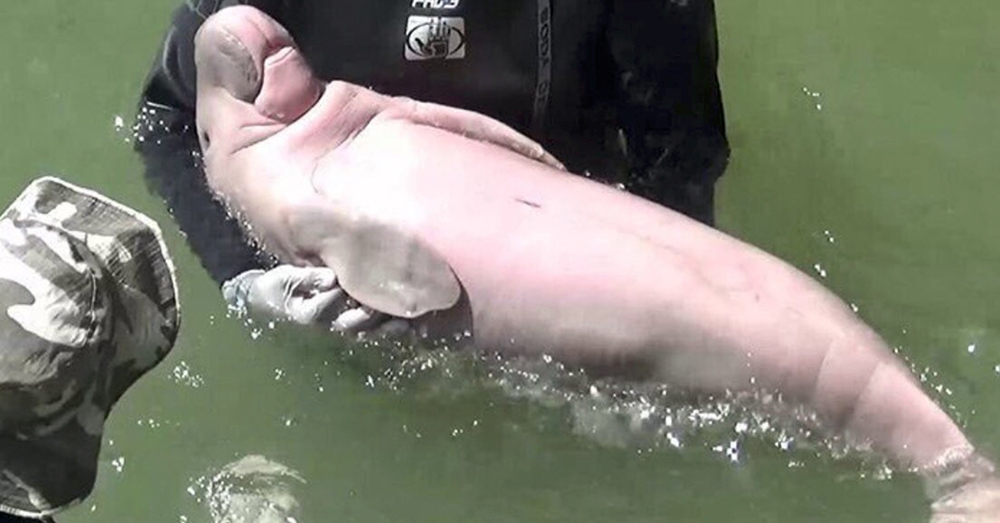 Source: Twitter/meisafool
Marine biologists fed Marium milk up to 15 times a day. She had no mother to nurse her.

“She’s attached and tries to swim and cling to the boat as if it was her mother and when we are swimming she would come and tuck under our arms,” Nantarika Chansue, director of the Aquatic Animal Research Center at Chulalongkorn University told the AP. “It’s almost like the way she would tuck under her mother.” 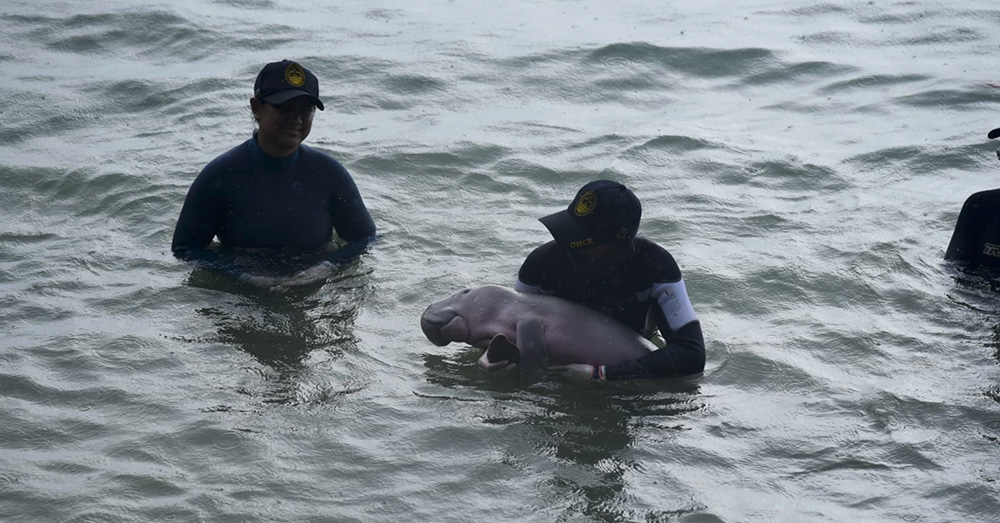 Source: Twitter/Seaweed and Seagrass Research Unit
Marium became an internet sensation shortly after she was found.

It is not unusual for adult dugongs to live 70 years or more. However, as Marium’s story proves, they are not without threats. The International Union for Conservation of Nature’s lists dugong as a threatened species. 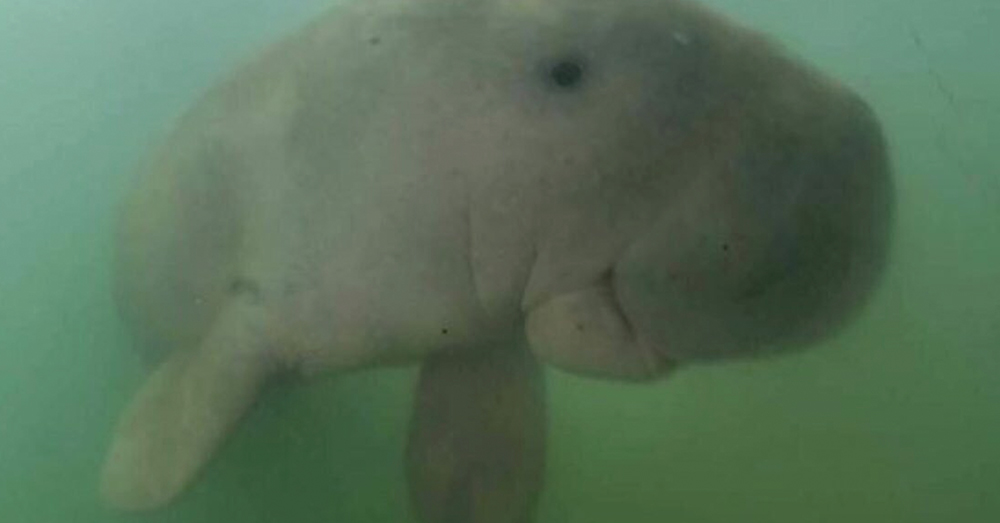 Source: Twitter/meisafool
The 4-month-old dugong died as a result of ingesting plastic.

Marium’s death has spurred action by conservationists around the globe, hoping to lessen the damage plastic pollution is doing to marine life. Meanwhile, the Marium Project, started by officials in Thailand, will concentrate specifically on protecting dugongs.