Stray Dog Was Rescued With A Broken Jaw After Being Kicked. Then, She Was Given A Chance To Smile

Mara is an incredible dog that was rescued in Karditsa, Greece. A good samaritan was shocked to find Mara alive despite a dislocated and broken jaw. She had extreme pain and was obviously having major problems eating. The woman immediately called Diasozo, a local animal rescue. No one including veterinarians knew who or what kicked her, whether it was an animal or a human. The pup was a stray so it’s possible she was kicked because she was in the way of another animal, but no one knows. The rescue quickly rushed her to an animal hospital, where surgeons went to work on the dislocated and broken jaw. 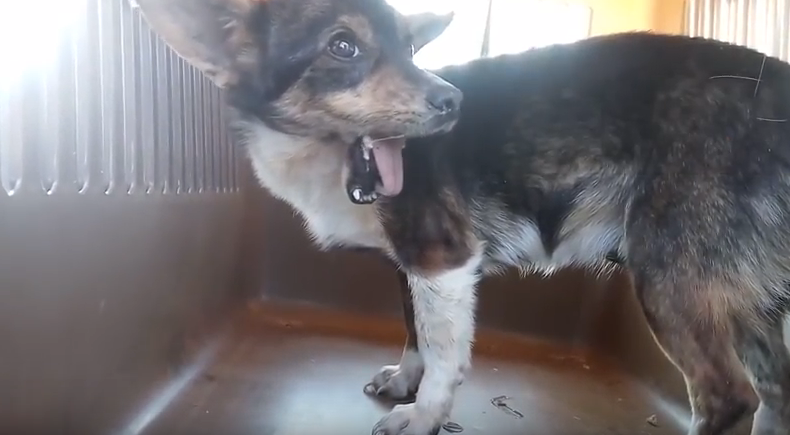 Mara and her rescuers were thrilled to learn that surgery went as smoothly as possible. Unfortunately, she has to wear a cone because of the splint inserted in her jaw, but she is on her way to recovery. The video shows her eating liquid foods, which she’ll probably have to keep eating until her jaw fully recovers. When I first saw Mara, it broke my heart to see how much pain she was in. After the surgery, the smile on her face told me that she will be ok!