Hurricane Irma Stranded Manatees On Land, But Kindhearted Floridians Banded Together To Save Them

As Hurricane Irma swept through Florida’s west coast Sunday afternoon, it took the water with it. Winds were so strong that it pushed the water right out of the harbor, waterways, and bays, leaving behind sludge and puddles.

Consequently, two manatees were stranded on dry land in what used to be the bay, just north of Sarasota. A local man named Michael Sechler went out to the bay and saw two objects in the distance where the water had receded. 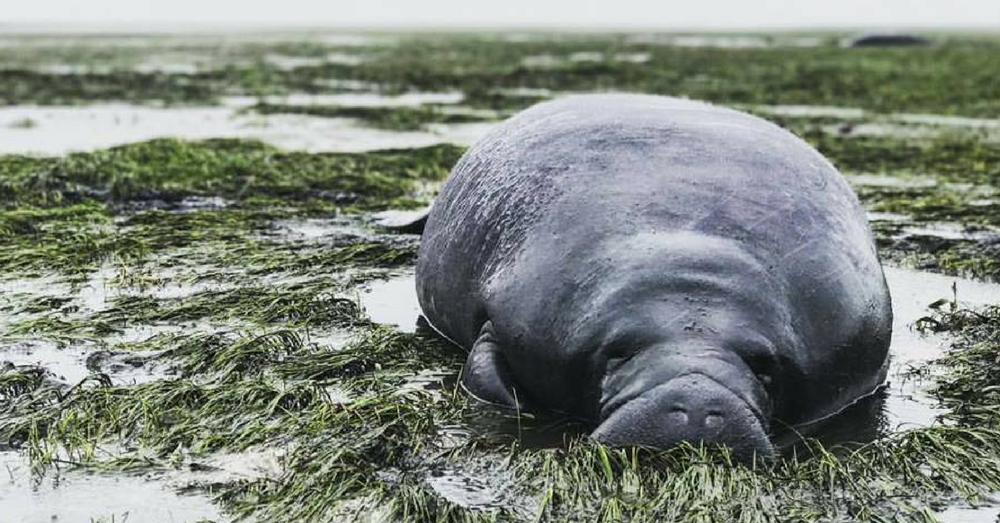 As he and his friends walked closer, they noticed the objects were beached manatees stuck in knee-deep mud. One was breathing but had water in its eyes, while the other manatee wasn’t moving at all. They wanted to help these poor animals, but since the manatees were so heavy, they knew they could not move them by themselves. They made phone call after phone call, trying to find people who would help them. 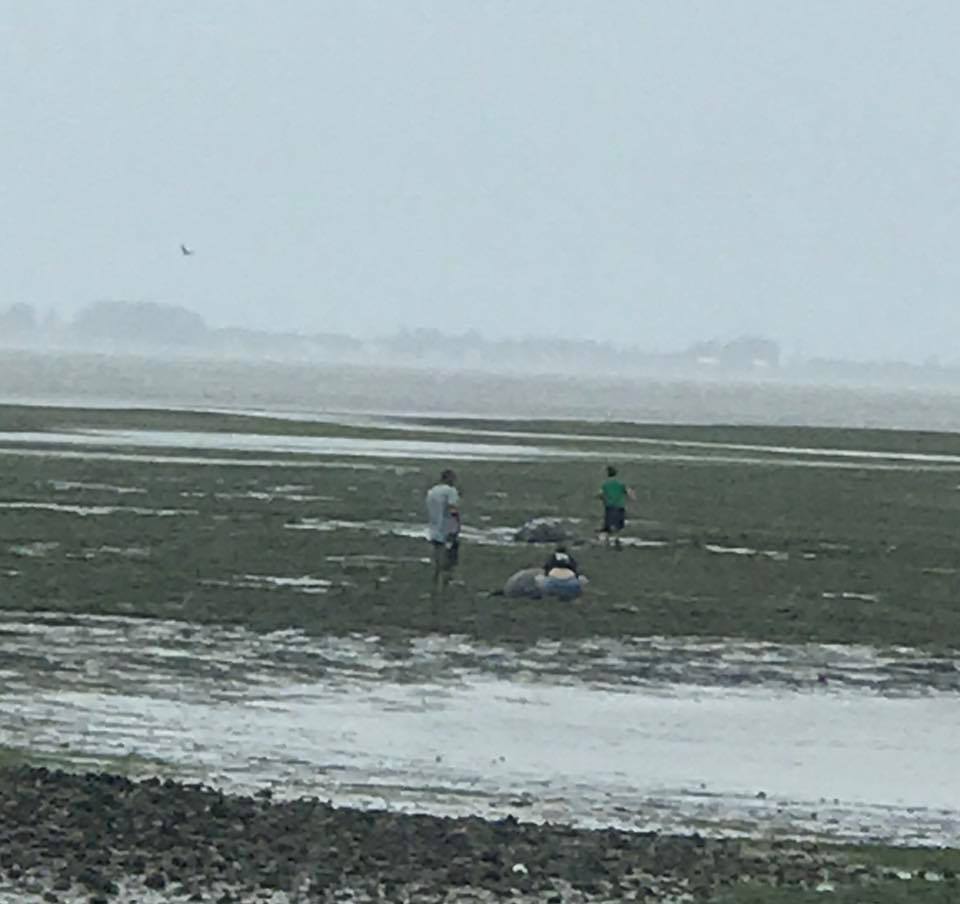 In the meantime, they gave them as much water as they could, and hoped the rain and storm surge would come soon to save them. But thankfully, they didn’t have to wait for that because more help finally arrived. 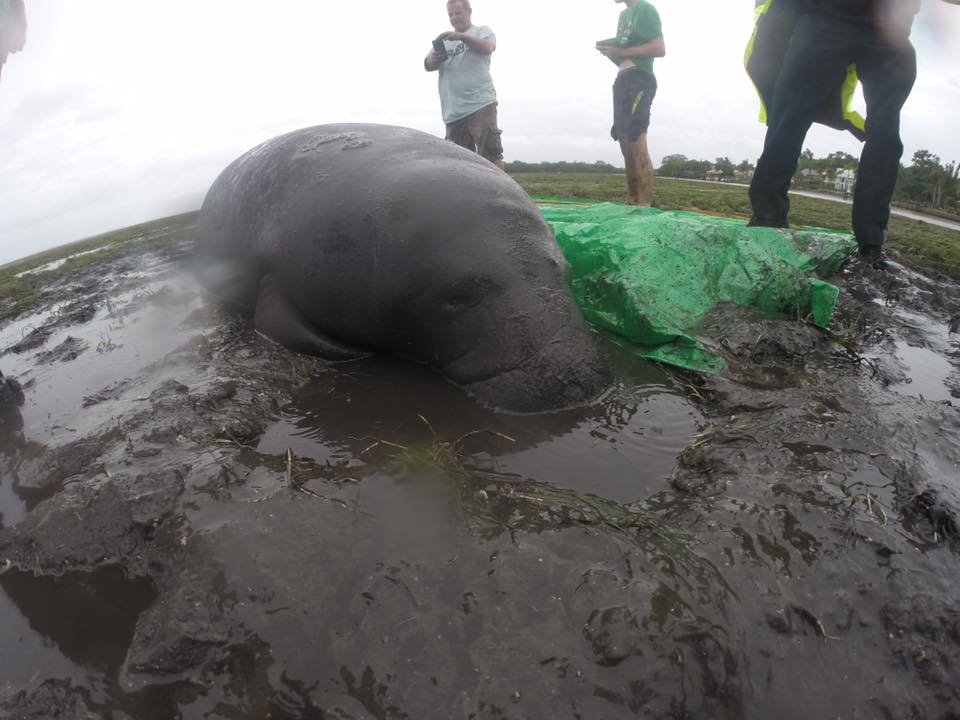 Law enforcement officials, joined by more members of the community, banded together to carry the manatees back into deeper water. They rolled them onto a tarp and dragged them about 100 yards. From there, both manatees swam off. 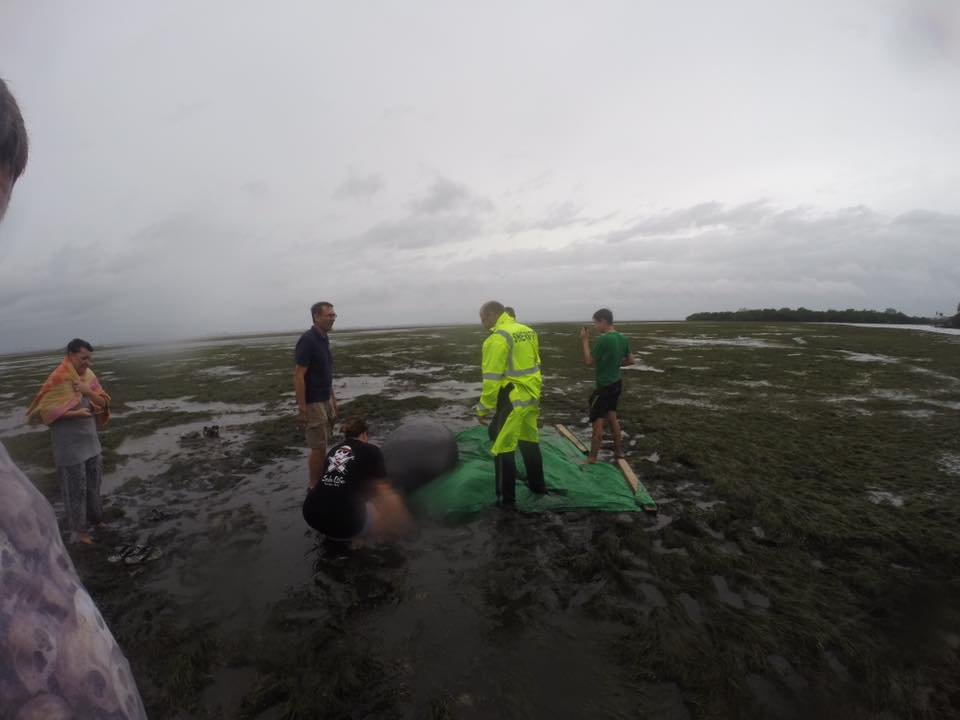 It is so heartwarming to see complete strangers coming together in times of need like this!