A disturbing video of animal abuse posted on Snapchat led Maryland Transportation Authority (MDTA) Police to open an investigation. The video showed a person in an orange sweatshirt throwing a duckling from a moving car off the Chesapeake Bay Bridge.

The suspect and passengers laughed as the man cruelly tossed the duckling out the window and off the 180-foot bridge. 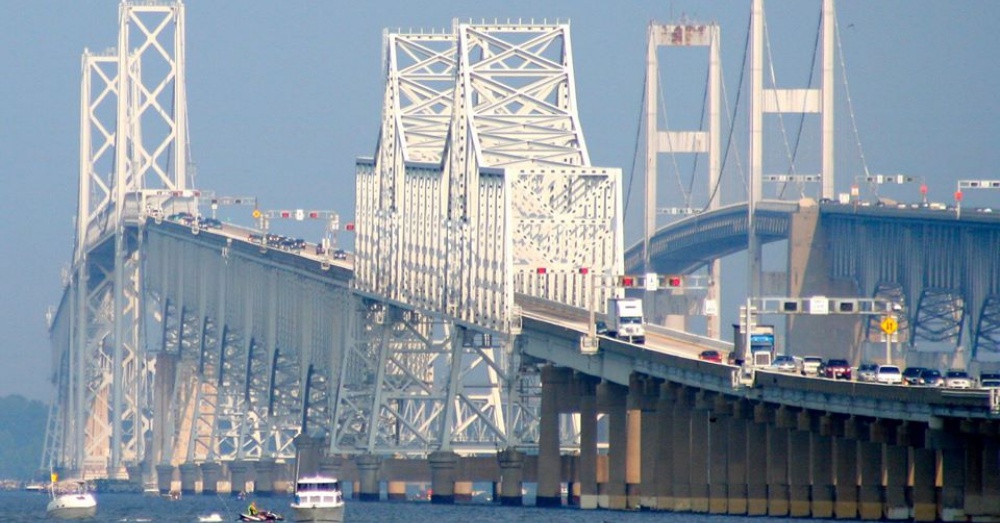 The yellow duckling appeared to be too young to fly and most likely died. Ducklings are able to fly once they reach three to four months of age. Since the duckling was still covered in soft fur, it was under a week old and unable to fly.

Cpl. Brady McCormick told The Capital Gazette that the incident took place on April 18 around 6:30pm. 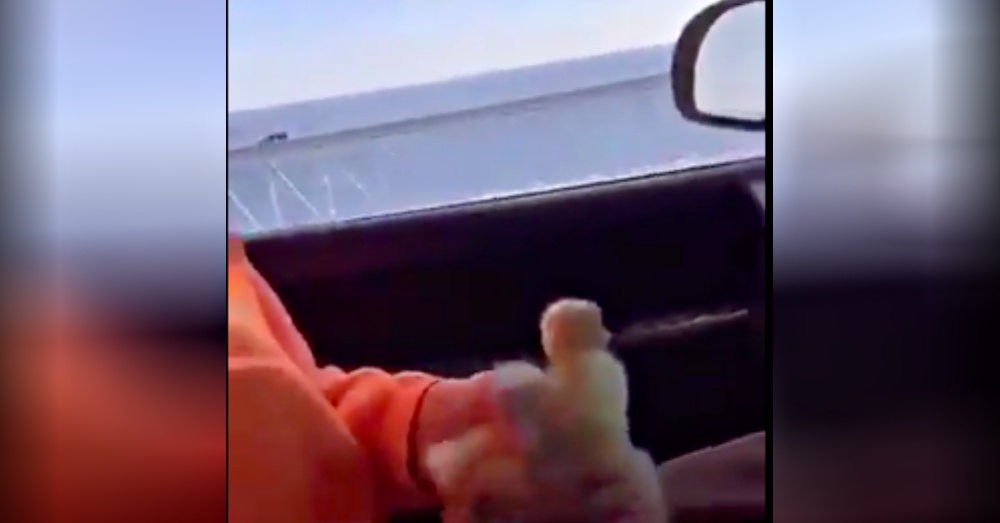 People are calling for maximum penalties and hope he doesn’t get off with just a slap on the wrist. One person commented, “The behavior exhibited by all of those involved is just a prelude of crueler things to come. They have no soul. Anyone who would injure an innocent child or animal is sick. I hope the penalty is steep.” 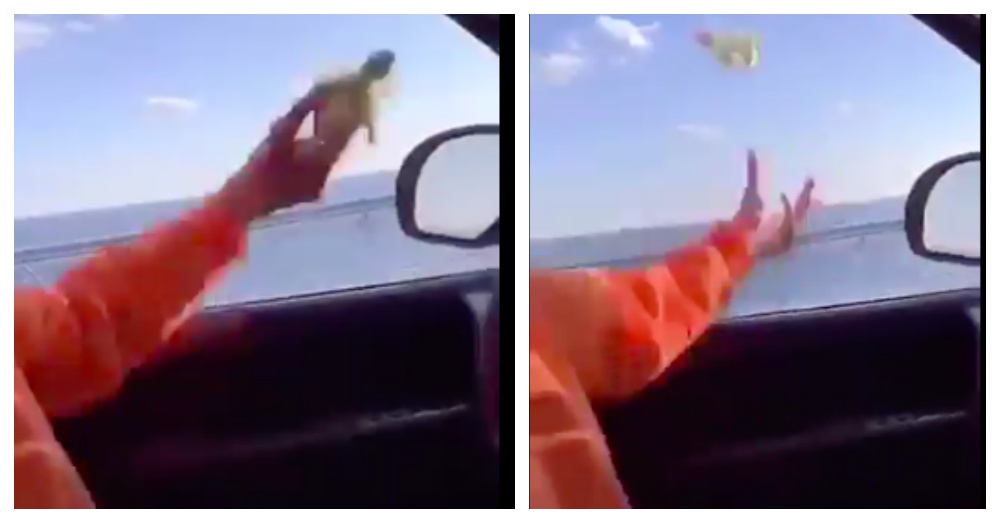 Another wrote, “Animal abuse is now a felony; the human animal (s) should be held accountable with the max. time in jail and lots of fines to animal shelters …. should NEVER EVER be allowed to own any animal of any kind or even be around innocent animals!”

Animal abuse is not funny or a form of entertainment. One person said it perfectly, “Nothing can justify this behavior. Horrible.”

Victoria_rose7 retweeted the disturbing video to shame the people involved. WARNING: The video is disturbing. The person recording and any others involved should be charged as well.

TikTok Challenges Encourage Users To Slap Their Pets And Tie Their Ears Together For ‘Likes’: Click “Next” below!