Kindness is always a good idea as it doesn’t cost you anything, but it makes a world of difference to those who receive it. And we shouldn’t reserve our kindness just for other humans, animals deserve our sympathies and decency as well. That is why it’s such a wonderful thing to see someone stop and provide a helpless animal with a little bit of kindness.

While in a subway station in São Paulo, Brazil, Fernando Gabriel and his brother, Felipe, noticed one very cold, very sad-looking dog. As Gabriel shared with The Dodo, the dog was facing the coldest day of the year completely on his own.

The dog was all on his own. And that is when Gabriel noticed his brother suddenly taking off his backpack and beginning to undress. He was confused as to what his brother was doing. That is when Gabriel pulled out his phone and began to film as his brother took off his jacket, sweatshirt, and then his shirt. It soon became clear to Gabriel that his brother was trying to help the dog since he was visibly freezing. Felipe very kindly gave the dog the shirt off his back, dressing the dog in it in an effort to help keep it warm. 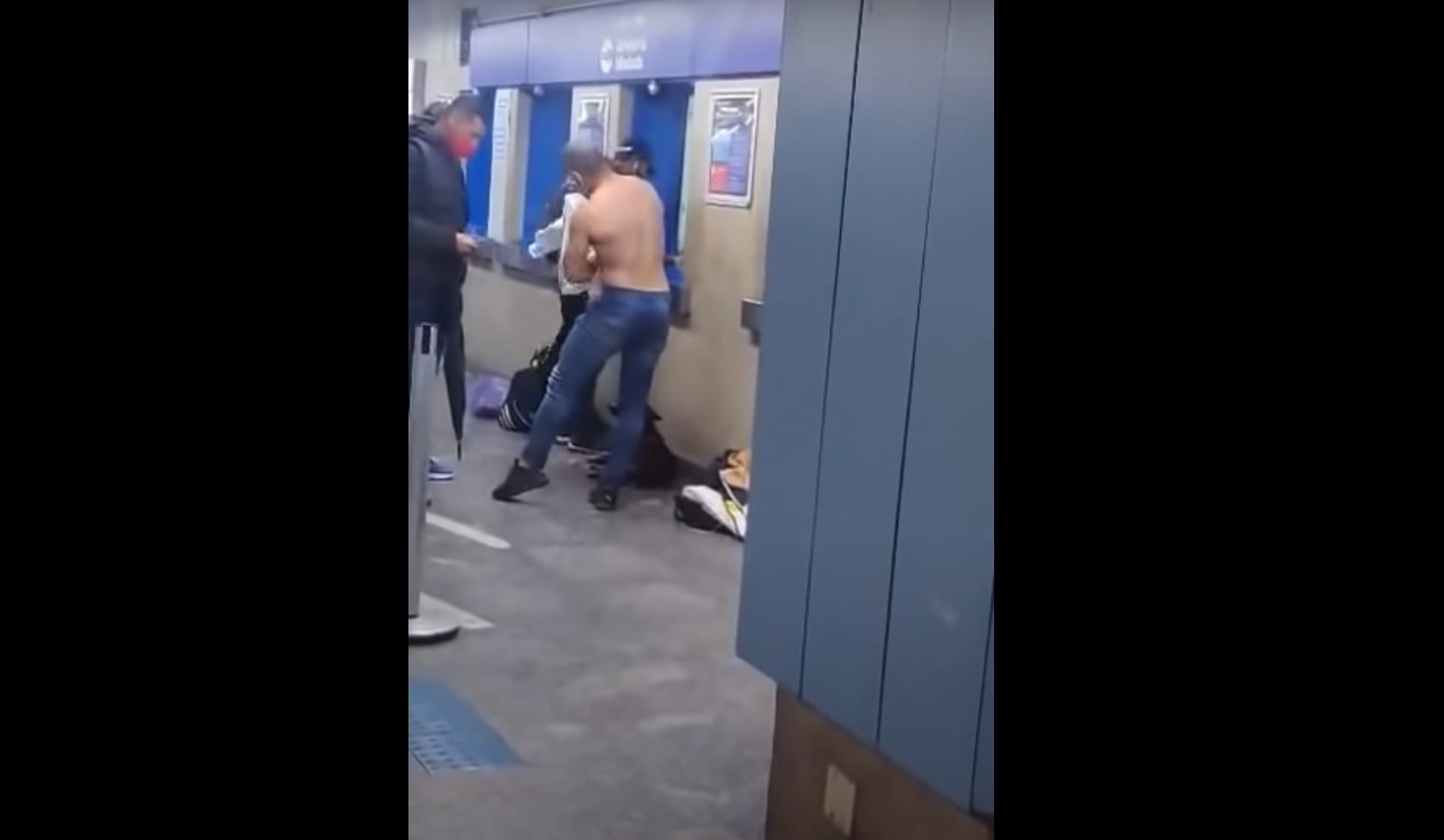 As Gabriel noted, his brother’s gesture was “very moving” and since filming his brother’s sweet act, the video has gone viral – something that Felipe didn’t ever anticipate. He didn’t act for the camera or anything, he genuinely just wanted to help a dog in distress.

Gabriel later wrote on social media, “I rarely post anything to my feed. But it deserves to be shared.”

What makes this moment even more moving is learning that the shirt Felipe gave the dog was actually one of his favorite shirts! The man even humbly joked, “It looks better on him.”

That is just so sweet. The two brothers went on their way through the station, but on their return home, the pair stopped by to see if the dog was in the station. They had every intention of bringing the dog home with them. Unfortunately by the time they returned, the dog had gone somewhere else. Because of this, Felipe mentioned to The Dodo that he wishes he could have done more for the dog. The man is hoping that his now-viral video will inspire the rest of the world to be kind.

Felipe said, “There is no way to change the world — but for the things in your reach, you can.” And that is precisely the positivity that we need during this current climate. Hopefully others will remember to be kind wherever they can.