CCTV video has really opened our eyes to a number of interesting things. Some people consider video to be an invasion of their privacy, but others look at it as a way to capture some special moments in life. One such moment was captured when a Russian man stopped his car in the middle of a busy road.

The video was taken on a busy roadway and he stopped his car for the best reason. There was a little kitten lying in the middle-of-the-road, and people were driving by, barely missing the cat as they sped along. Nobody was stopping to help the little kitten. 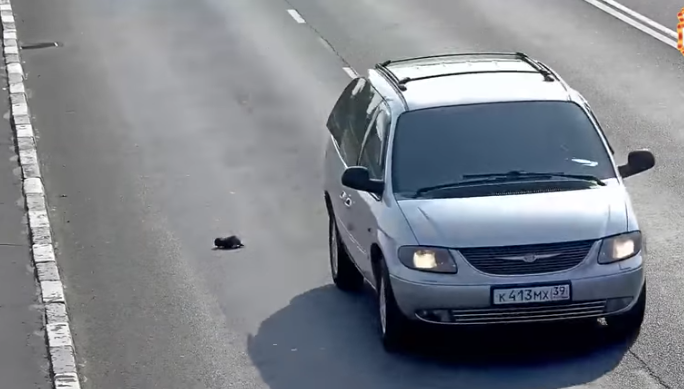 You can watch cars speeding by in the video as they narrowly missed the kitten. It’s amazing that the cat was not harmed until the man arrived.

Some cars managed to swerve out of the way, but they were still far too close to the kitten. You can’t watch the video without catching your breath. 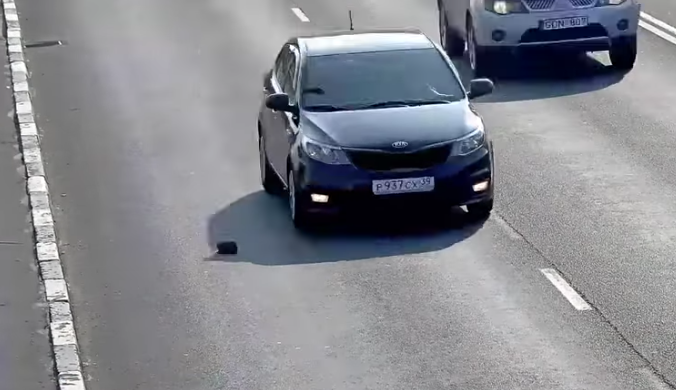 It’s obvious that people are seeing the kitten as they drive along but nobody is stopping to save it. They just completely ignore the fact that the kitten is there, not wanting to interrupt their drive.

That is when we finally see a car stop. A man gets out and does the right thing, walking over and saving the kitten in the process. He picks up the frightened kitten and carries it with him to the car. 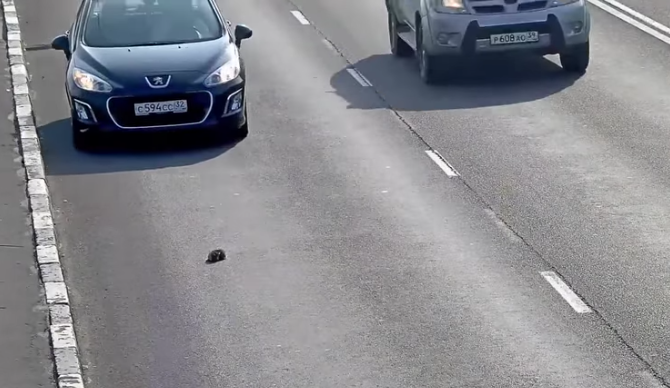 When he gets back in the car and holds the kitten to his chest, he drives off.

People were wanting to know who the man was, and they were able to identify him as Denis Degtyarev. He gave a statement to a Russian newspaper, saying that the kitten was so tiny that it couldn’t even eat on its own. 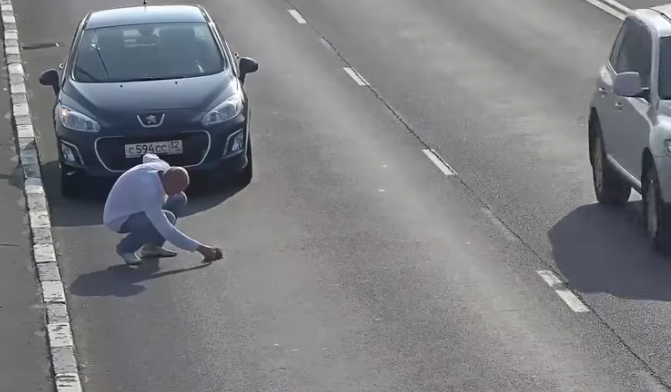 He also let people know that he helped the kitten to find a forever home with help from others in the community.

Degtyarev is a hero that really needs to be recognized.