There are heroes all around the world. They aren’t the caped crusaders that we know from our comic books or superhero films – they’re just ordinary people willing to do extraordinary things for others. And some of those heroes are also willing to put themselves in danger in order to save their fellow four-legged animals.

One such man who was willing to risk it all did it in order to save a dog. The poor thing was trapped out on the edge of the HPP dam in Russia.

In the video, you can see the man approaching the dog, who is standing as still as possible. It’s still unclear how the dog got out there. But given how he was standing there, it’s clear that the poor pup was scared. 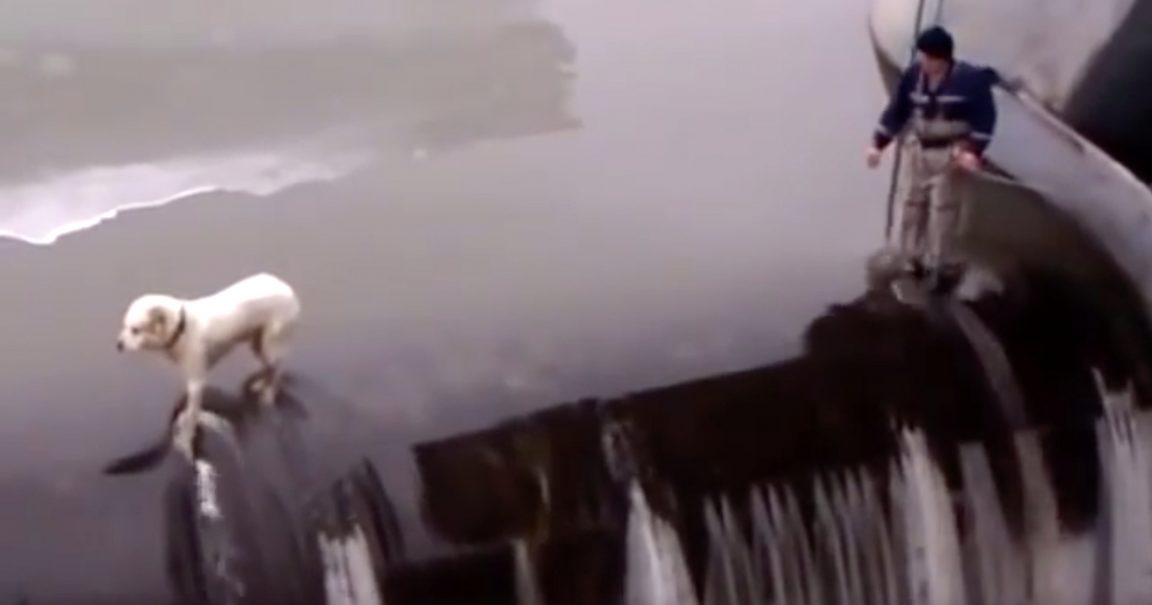 But the man who goes and gets him, definitely proved that he is one lucky dog. It is definitely heart-warming to watch the rescue.