A cape and X-ray vision are not required to be a true hero. An ordinary person who rescues an animal in need is our definition of a hero.

Mack Roesch was on a bike ride in Florida when he spotted a baby raccoon with its head stuck in a tin can, and immediately stopped to help. 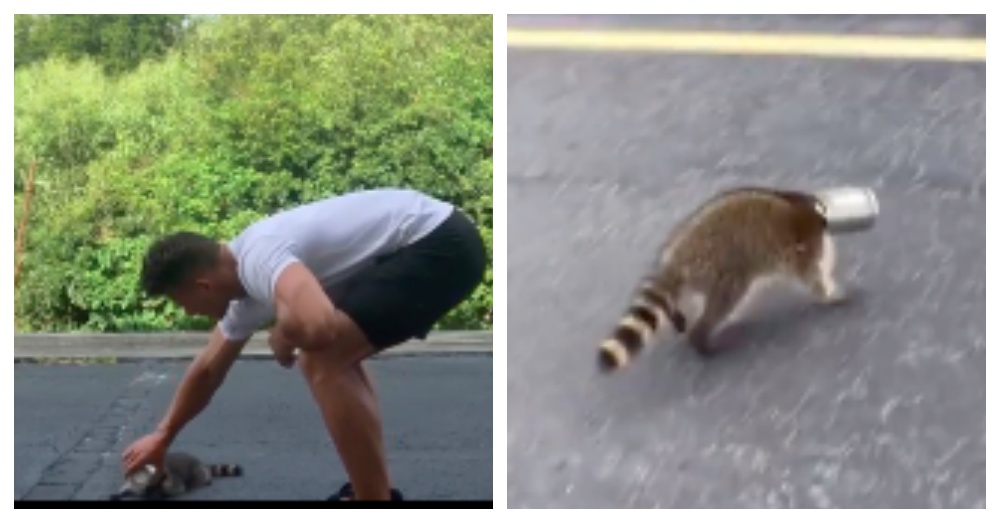 The little raccoon was wandering aimlessly around unable to see with the tin can on its head. Roesch tried to pull the can off the animal’s head but it was really stuck.

Roesch was being cautious not to get hurt himself or to hurt the raccoon but was determined to remove the can. He said, “saw this poor animal stuck, image your head in a can.”

Thankfully, a woman stopped to help. She used a rubber mat to cover the raccoon and together with Roesch tried to pry the can off its head. But the can wouldn’t budge. 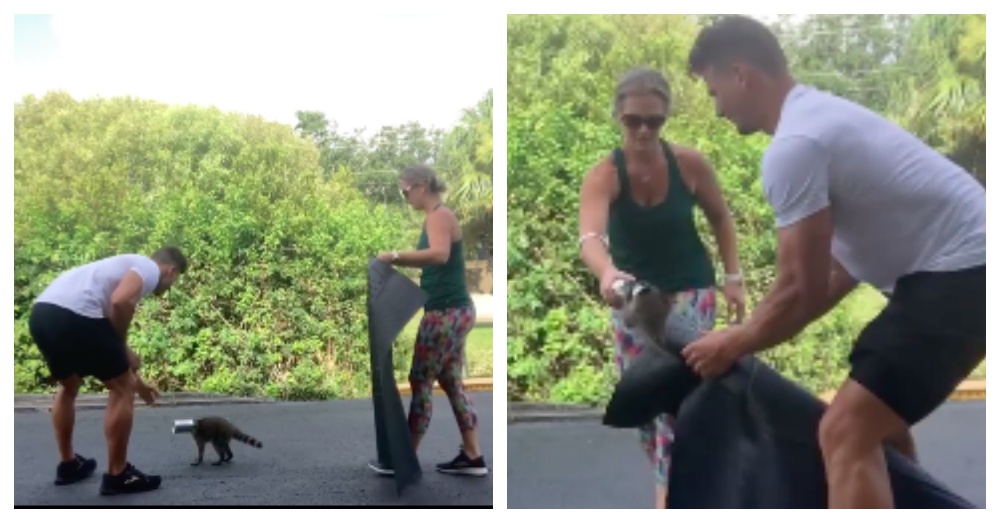 They decided that they would need to cut it off, but neither had the necessary tools. Luckily, Roesch was close to home and biked home to get wire cutters.

Meanwhile, the woman kept an eye on the raccoon and others arrived to help. “I thought he was tired,” said Roesch as he chased down the trapped raccoon. He managed to wedge the cutters under the can and cut it down the center, freeing the little raccoon. 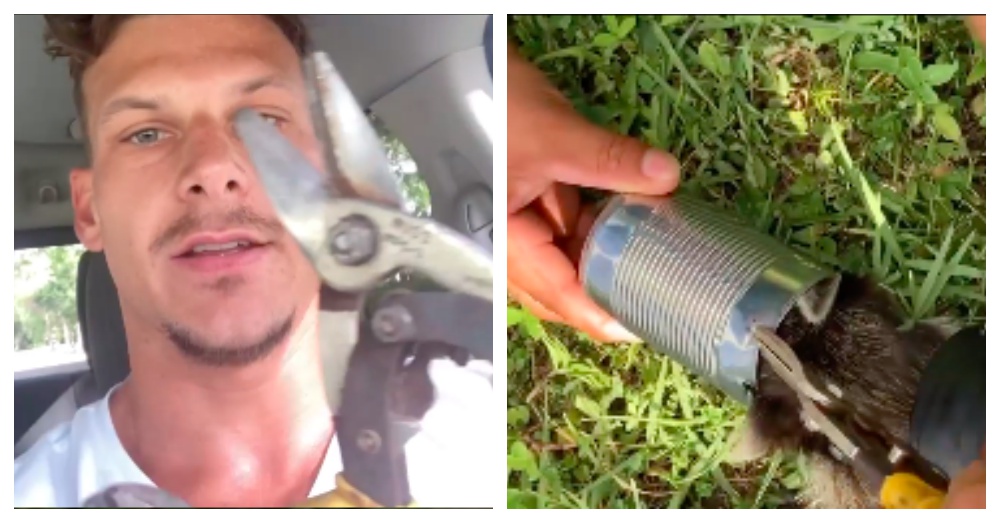 As soon as the can was removed the raccoon headed for the woods and the woman called out to it, “Now just don’t get run over now.” 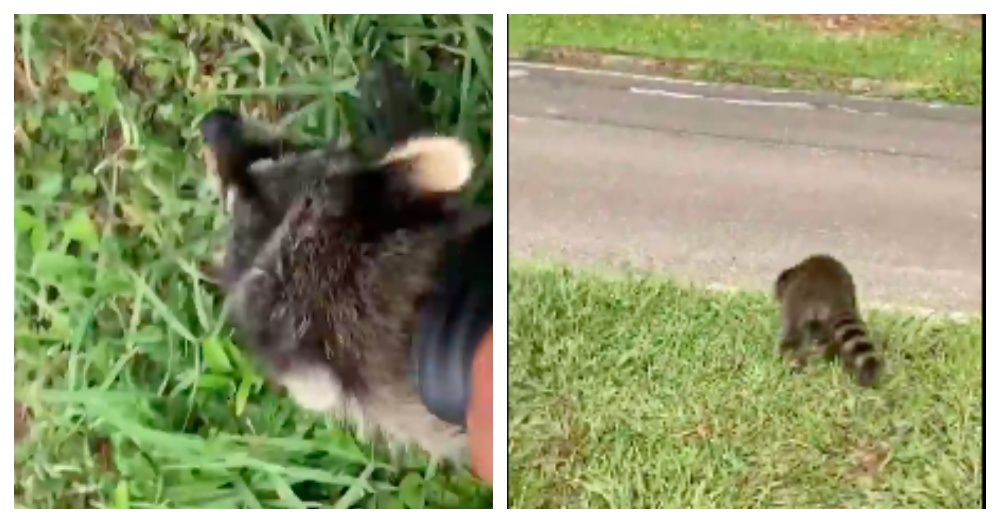 Roesch thanked everyone who helped and posted the rescue video on Instagram where it has been viewed by over 200k people. One person wrote, “Kindest act I have seen in a while. Thank you for little glimmer of hope during such dire times.”

Watch the heroic rescue in the video below and don’t forget to share.

Saved a raccoon 🦝 today was on a bike ride and saw this poor animal stuck , image your head in a can , so I jumped to action then others saw and helped , I had to ride my bike fast to my house and get tin snippers and cut off the can👌🙌✅🦝🙏🎊