Dolphin calves usually nurse for a year and stay close to their mothers for a couple more before venturing out on their own – unless they are separated by Mother Nature.

Alex Marcoulides was strolling along Malibu Beach in California when he spotted an animal in distress. He rushed over and found a dolphin calf stranded on the beach.

He instantly entered the water and attempted to guide the dolphin into deeper water. It took a few tries as the waves continued to push the little dolphin toward the shore. 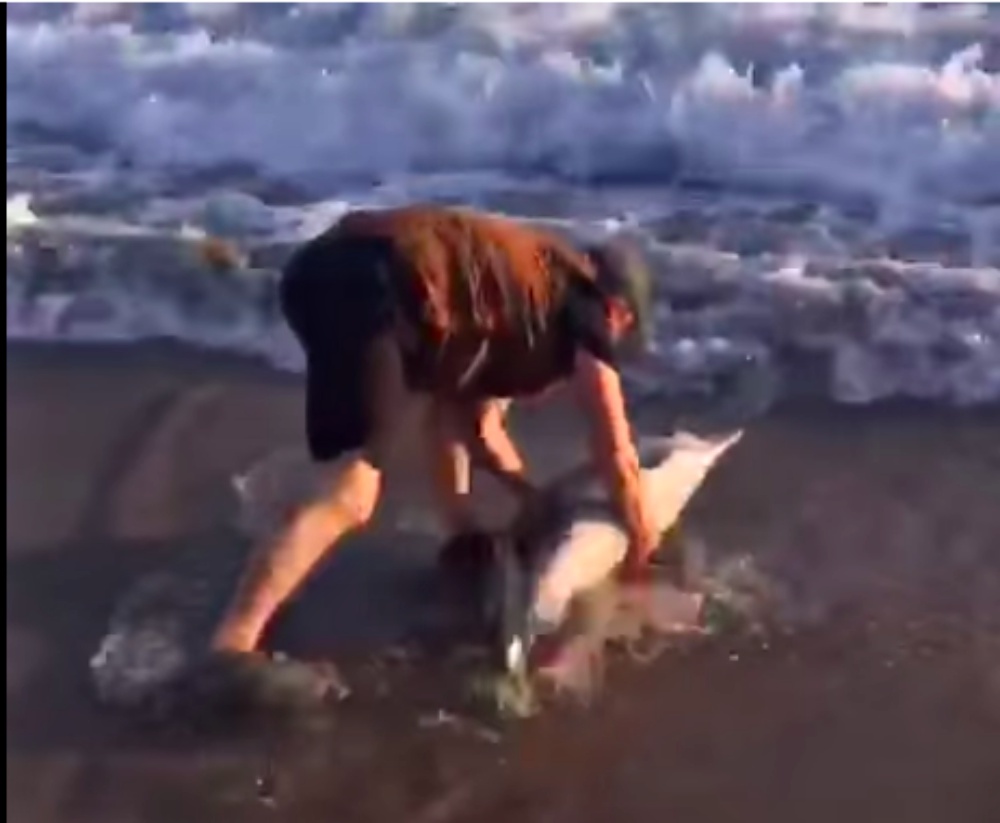 Alex refused to give up and encouraged the mammal to swim to safety.

Eventually, the dolphin was able to swim under the waves and out into the deep blue sea. The incredible rescue was captured on video and ended with Alex sporting a huge smile and saying, “just saved a dolphin.” 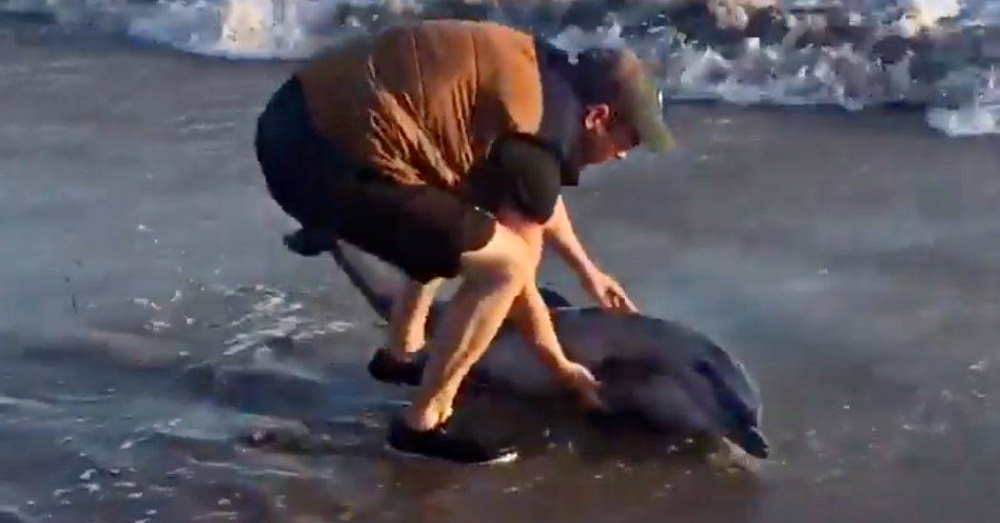 One Tree Planted posted the video commending their team member, Alex. “With a little encouragement and some assistance he helped the lil dolphin return to the ocean!🐬 Way to go Alex! We’re happy to have great humans like you on the team.”

Alex’s role with the non-profit organization focused on global reforestation is ‘The Connector’. He finds partners and donors to support their mission of planting trees around the world and to “make this decade what it must be: regenerative.” 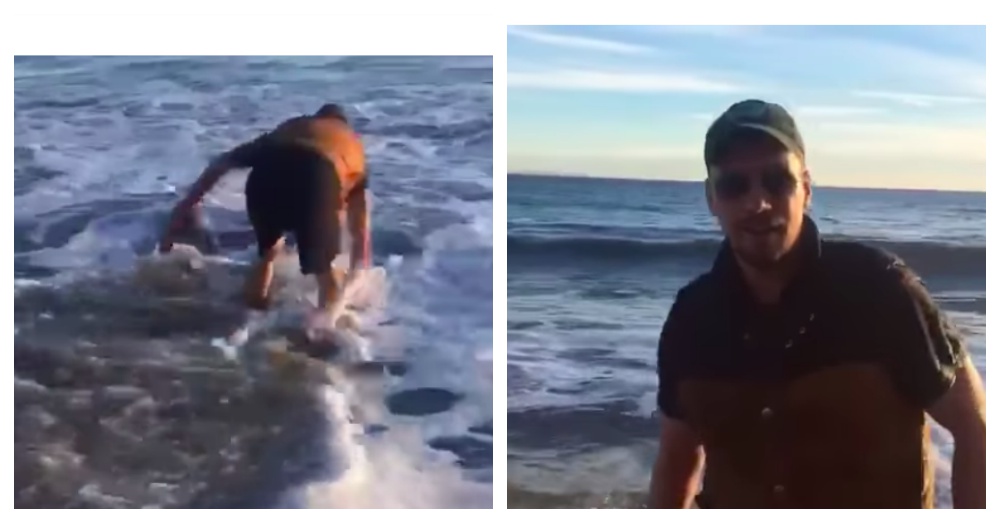 Fans of the non-profit commended Alex on the rescue and called him a hero. “WOW !!! Outstanding save.. this is really good to see especially during the strange time we live in…”