Man Overjoyed To Find His Missing Cat At The Animal Shelter

When Theron’s cat went missing, the Bangor, Maine, resident was understandably distraught. The man searched high and low for his missing pet, but the wayward feline, Cutie Pie, was nowhere to be found.

Theron was still grieving for Cutie Pie when he went to the Bangor Humane Society. He desperately missed his old pet, but a solid week of searching also hadn’t revealed any clues. He was hoping to find another cat to fill the gaping hole in his heart.

But as the Bangor, Maine, man slowly sifted through the kennels, he got an incredible surprise. One of the cats bore a striking resemblance to his missing gray-and-white cat. Could this possibly be Cutie Pie? 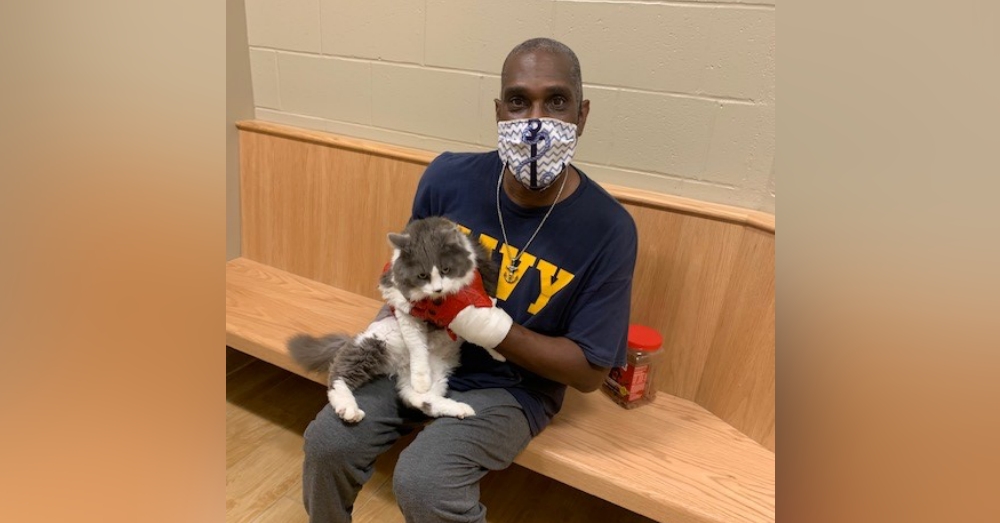 “Theron came into our shelter today looking for a cat to heal his heart after his kitty, Cutie Pie, disappeared about a week ago,” the Bangor Humane Society recalled on Facebook. “As he perused the kennels, he stopped to examine one of our friends a little more closely and when the cat turned to face him, Theron erupted with joy.”

Theron quickly presented his phone to rescuers, who confirmed that the man had countless pictures of this very same cat on his phone. “Theron’s camera roll was full of pictures of Cutie Pie,” they wrote, “leaving no question that this reunion was the real deal!”

Theron came into our shelter today looking for a cat to heal his heart after his kitty, Cutie Pie, disappeared about a…

Rescuers were thrilled to have played a role in this happy reunion, but nobody was happier than Cutie Pie. “Cutie Pie found his way ‘back’ to his forever home tonight,” shelter workers wrote. “(Let me just say I’ve honestly never seen a cat so eager to be in a cat carrier! He was SO ready to go home!).”

Congratulations, Cutie Pie! We’re so glad you’ve been reunited with your family!