Mallard hens (mother ducks) prefer to nest under bushes or near water, but their chosen areas are not always the safest. One mallard hen chose a bush on the 2nd floor balcony of an apartment building in Seattle, WA, to lay her eggs. Thankfully, a kind man lives on the floor who escorts mama duck and her ducklings to a nearby waterfront, every year.

Nathaniel Peters, now known as “birdman with a plan”, performed his first duckling rescue four years ago. A mallard hen, he believes is the same one that returns year after year, continues to make a nest in a bush near his apartment balcony. When the ducklings hatch they needed help getting down from the enclosed area. That is where Peters and his friends come in. 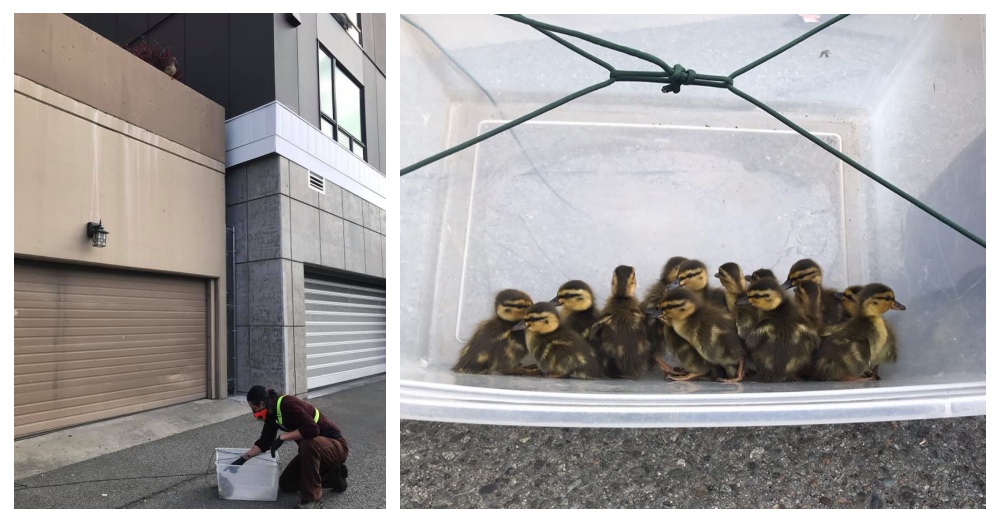 “Ducklings can survive falls from considerable heights in the wild when leaving their nests, and the height of this nest would not normally be a problem, but the solid balcony walls have prevented her ducklings from jumping down to the street each year. Furthermore, she and her ducklings must then brave half a mile of city streets, cars, dogs, gulls, crows, and storm drains to get from their nest to the safety of the waterfront at Shilshole,” wrote Peters.

Since the most recent rescue was actually the sixth duckling rescue, the team has come up with a system that seems to work. Peters first became involved because he felt a duty to help a mother in need. “I have never been one to sit idly by and let a mother walk, or in this case waddle, into an dangerous situation alone with her young, so when my neighbor informed me yesterday that another brood of ducklings had hatched on his porch, I once again assembled my rescue team.” 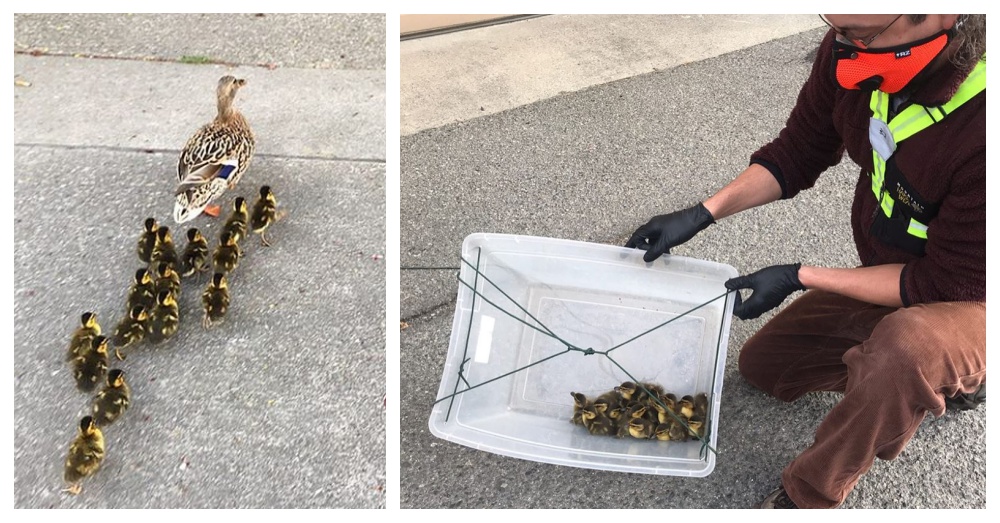 With the current global pandemic, Peters had to alter his rescue mission a bit. “Due to the current Covid-19 situation, I limited my team to three core members this year (myself, my partner, Vaani, and my neighbor Andrew) and we added respiratory PPE to our rescue kits,” posted Peters.

“We collected the 15 ducklings (A NEW RECORD!) and lowered them to the street in a simple, homemade duckling elevator, and then took positions around the family to guide the entourage along the safest direct route to the waterfront.”

The team stopped traffic, what little there was, to allow mama and her ducklings to safely cross the road. After crossing many streets and climbing up multiple curbs, the ducks finally made it to the waterfront. Peters shared the good news of the successful rescue on Facebook and the post went viral. 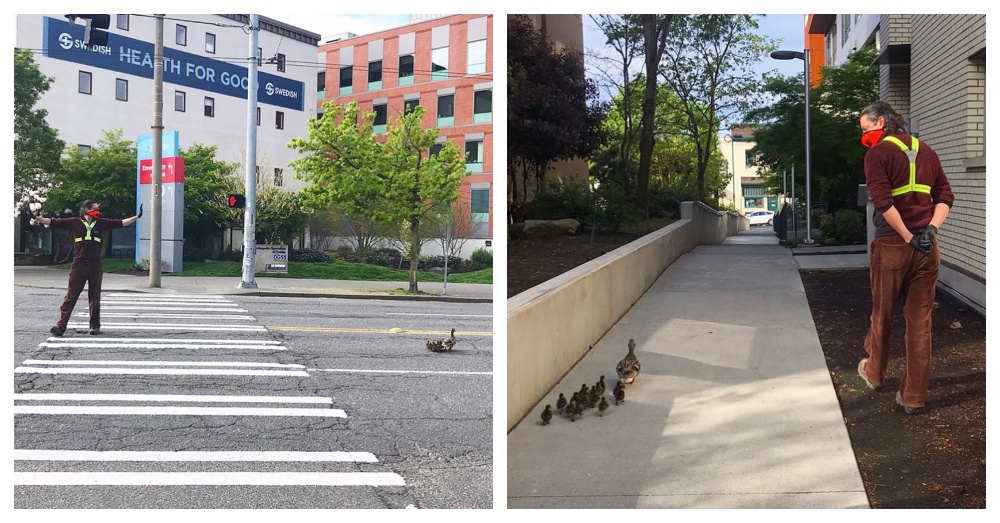 “This experience is truly exhilarating, exceptionally grounding, and always one of the high points of our year. It is small but important way that we have chosen to give back to our community, and we believe that actions like this are so important right now,” said Peters. 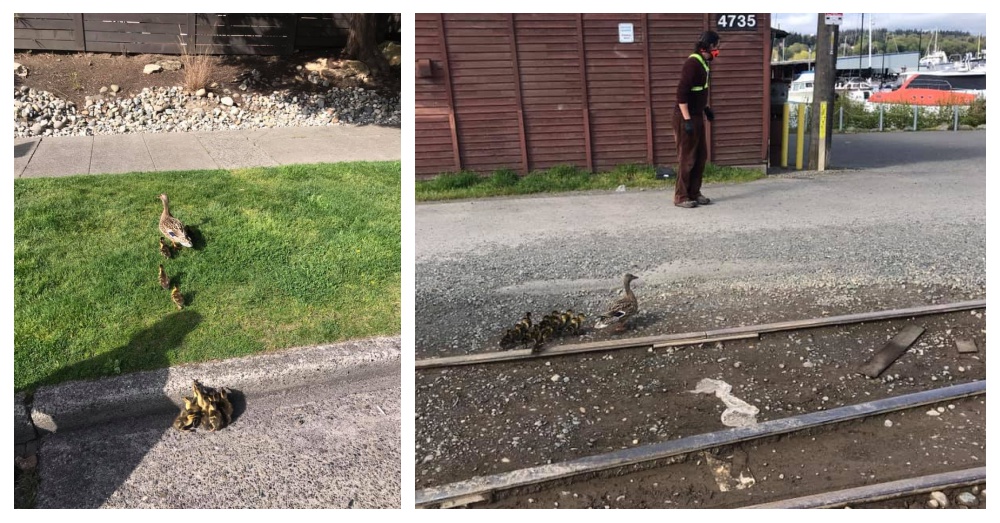 Watch as the little family enters the water for the first time in the video below and don’t forget to share!