A devoted cat dad spent an entire year building an elaborate outdoor play space for his rescue cats, a true labour of love.

Derek Roche wasn’t always a cat lover and never owned one until his girlfriend convinced him to rescue one with her. All it took was one night with the adorable black kitten, Jellli, for Roche to fall head over heels in love.

The couple wanted Jelli to have the best life possible, including spending time outdoors. Jelli loved exploring her backyard so Roche decided to build her a large outdoor play space. 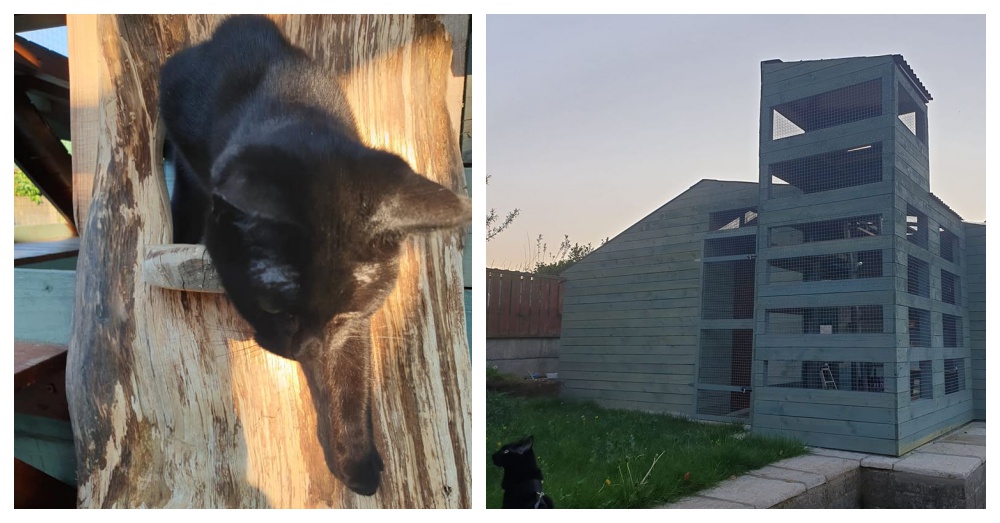 With little to no building experience, Roche came up with a plan of what he wanted the space to look like and then spent the next year creating it, with Jelli’s help of course.

“There was a lot of detail in the work and I was pretty much learning as I went,” Roche told The Dodo. “I had a plan in my head and I pretty much stuck to that. Jellli came on-site every day and I watched her movements and her reactions to how things were going, where she liked to sit, how she climbed around the structure. And I used her to get a sense of scale for walkways, doors etc. I tell people that, as well as my muse, she was my site manager and co-designer.” 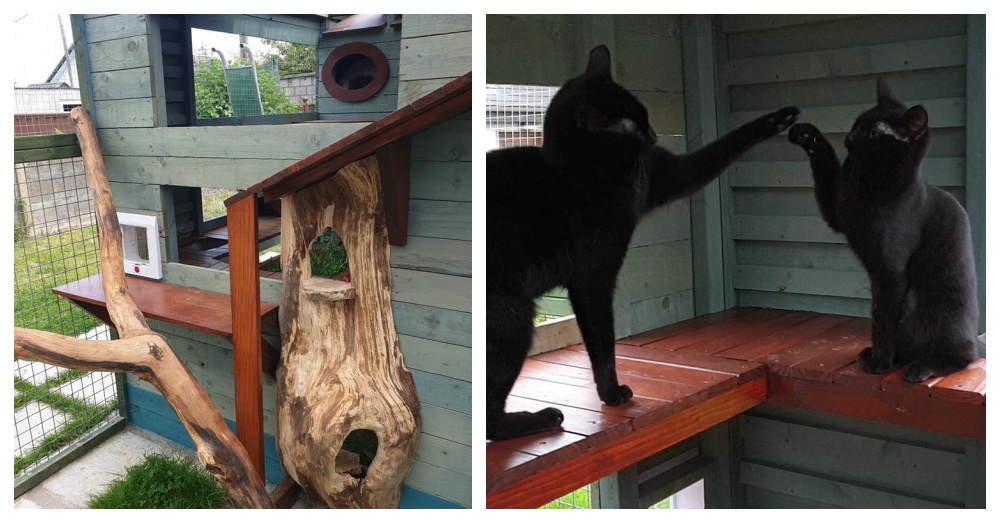 The couple adopted two more cats, Penny and Smudge, that also enjoy being outdoors so the project was for all three of their rescue cats, but especially Jelli. The purrfect feline play land was finally complete after countless hours of hard work and Roche couldn’t wait to see his cats’ reactions.

No detail was overlooked and the catio is full of things to climb, hide under, and nap on. Roche included litter boxes, a variety of grasses for the cats to chew on, and fresh water so his felines have all they need and more. 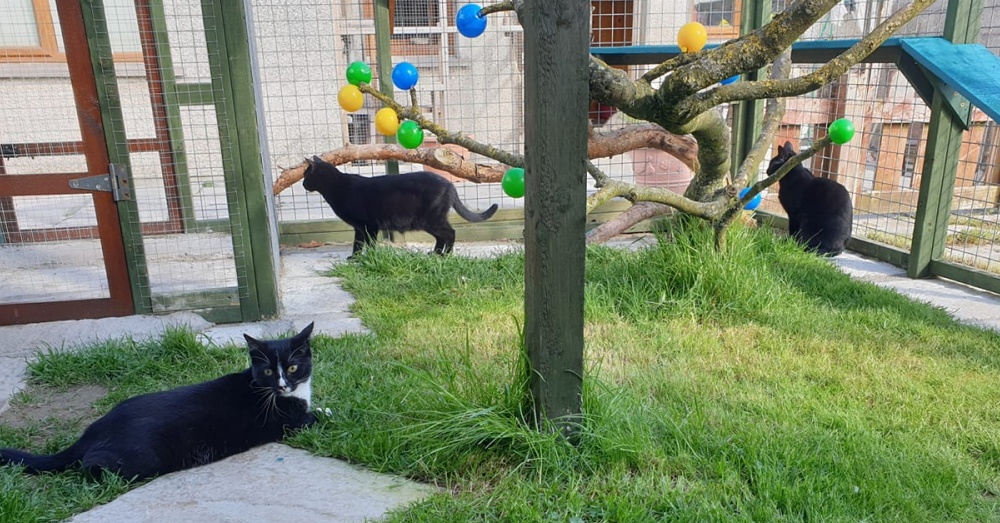 The cats thoroughly enjoy their new space and love watching the birds from the lookout tower. “It is 11 foot high and it’s level with a neighbouring tree where lots of birds hang out,” wrote Roche. The space would not be complete without a hammock for the couple to enjoy the space with their cats. 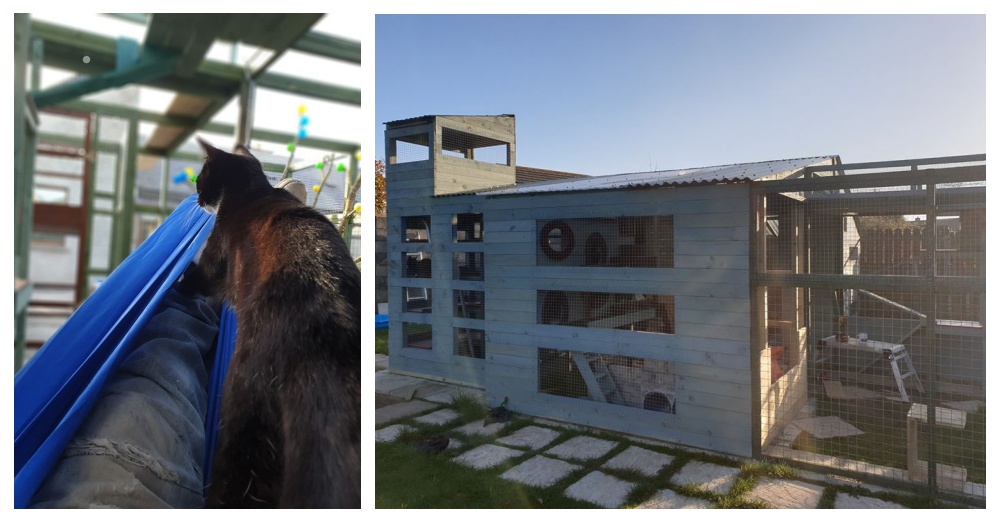 “Jellli and Penny sleep out there most days. Jellli would sleep out there all night too if I let her,” posted Roche. The kitty condo is a huge success and envied by many other cat parents. 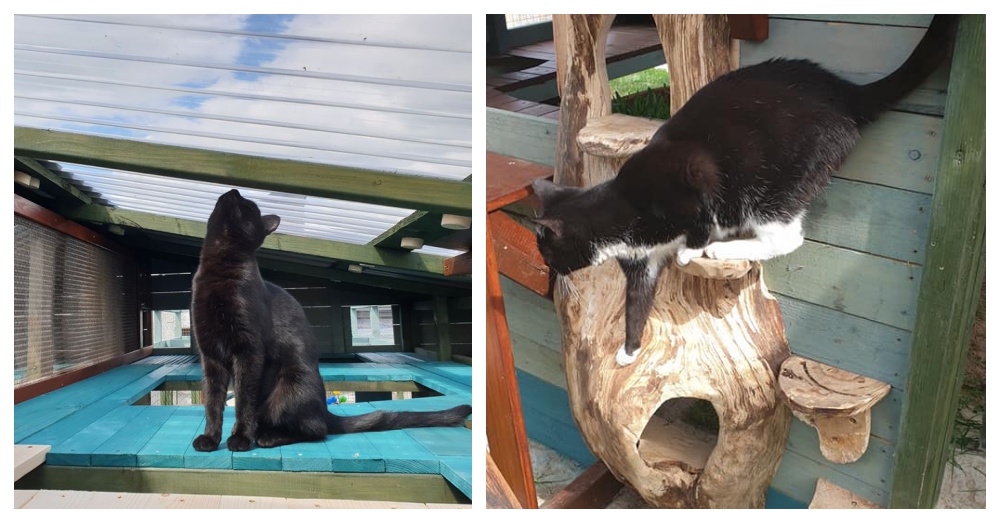 Roche joked that the couple’s whole house is a catio, with custom built shelves to allow the cats to climb and play indoors as well. Now, that is one amazing cat dad and catio architect! 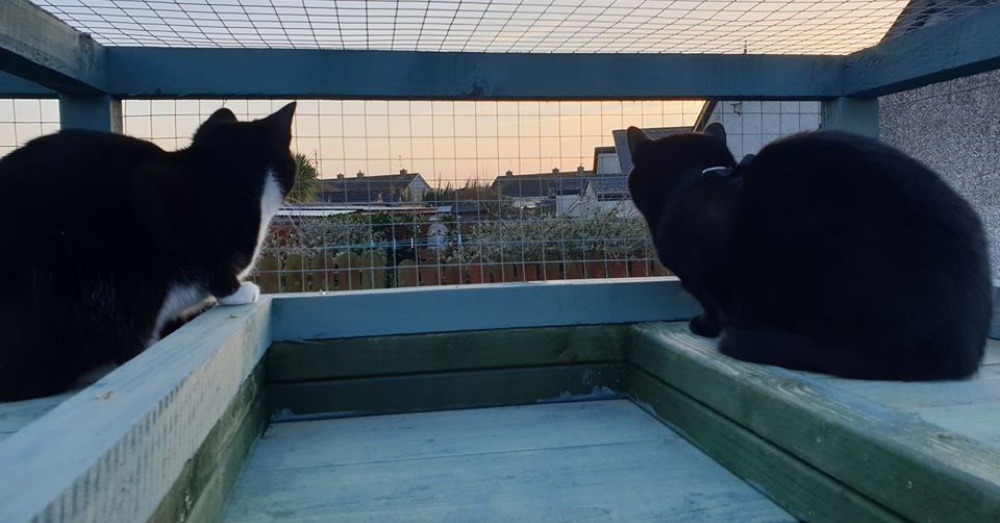 Cat owners around the world are realizing how much their cats enjoy the outdoors and building their own catios. There is even a Facebook group called Catio, where cat owners share photos of their outdoor cat play spaces. Check it out, maybe you will be inspired to build one for your beloved feline.