We all get old. Even our pets fall victim to age. Not only do they get visibly older – their skin sags and their faces go grey – but they also experience the physical troubles of getting old. A lot of our pets will begin to experience arthritis and joint pains as they age. It can sometimes make life a little difficult or uncomfortable for them.

As loving pet owners, we try our best to accommodate them and make their lives as hassle-free as possible. For Tonino Vitale, he noticed that his 13-years-old Labrador, Dylan, started to slow down. The old pooch wasn’t as energetic as he used to be. 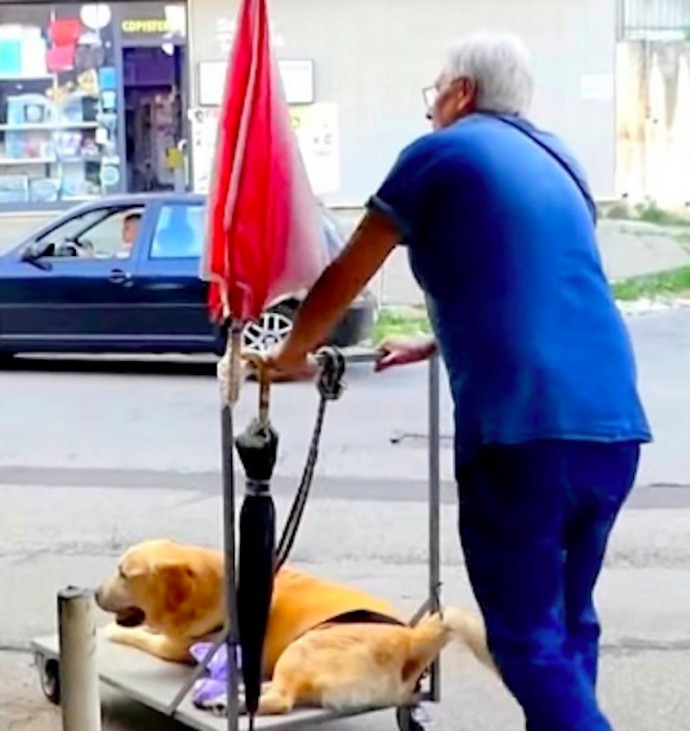 Concerned for his pup, Vitale took Dylan to the vet’s for a check-up. That is when he was told that Dylan was living with arthritis. This was the reason that Dylan wasn’t moving around as much because he was experiencing pain in his joints. 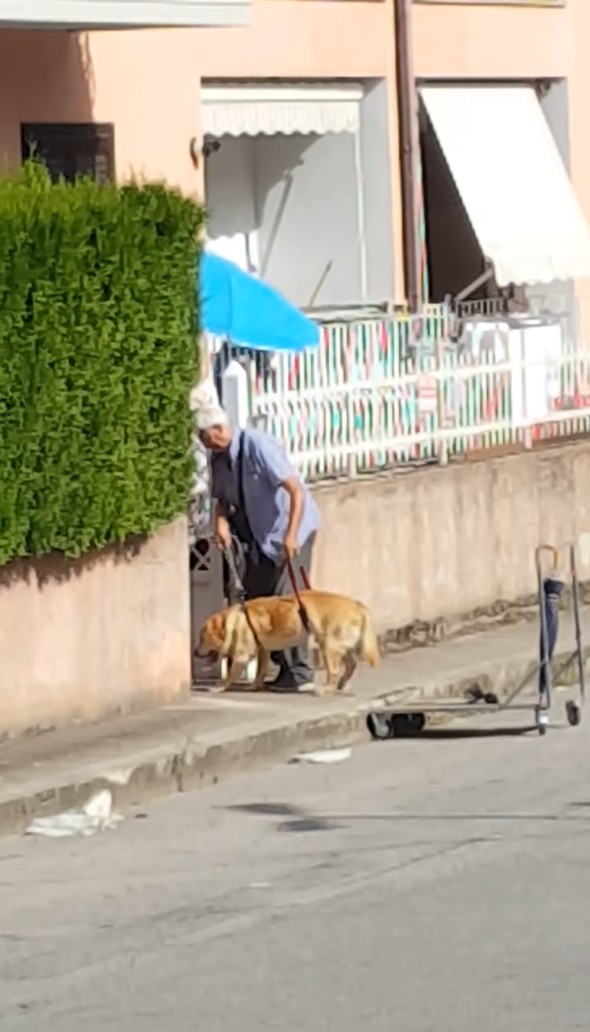 Knowing that his pup was getting up there in age and wouldn’t be around forever, Vitale decided to make each day count. Vitale started taking Dylan for daily walk, but in order to accommodate his pooch’s sore joints, he created a simple solution. And it was a very heartwarming one as well. 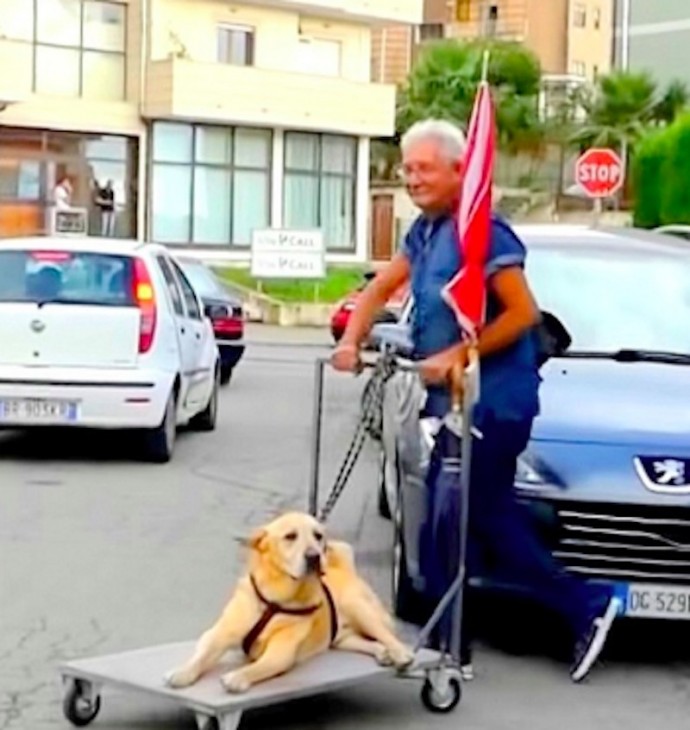 The older man built Dylan a cart where the pup could rest and relax as Vitale did all the hard work of pushing him around. It gave Dylan a chance to continue enjoying life outside with fresh air and views of the neighborhood, without necessarily having to struggle to walk. Vitale’s sweet gesture to his beloved dog actually began to have a positive effect on Dylan. Vitale noticed that after Dylan became accustomed to their daily walks, the senior dog seemed to show signs of alertness and being more cheerful.

The bond between these two did not go unnoticed for long. One of his neighbors took note of these them going out for their daily walks and decided to film them. The video went viral as soon as it was posted, with so many people touched by the man’s devotion to his aging friend.

You can watch them in the clip below:

How precious are these two?