He Showed Up At A Man’s Doorstep, Looking For Food. Years Later, He Still Comes To Visit!

In 2011, 65-year-old Seppo Laamanen was at his home in Punkaharju, Finland, when an unexpected visitor showed up at his front door. It was a fluffy little otter, who he later named Iivari, who appeared to be malnourished and starving. He fed him worms and caught fish from the lake to feed him to help build his strength. 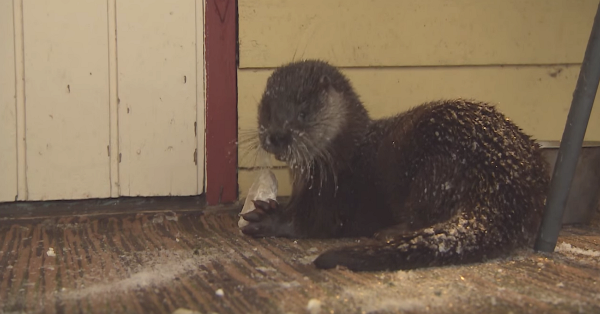 Ever since their first meeting, Iivari has continued to visit Laamanen at his home. The otter loves being around him and even responds to commands from him! Iivari runs right up onto his porch to eat and sometimes even goes into the house. These two share a unique bond that’s amazing to witness!