Pregnant Stray Dog Was Severely Emaciated, But Thankfully Was Rescued Just In Time To Give Birth!

This four-year-old American bulldog/boxer mix is a proud new mom to nine puppies, but her life wasn’t always something to be proud of. She was picked up as a stray this month after being found wandering the streets severely malnourished. She was so underweight that her ribs were sticking out, despite her being pregnant. 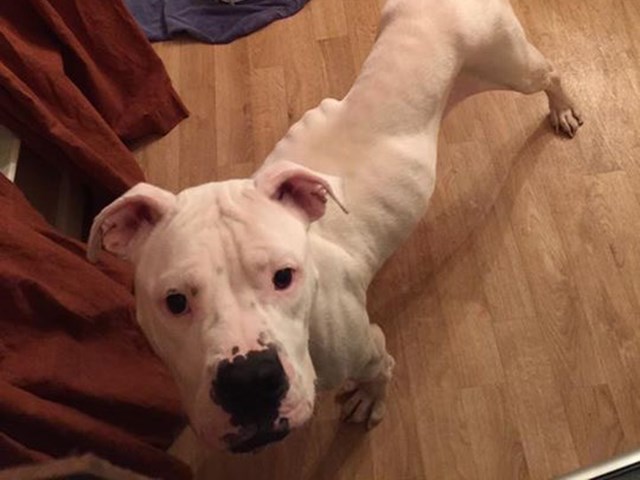 She was taken in by Richmond Animal League and wound up giving birth to her nine healthy puppies on Easter a week after being rescued. Her rescuers wanted to find her a foster home as soon as possible, because they knew raising puppies in a shelter could be a stressful environment for them and the mama dog. It could also be dangerous for the puppies’ health, as there are unvaccinated dogs at the shelter which could become deadly for pups that young. 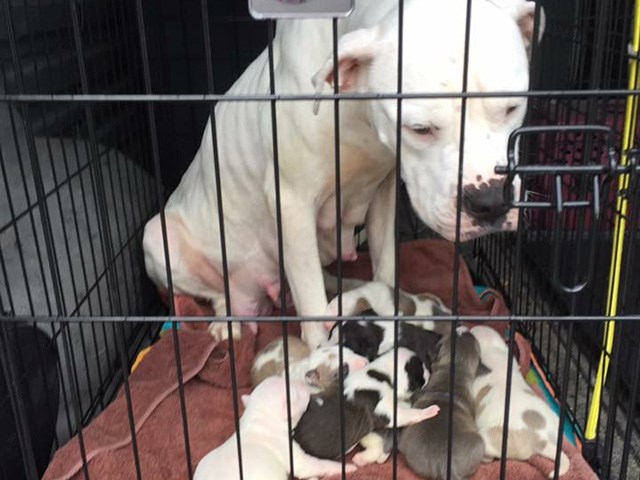 The Hooper family was nice enough to foster this sweet family and are doing a great job helping the mama raise her pups. Of course mama is eating well and quickly gaining weight back! 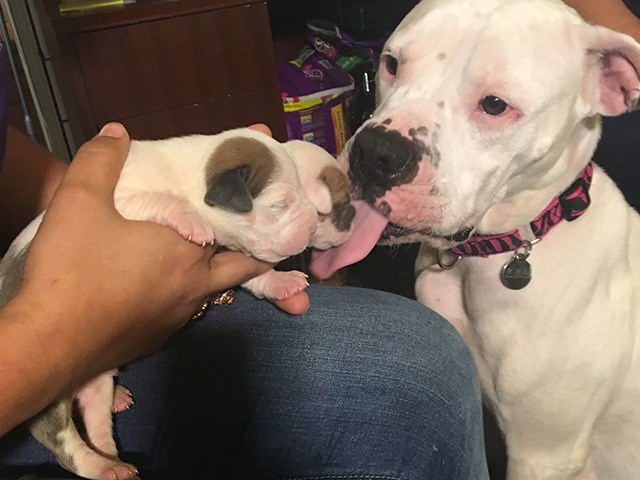 The Hoopers believe that this dog was not always a stray. She knows how to sit and a few other basic commands, and also goes to the bathroom outside, which leads them to this theory. 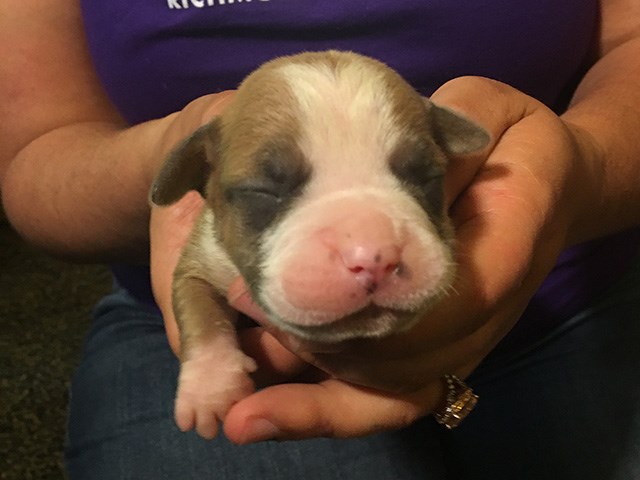 She and her pups – seven boys and two girls – will be up for adoption in around six weeks. 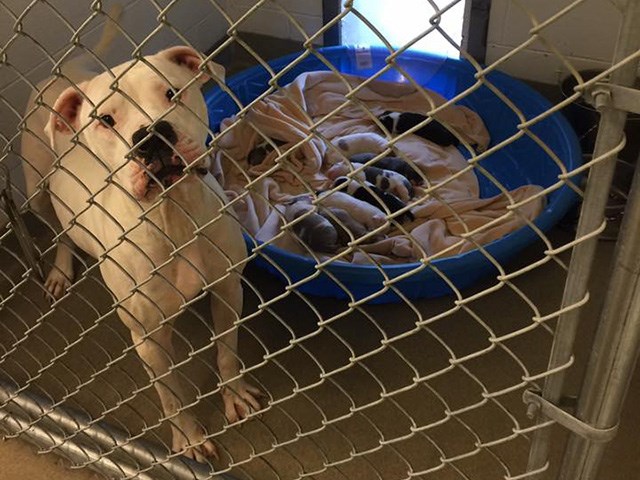