Severely Abused Mama Dog Amazes Rescuers With Her Will To Survive

When rescuers first met Annie, the pit bull-lab mix was simultaneously fighting for life, vomiting maggots, and giving birth in a hot Oklahoma driveway. You’d think her sorry condition might elicit a little sympathy — especially because the pregnant dog was covered in oozing wounds from a recent dog attack, and had a half-born puppy hanging lifeless from her limp, dehydrated body. Instead, Annie’s owner spat on the dying dog, muttering “she ain’t worth it,” as rescuers took the one-year-old mama dog away. 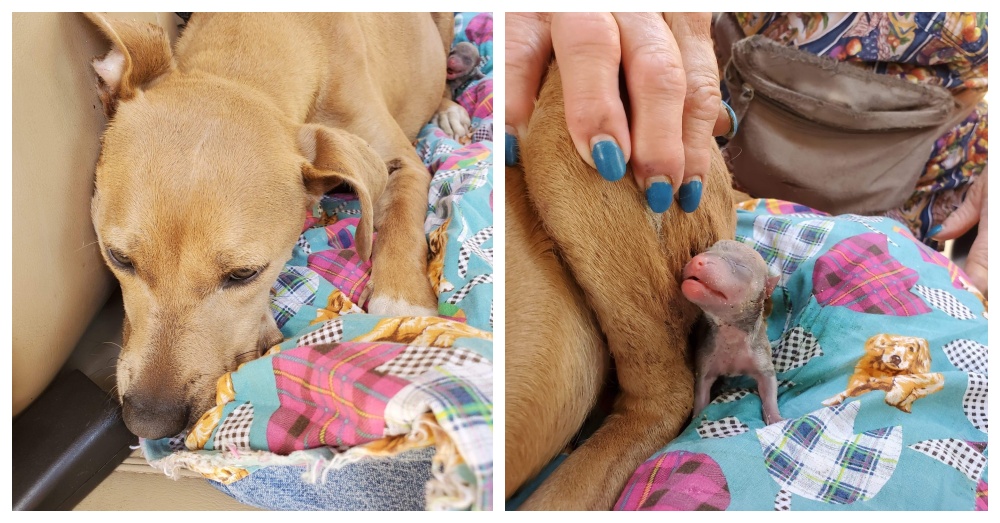 At the animal hospital, doctors rushed to induce an emergency c-section, because the malnourished dog was too weak to deliver the puppies on her own. Sadly, none of Annie’s 10 puppies would survive this horrific ordeal, which even managed to shock seasoned ER staff at the animal hospital. “Dr. Didier said he had never seen anything like Annie’s case,” outraged rescuers wrote Facebook, explaining this sentiment has been echoed by every doctor that Annie has visited since. 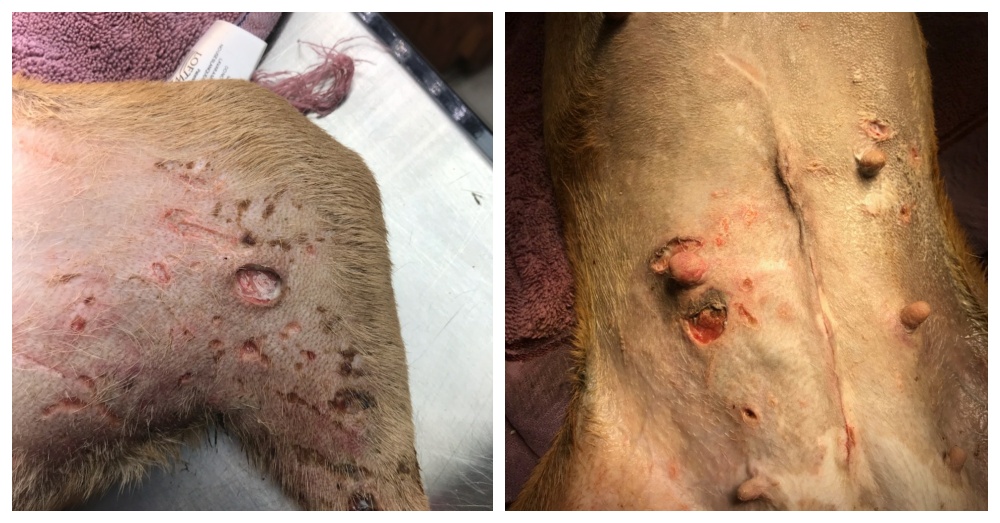 Rescuers weren’t sure Annie would make it, either, but the brave mama dog — who has already overcome multiple surgeries, blood transfusions, and delicate efforts to repair her damaged skin — has impressed rescuers with her strong will to survive. Even so, this determined pup has a long road ahead of her, and she isn’t out of danger yet.

“She should not have lived through all that she has, but her soul just isn’t ready to give up,” rescuers wrote on Facebook. “She is the strongest little dog I’ve ever met. Her soul is on fire, and her story just is NOT ready to be finished!”

Even so, Annie’s medical bills are quickly piling up, forcing rescuers to crowdfund donations to help pay for Annie’s medical care. The phenomenal price tag (which is upwards of $17,000 and growing) is frightening for this small non-profit operation, but as long as this little girl is fighting, rescuers have resolved to fight, too. 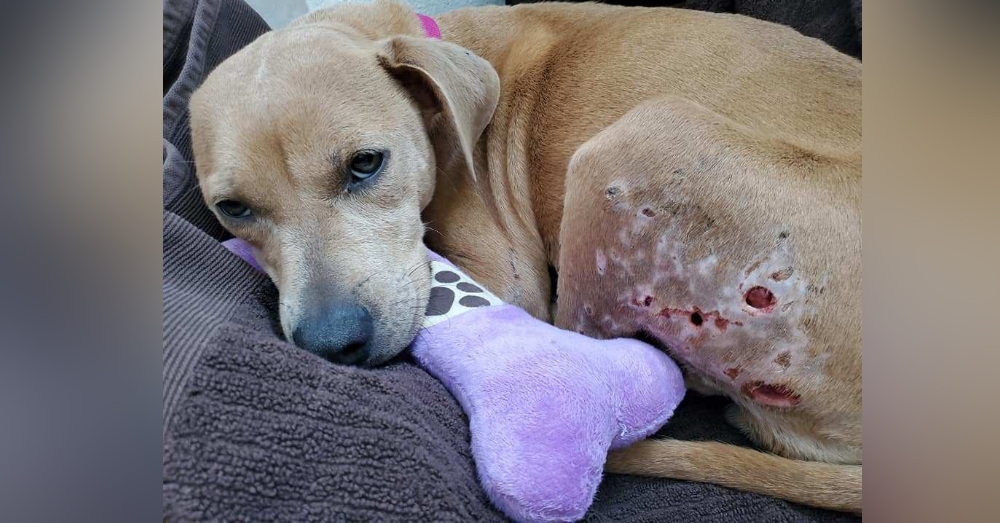 “We are a small little rescue, and we didn’t know what we were going to do, we just knew that this little girl absolutely COULD NOT die without ever knowing what it was like to be loved,” they wrote on Facebook.

Hang in there, Annie! You can help by donating to Annie’s medical fund here.