Mama Bear And Cub Try To Save Crying Sibling Trapped In Dumpster, But Need Help

There are an estimated 25,000 to 35,000 Black Bears in California. They are often seen roaming free around the Lake Tahoe Basin. Bears are very clever animals but sometimes they find themselves in need of help.

Placer County Sheriff’s Office is devoted to protecting all members of their community, including the bears.

Officers received a call from Kings Beach motel about a bear cub that was trapped in their dumpster. When they arrived they were greeted by mama bear and another cub. The pair was trying relentlessly to get to the crying cub. 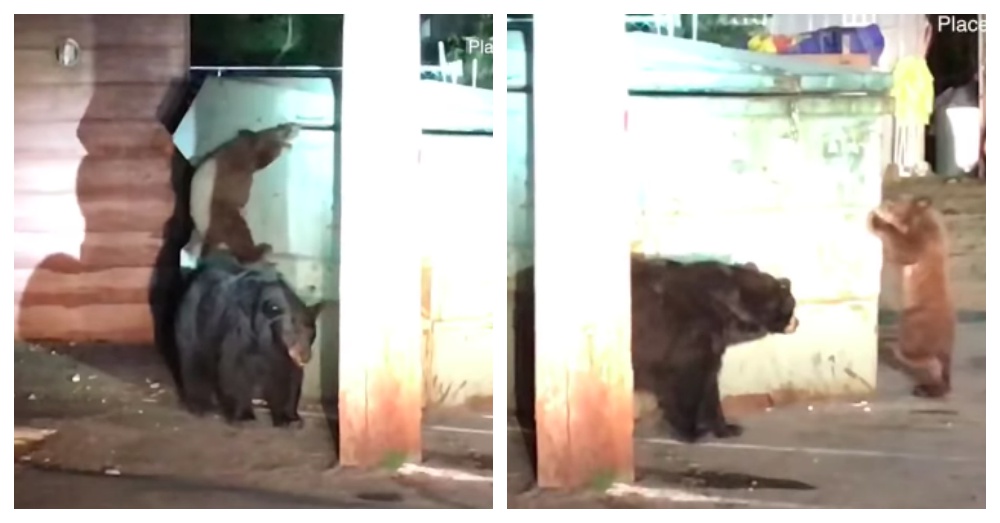 The cub was balancing on the edge of the dumpster trying to open the top, but was unable to reach it. Mama kept watch right next to the dumpster. Officers observed for a few minutes and then came up with a plan. They needed mama and the cub to leave the area so they could safely get to the dumpster. 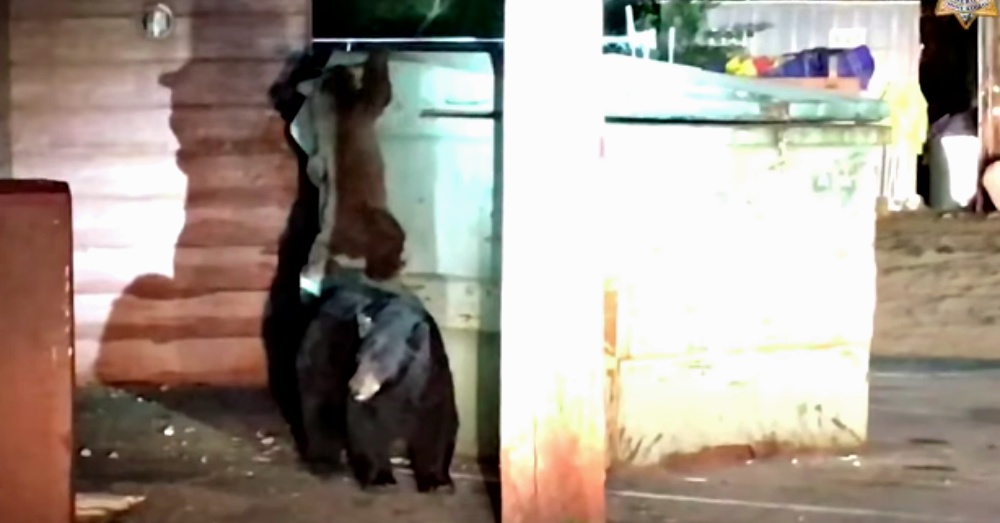 “A mama bear is the most dangerous when her cubs are around her. Wild animals are very unpredictable. Our deputies need to be cautious of the publics safety, their own safety as well as the safety of the bears when they deal with situations like this,” posted Placer County Sheriff’s Office.

The officers used the sirens and lights on their cars to shoo off the bears. They reassured mama that everything was all right, “It’s ok, we are here to help.” 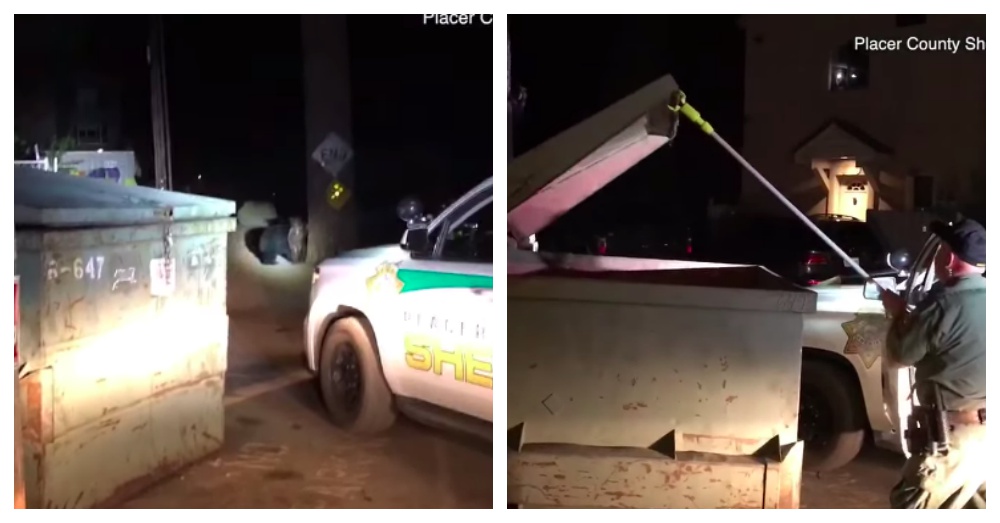 Once the bears were a safe distance away, but not out of sight, one officer approached the dumpster. He slowly lowered a step ladder into the dumpster for the bear to use to escape. 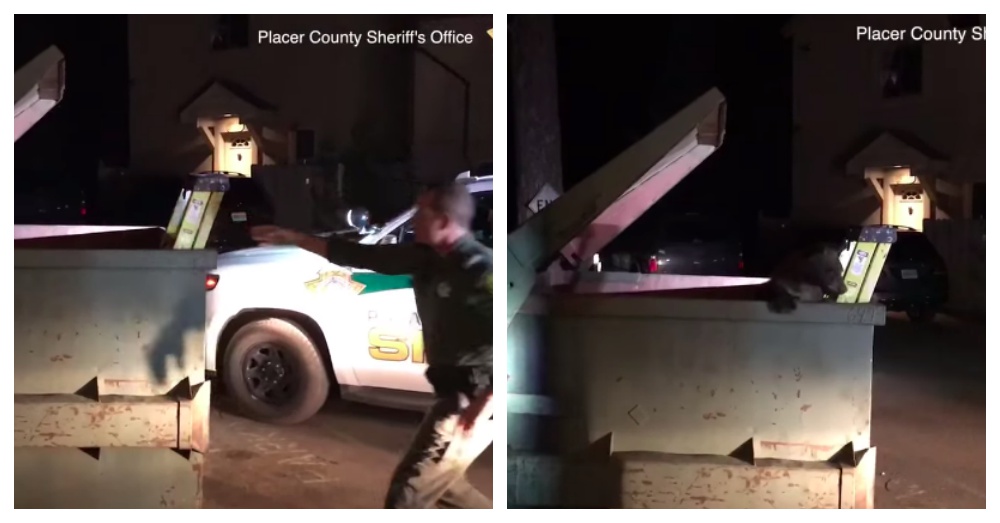 The cub wasted no time in climbing the ladder and escaping the dumpster. He quickly ran over to mama who was watching near a tree. The family ran off into the woods and will hopefully stay away from dumpsters. 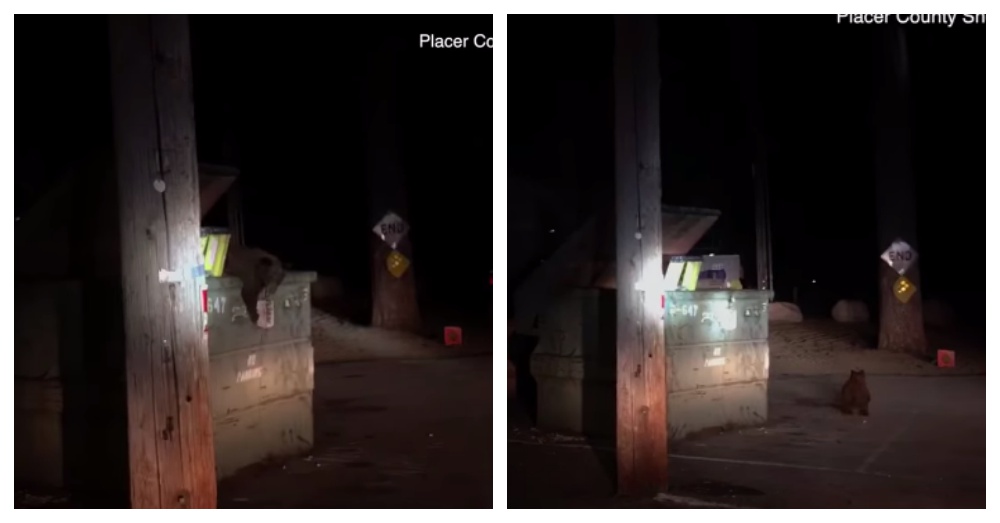 This is just one of many bear rescues that the officers have assisted in. As the bears prepare for hibernation they are in search of food and if trash is not properly contained, bears will get into it. Officers advise residents, “If you don’t use a secure bear box or dumpster, please remember to secure your trash. Access to garbage creates ‘domesticated’ and potentially more food aggressive bears. Securing your trash also prevents wildlife from eating items potentially detrimental to their health and making a mess with your garbage. Thank you! 🐻”

There is a way to coexist and residents commend the officers for another successful bear rescue with minimal involvement.