Wildlife rescuers were contacted after a female kangaroo with a joey in her pouch was struck and killed by a car in Melbourne, Australia.

Rescuers, Vicki Lloyd-Smith and Pam Rixon, arrived on the scene and were “overwhelmed with emotion when they found a male kangaroo standing over his dead partner trying to help her.”

All it took was just one look at the male’s face to see the pain he was in.

“Rescuers observed the male stroking the female looking clearly distraught over her loss and the fate of his baby now orphaned and laying helpless in her pouch,” posted Australian Society for Kangaroos.

Posted by Australian Society for Kangaroos on Friday, July 10, 2020

The wounded 6-month-old joey, which rescuers named Floyd, was rushed to a local wildlife shelter but passed away from his injuries.

The rescue team captured a photo of the grieving kangaroo and shared it with the world. They hoped “to show the world that kangaroos are victims and feel pain and compassion, which is very apparent by the look on his face.”

Sadly, countless kangaroos, including joeys still in their mother’s pouches, are hit by cars and left on the side of the road to die each year. The native marsupials are most active at dusk and dawn and have frequent collisions with speeding vehicles. 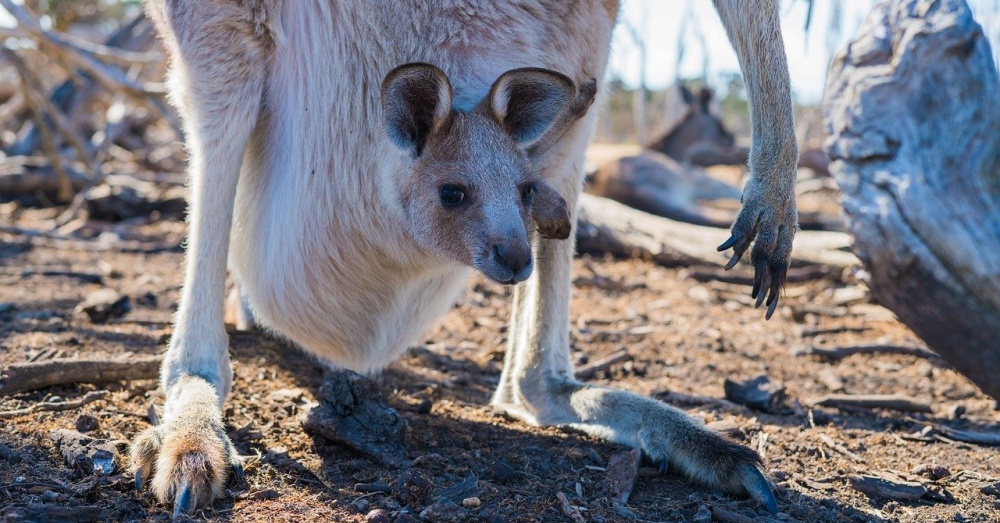 However, wildlife organizations are hoping to change the view Australians have on the iconic animals and give them a reason to slow down.

Most locals see roos as pests and not the compassionate animals they are. “Kangaroos are family animals with close family bonds and complex social structures. They are regularly witnessed in the wild and in care actively protecting their family, showing deep loyalty and affection and distress and grief when they die. The impact of the unrelenting slaughter of these sensitive family orientated creatures across the Australian outback every night is horrific, yet most Australians remain unaware,” wrote the nonprofit organization.

The emotional photo is already striking a chord with animal lovers and one commented, “This rips my heart out … animals have more compassion in one little paw than MOST humans will have in a lifetime ❤️❤️❤️.” 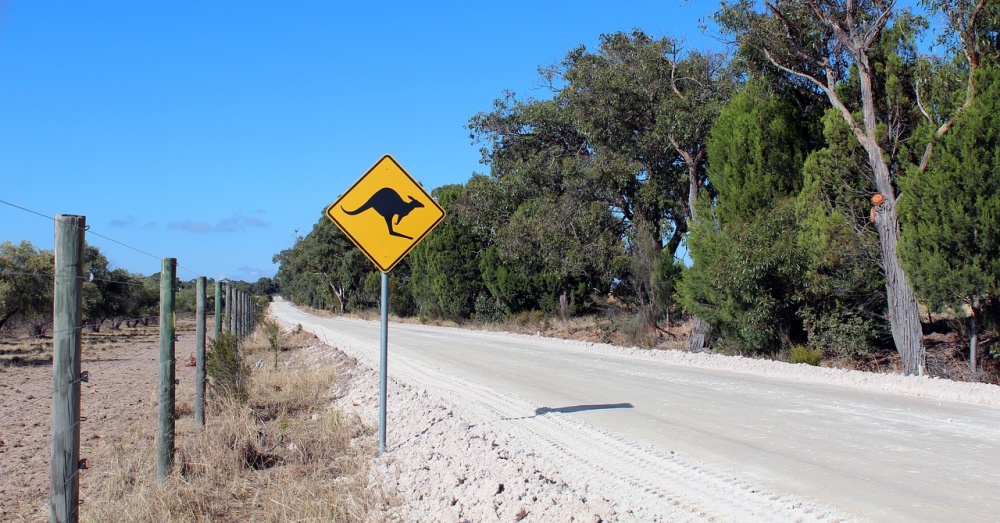 Another said, “This was something we couldn’t understand the speed people drive, when they know there are animals about. We were lucky enough to spend a year traveling around Australia last year and luckily we didn’t hit anything, that’s what brakes are for and being silly 🇬🇧 we stuck to the speed limit. I remember crossing the Nullabor and thought it should be called the road of death. We loved the outback and seeing the Roos. They’re such gentle little animals. ❤️🦘”

For the sake of all wildlife, no matter where you live, SLOW DOWN!