This Kitten Might Look Like Any Other Cat, But He’s Actually So Rare That He’s One In 3,000!

Three-week-old Burrito looks like any other kitten, but he’s actually very rare. One in 3,000 to be exact!

While veterinarian Dr. Erin Henry at Animal Welfare Association in New Jersey examined the adorable kitten, he discovered that he’s a genetic anomaly.

“When I turned little Burrito over I was so surprised,” Henry told CBS Local in Philadelphia. “I’ve examined thousands of kittens while working at AWA and they are so rare that he may be the only male tortoiseshell I’ll ever see again.” 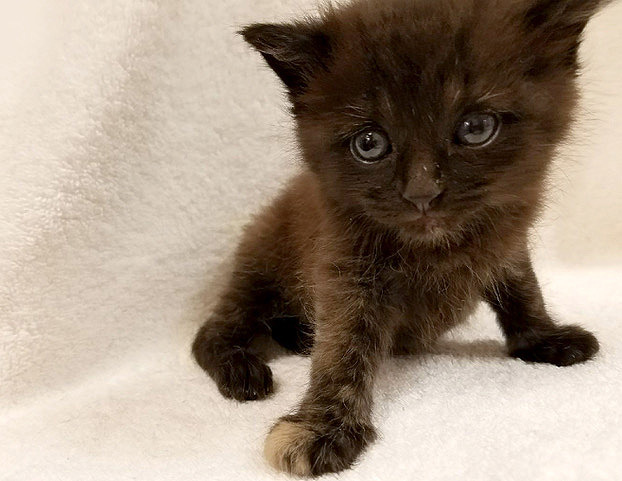 Burrito is a male tortoiseshell. Like calicos, most tortoiseshell cats are female. It turns out that only one in every 3,000 are male, according to a study by the College of Veterinary Medicine. Animal Welfare Association estimates the odds could even be as great as one in 400,000!

The reasoning behind this is because males are usually sterile and unable to breed. According to the AWA, “the cat’s orange-and-black coat is dictated by the X chromosome. Females have two X chromosomes, and males have an XY combination — hence only female cats having this particular fur color. For a male cat to be tortoiseshell, it means he has two X chromosomes and one Y.”

This adorable anomaly will be up for adoption when he’s old enough in a few weeks.