The Galindo family became suspicious when part of their patio appeared discolored and their dog’s eyes were red. However, they never suspected that someone was intentionally harming their beloved dog.

Alfonso Galindo was horrified when he watched the footage from his surveillance camera to see what was causing the discoloration on his patio. He discovered that the local mailman had been pepper spraying the families beloved dog, Pupa. 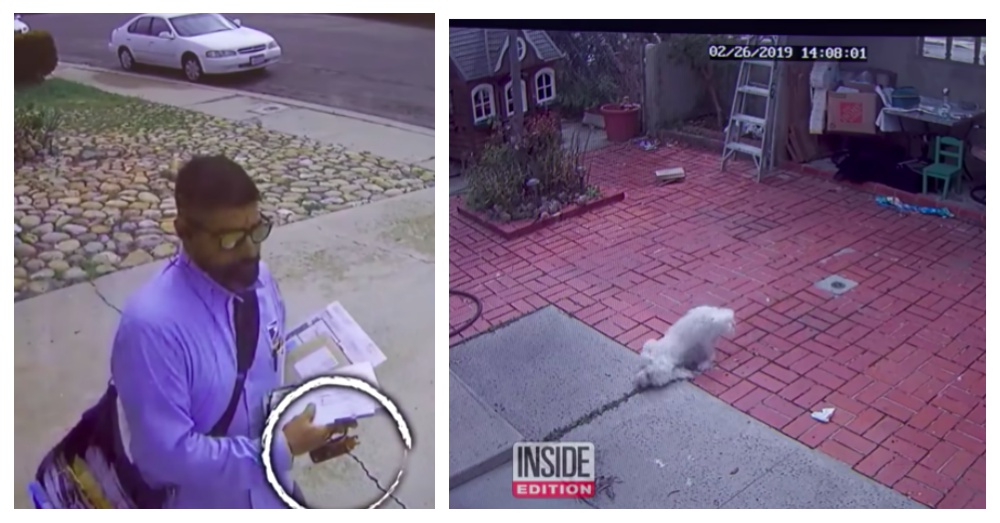 Pupa, a 7-year-old rescued poodle mix, was behind a metal gate on the patio of the home in San Diego when the incidents occurred. The video showed the dog in pain and rubbing its face as soon as the mailman walked past. Upon closer examination, Galindo noticed the mailman was carrying a can of pepper spray under the mail.

“The dog is withering in pain…makes me sick to my stomach,” said Galindo 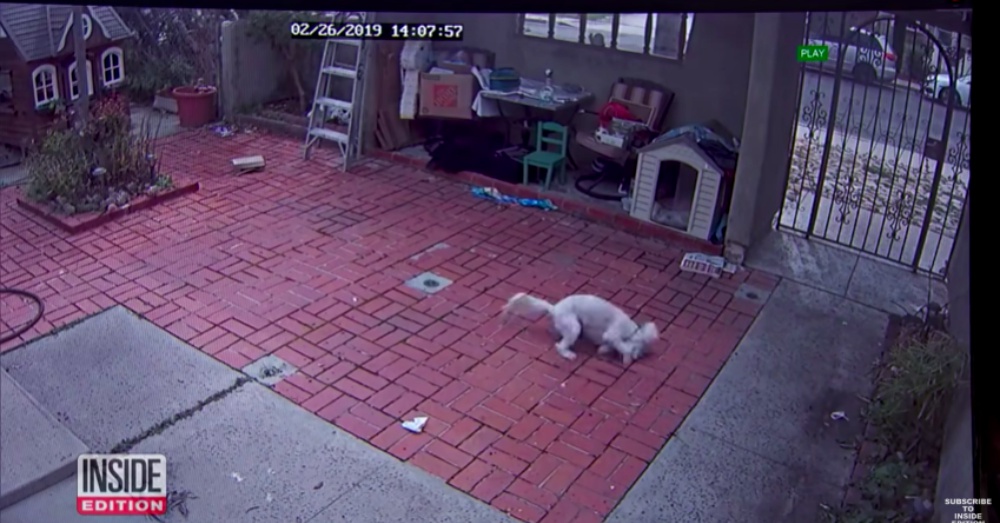 Galindo remembered a few times that Pupa’s eyes seemed red but went away. He was heartbroken when he discovered that the sweet dog was being tortured. This prompted him to review the footage for the past month where he discovered the mailman had pepper sprayed his dog 11 times!

“This is a total betrayal of trust. You would think the postal service is somebody you can trust,” states Galindo. 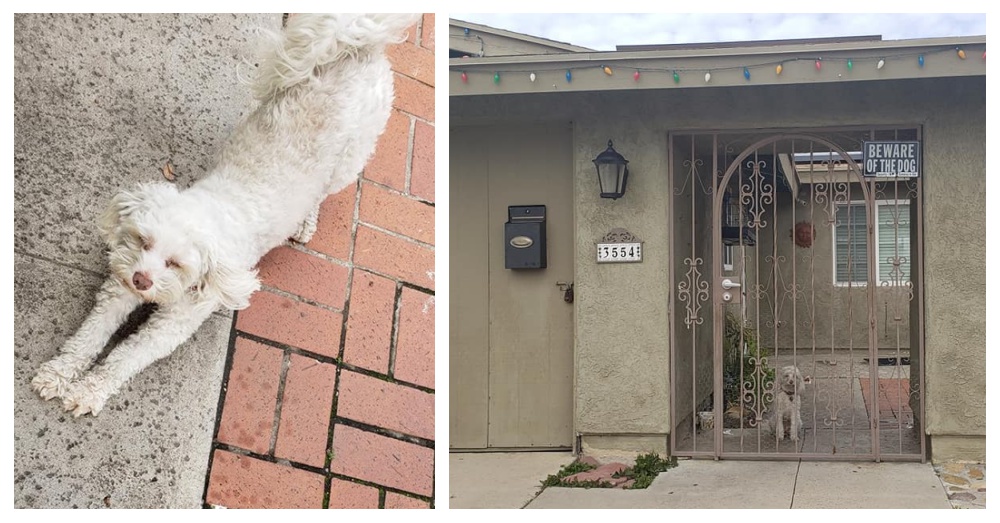 He immediately contacted the local police and The U.S. Postal Service. His children, who constantly cuddle with Pupa, had been experiencing respiratory issues for the past few weeks due to exposure to the harmful fumes. The investigation is still ongoing and San Diego police are asking anyone in the area who suspect their dogs have been pepper sprayed to call them. Other neighbors have already come forward stating the same has happened to their dogs.

“I believe what he’s done to our family is criminal,” said Galindo.

Watch the disturbing footage in the video below.