Urban legend holds that dogs don’t like postmen, but that’s because those dogs have yet to meet Fernando Barboza, a dog-loving postal worker who keeps a bag of dog treats in his mail truck.

“When I bring a package to somebody’s door, and there’s a dog there, I give them a treat,” Barboza told The Dodo. “Like, if I’m bringing something for the owner, I might as well bring something to the dogs, too, since they’re part of the family,” he said. 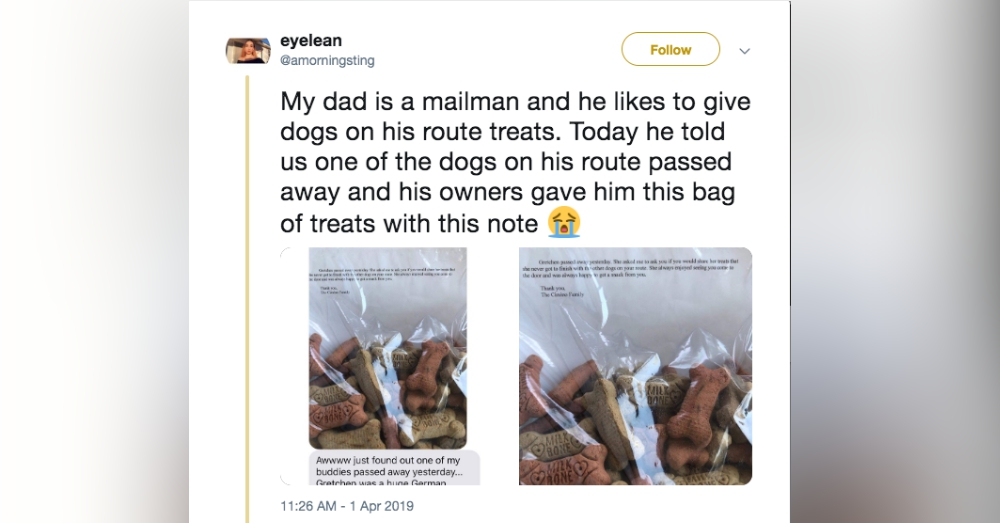 This is how Barboza first won over Gretchen, a senior rescue living along his route. And while it wasn’t unusual for this dog-loving postman to make new canine friends, Gretchen, a skittish German Shepherd mix, didn’t generally care for people outside of her immediate family.

Her new owners suspected that the Texas rescue had probably been abused before officially joining their family in 2013. “She was pretty mistrustful of all people,” Chris Cimino recalled to The Dodo. “I don’t know her entire backstory, but judging from her initial reactions, it wasn’t a good story.”

Though Gretchen warmed up to the Ciminos in time, she would remain wary of other humans — until she met this dog-loving postman. “She knew the sound of the mail truck and she would perk up and get ready when she heard it,” Cimino told The Dodo. “[Barboza] just wore away that callus she carried with his good nature and love for her. And she loved him too,” Gretchen’s owner said of the dog’s strong affinity for the mailman, whose arrival she faithfully awaited every day for years.

So the mailman was crestfallen to discover a heartbreaking letter in the Cimino family’s outgoing mailbox upon delivered letters last week. “Gretchen passed away yesterday,” the letter read. 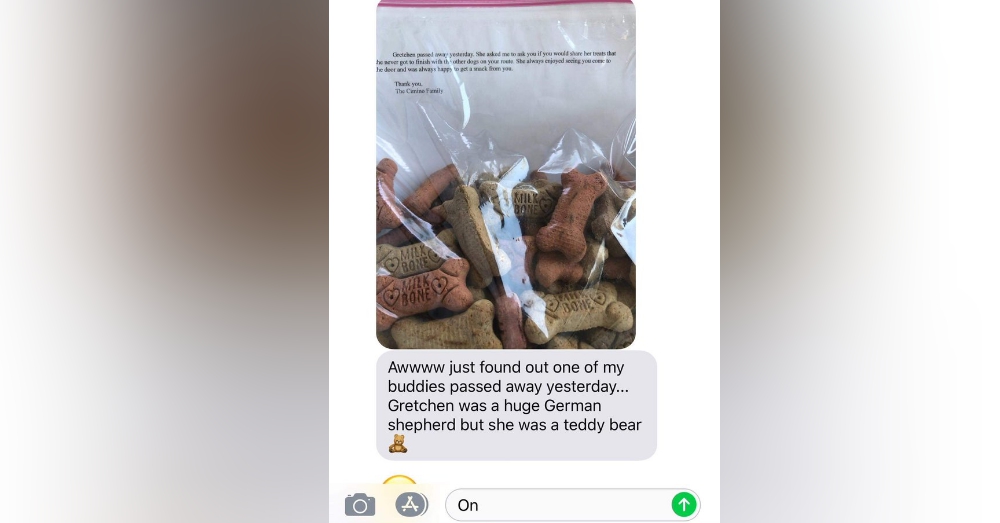 “She asked me to ask you if you would share her treats that she never got to finish with the other dogs on your route,” Chris Cimino wrote. “She always enjoyed seeing you come to the door and was always happy to get a snack from you.”

“I was choked up,” the mailman recalled, even though he’s honored to carry out his old friend’s final wishes. “It’s been both happy and sad,” Barboza told the Dodo. “I’m sad when I think about her, but I’m happy to see the other dogs’ tails wagging like crazy when they get the treats,” he said. “It’s bittersweet.”