Military Working Dog Sacrificed Himself To Save Army Rangers In Afghanistan

After courageously saving the lives of a team of U.S. soldiers, military working dog Maiko was killed during a battle in Afghanistan.

According to Task & Purpose, Maiko was serving as a multi-purpose canine (MPC) assigned to Army 75th Ranger Regiment’s 2nd Battalion. The team was executing a raid on Al-Qaida militants in the Nimruz Province when Maiko and Sgt. Leandro Jasso were both killed in the firefight.

“Maiko was killed in action while leading Rangers into a breach of a targeted compound,” reads a bio tweeted by Morgan in J1. “Maiko’s presence and actions inside the building directly caused the enemy to engage him, giving away his position and resulting in the assault force eliminating the threat without injury or loss of life.

“The actions of Maiko directly saved the life of his handler [Staff Sgt.] Jobe and other Rangers involved during the clearance.” 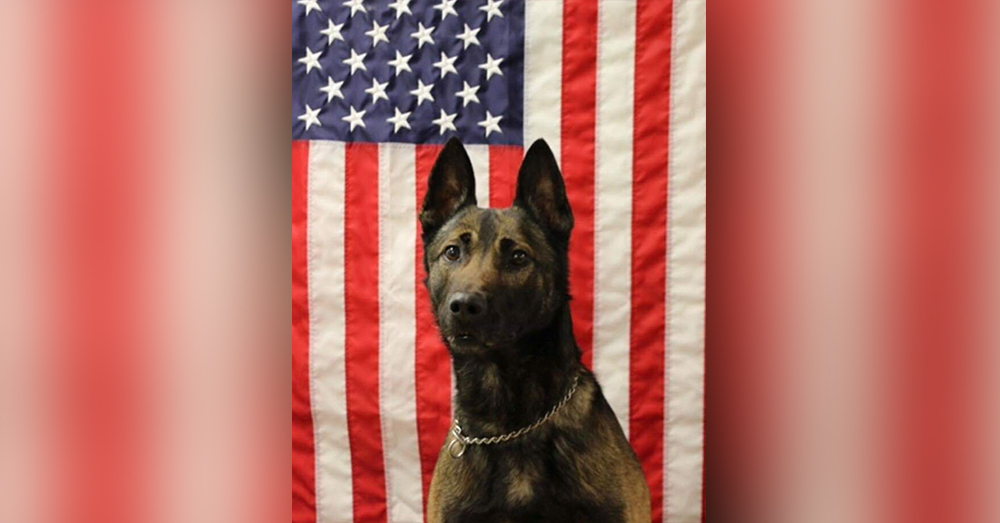 Maiko was 7 years old when he died, Stars and Stripes reports, and while a spokesman for the 75th Ranger Regiment at Fort Benning, Ga., had no information on where the tweeted bio came from, he confirmed it was accurate.

The team was attempting to clear out “one of multiple barricaded al-Qaida shooters,” when Jasso was accidentally shot and killed by Afghan forces, the military released in a statement. Maiko was killed by an Al-Qaida’s bullet. 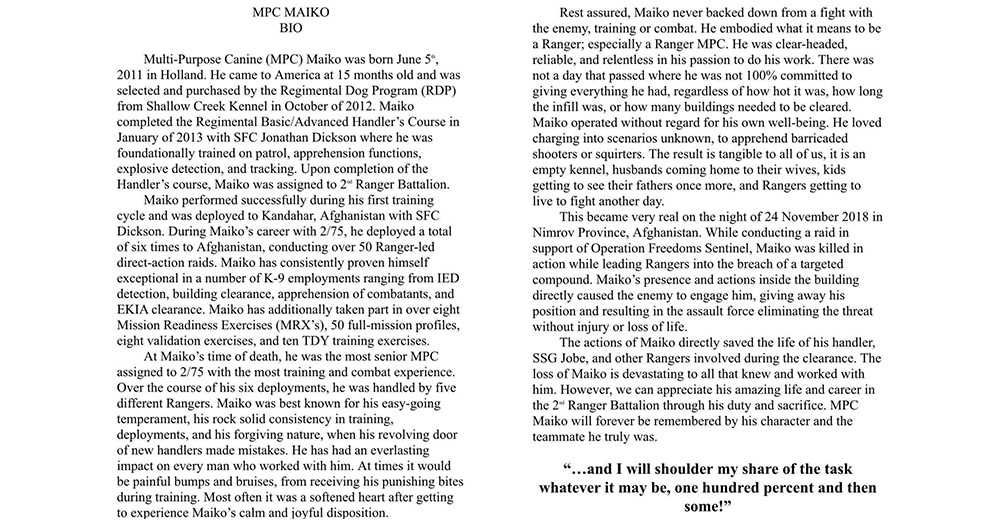 As a military working dog, Maiko served six tours in Afghanistan, participating in over 50 Ranger-led raids.

“Rest assured, Maiko never backed down from a fight with the enemy, training or combat,” the bio reads. “He embodied what it means to be a Ranger.”

The biography acknowledged the loss of Maiko was a devastating tragedy, though several more lives would have been lost were it not for him.

“It is an empty kennel, husbands coming home to their wives, kids getting to see their fathers once more, and Rangers getting to live to fight another day.”