Mischievous Magpie Taunts Elderly Cat By Pecking At Its Tail

Usually cats are the ones that are stalking and taunting birds, but a playful magpie pushed its limits with an elderly cat named Phoenix.

Phoenix is a 15-year-old cat that lives in Alberta Canada with her family. She loves to spend time outdoors in the garden watching the birds and the squirrels while soaking up the sun. However, one sunny day a Black-billed Magpie appeared and disrupted her peace and quiet. 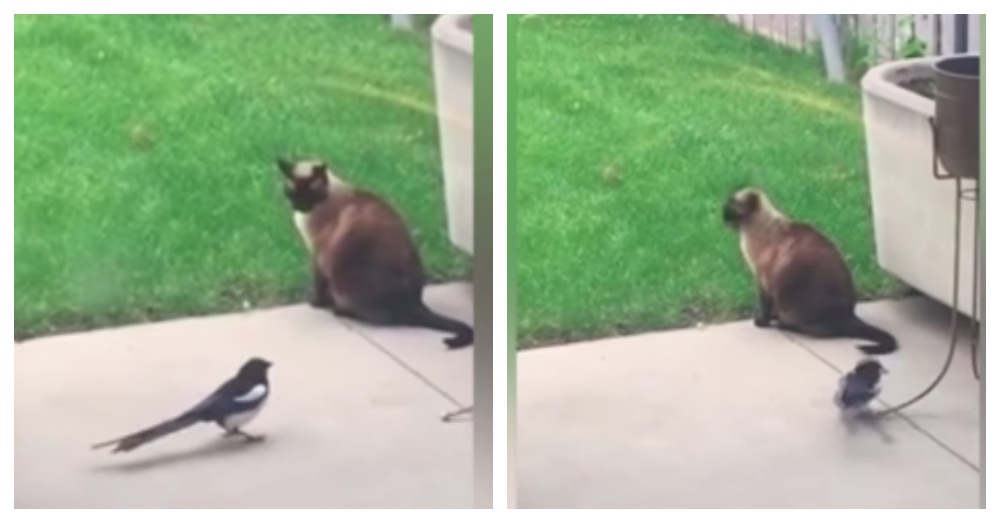 The playful bird hopped over to where Phoenix was sitting and pecked at her tail with its beak and then began squawking. She watched as the bird hopped around and never took her eyes off it.

The loud bird turned away every time the cat looked at it, but as soon as Phoenix looked the other way the bird would advance toward her tail. 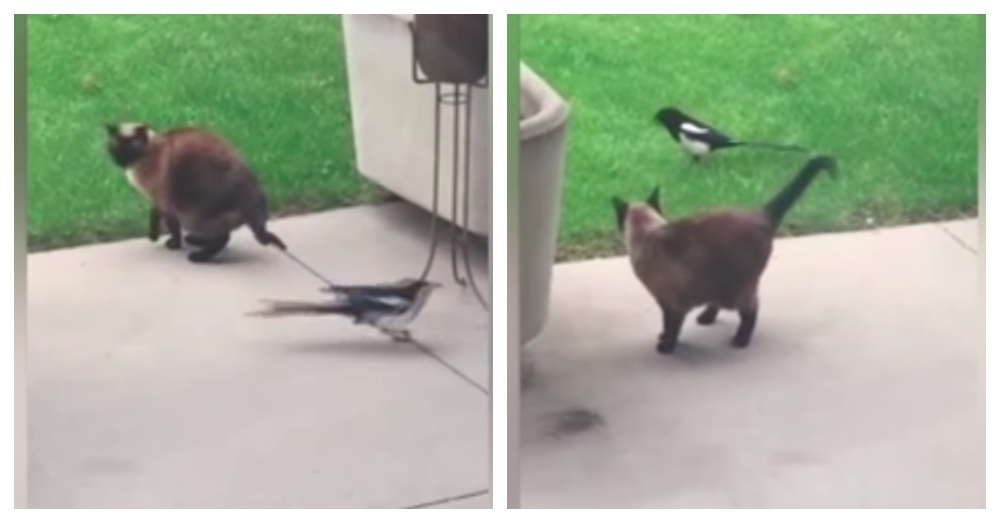 Phoenix, obviously annoyed by the little bird, gave a few deep meows as a warning but the bird continued to taunt her. After multiple attempts by the bird to peck the cat’s tail, it finally succeeded. Phoenix retaliated by chasing off the annoying magpie. 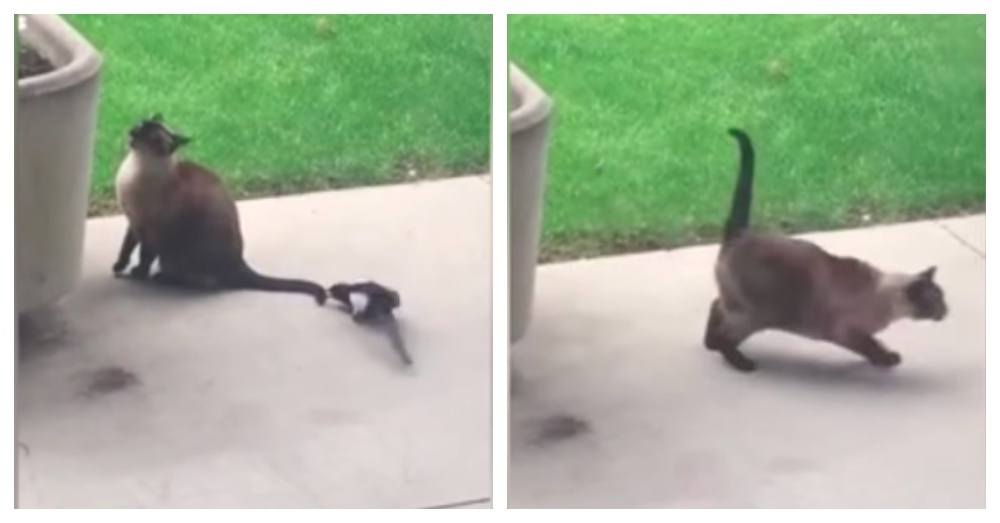 Magpies have a reputation for harassing pets according to Alberta’s website. The best way to prevent magpies and crows from visiting your yard is to remove all food sources and areas for them to nest.

The face-off between Phoenix and the magpie was captured on video and instantly went viral. Watch the video below and don’t forget to share.