Man Thought He Lost His Service Dog After She Was Hit By A Car, But Now She Has A New Leash On Life

Retired Navy SEAL John Brophy has an eight-year-old service dog named Maggie, who helps him in his everyday life. The two of them are the best of friends and share a very special bond.

But one day Brophy’s life came crashing down when Maggie was hit by a speeding truck in Ft. Lauderdale, Florida. The black Labrador retriever was nearly killed, and Brophy rushed her to Lauderdale Veterinary Specialists, not knowing what the outcome would be. 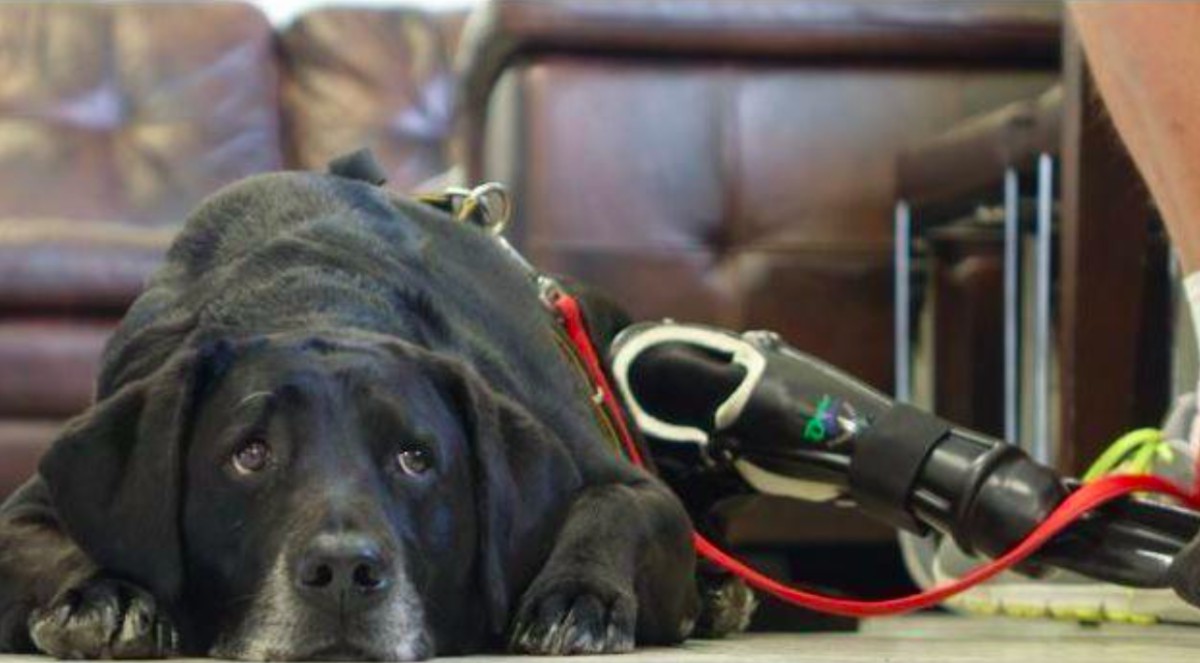 Maggie went into shock, and Brophy thought for sure that he had lost his beloved pup. Thankfully, she survived, but had to have her hind leg amputated from the ankle down. Brophy knew this would be a hard time, but he was just so happy that his beloved furbaby was still alive. 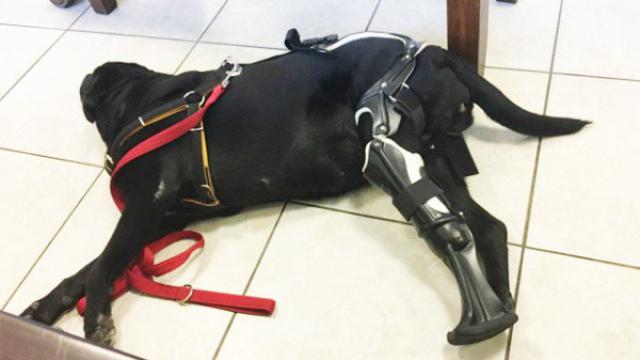 Maggie had to have several surgeries, but now, five months after the accident, she is walking again thanks to a custom fitted prosthetic! Maggie has adapted exceptionally well and quickly to her new leg. She is able to run and play just like any other dog. 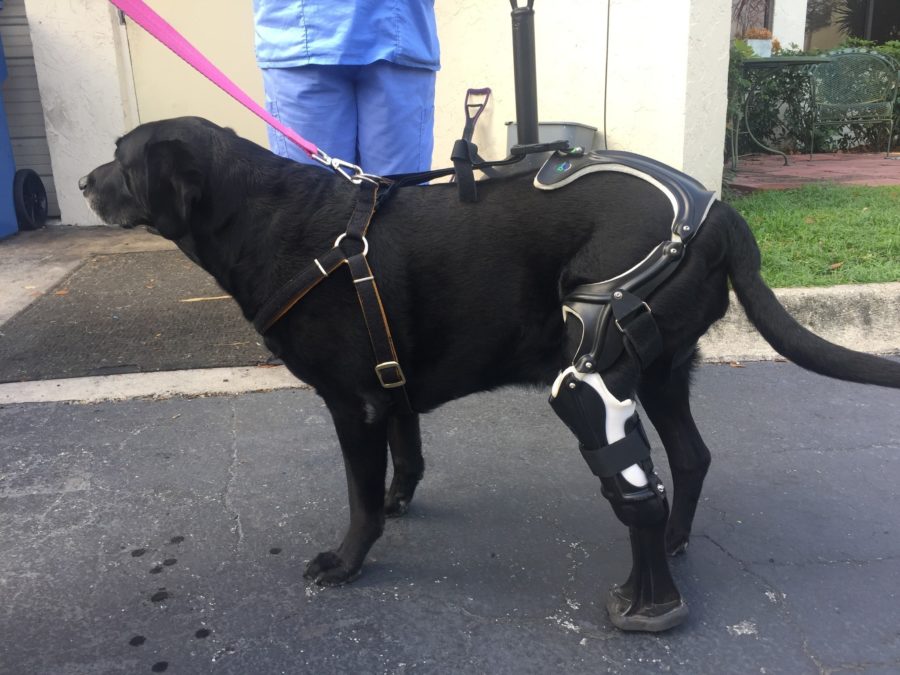 Maggie’s treatment and artificial limb totaled twenty thousand dollars but donations poured in from strangers and friends to get Maggie walking again and John Brophy couldn’t be happier.
“She’s like my child,” he told CBS Miami, smiling from ear to ear.