Officer Responds To Call About An “Intimidating-Looking” Dog. Then, He Noticed How She Got There

Maggie Mae never felt human kindness before, until a few weeks ago when an officer and an animal project gave her the love she so desperately deserved. The pit bull was rescued by animal control after she was tossed from a moving vehicle. However, no one reported her seen until the next day, and the call was very misleading. Animal Control Officer, Paul Ebbs, responded to “an intimidating-looking dog” thrown from a truck onto the 911 caller’s property. For some reason, the property owner thought that whoever threw her out of the car would come back for her, even though she was injured and had a chain with a lock around her neck. 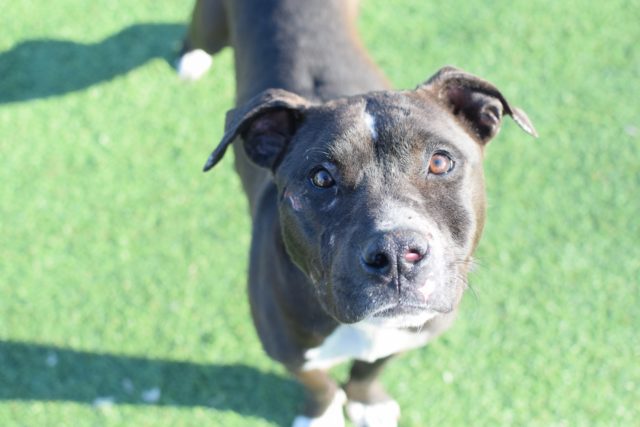 When he arrived, Officer Ebbs thought he would be face-to-face with a vicious dog, however, that “intimidating-looking dog” turned out to be nothing more than a scared dog looking for help. Maggie was visibly skittish, but was also gentle and sweet. Ebbs and the pit bull formed such a strong bond that he decided to name her Maggie Mae. Ebbs told I Heart Dogs, “Lets hope someone shows Maggie Mae a life where violence is absent, and she won’t need to look intimidating anymore.” The officer brought Maggie to LifeLine Animal Project, where they treated her for several infected bite wounds to her face and torso. Lifeline is an Atlanta based non-profit that takes in anywhere from forty to sixty dogs per day. When they heard of Maggie’s story, they immediately agreed to take care of her, which made her favorite control officer extremely happy. However, Ebbs knew there was one job left to be completed…… 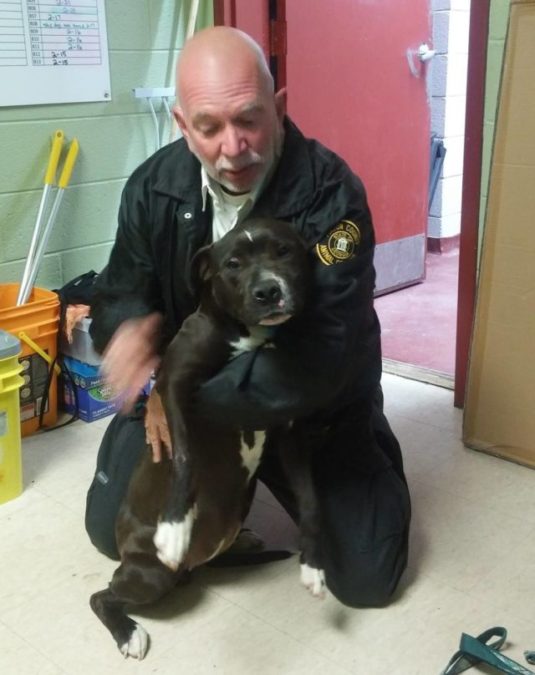