Far too often, we hear stories about animals being found abandoned in back alleyways or in dumpsters.

No animal deserves to be placed in the trash, though in some cases, they are born there because their mother had nowhere else to go.

One little kitten named Martyr was found all by himself in a dumpster. His human mom heard him crying from inside the dumpster and found him when she investigated.

He was all alone; his mama was nowhere in sight and there were no other kittens in the dumpster. The tiny kitten didn’t even have his eyes open yet! She learned that Martyr was only 1 week old. She knew she couldn’t leave the kitten there alone to fend for himself, so she became his new mama.

When she took him to the vet, she learned he had a few health issues they’d need to address, but what was more surprising was how rare he was! 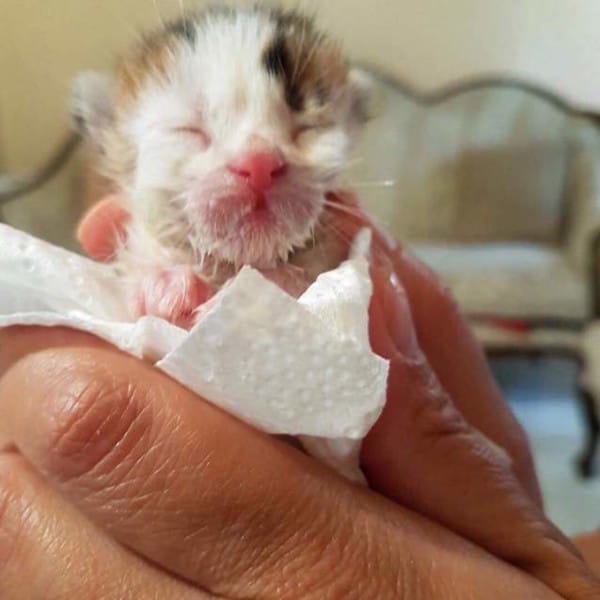 As soon as Imgur user Vodkaholy found the kitten, she raced home to care for him. She bottle-fed him around the clock to help him get big and strong. 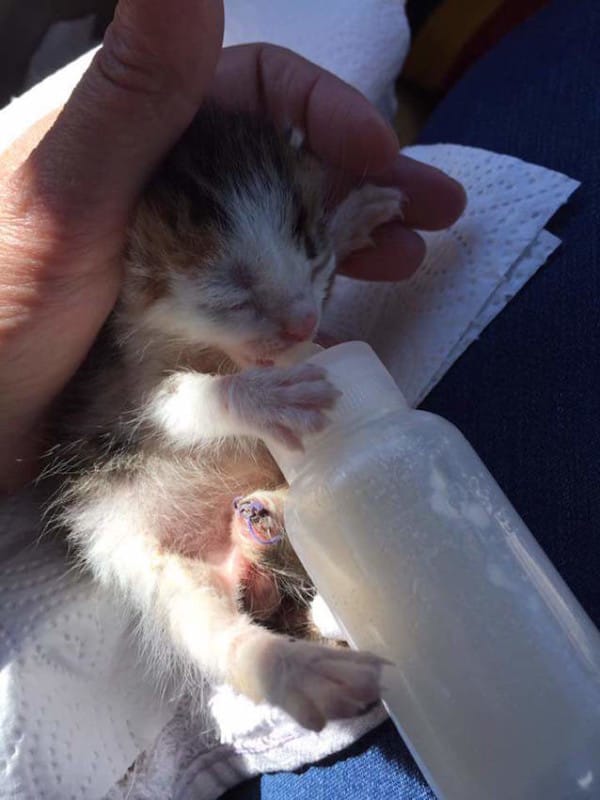 Before the little guy even opened his eyes, he lost one of his paws to gangrene. But that didn’t stop this tiny fighter!

The older he got, the sooner they realized there was something special about him. He was a calico! 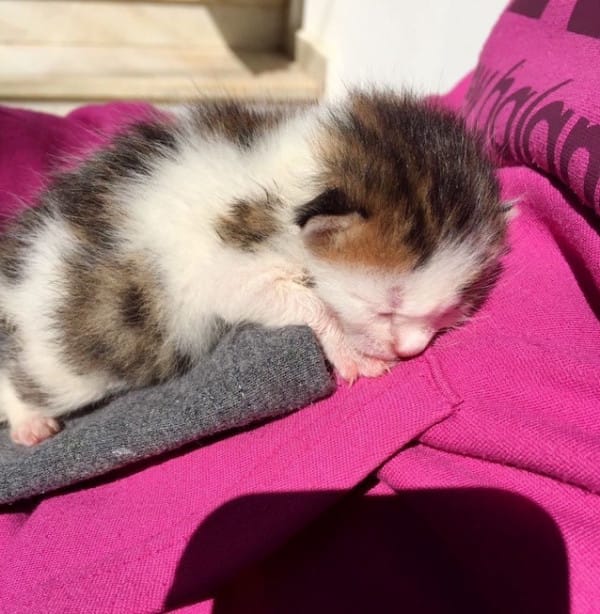 If you’re a big cat lover, you might know how rare that is. Almost all calico cats are girls. It’s usually easy to tell calico’s gender just by looking at their fur.

In every 3,000 calico cats, roughly one is a boy. That is one tiny percentage! So, Martyr is truly a rare little guy. 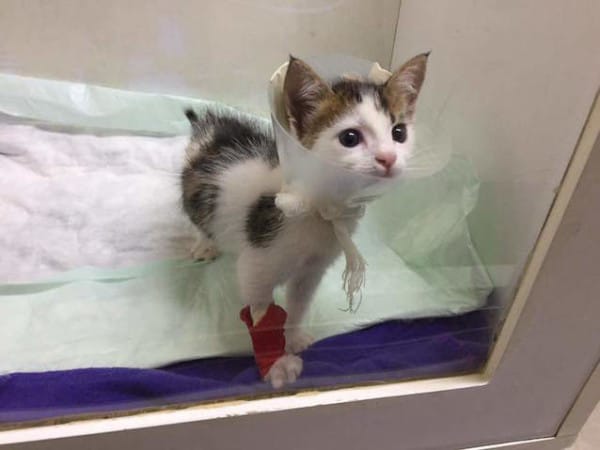 His broken leg was fixed and the little angel soon became a big boy, with a giant personality to match! 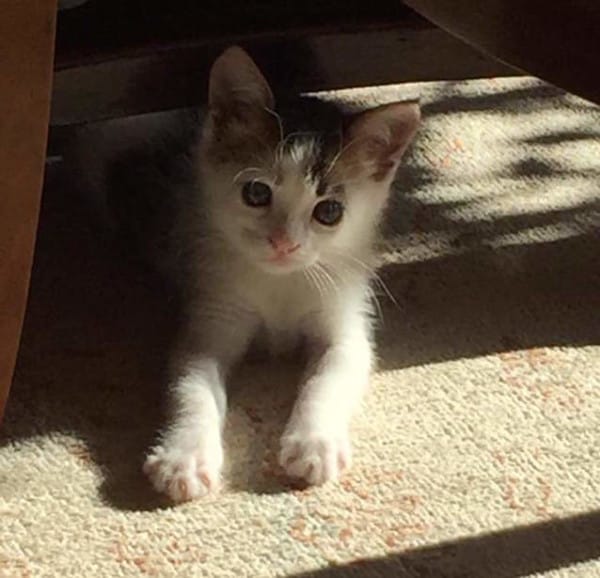 It has been nearly six months since Martyr was found in that dumpster. As you can tell from his pictures, he’s now a happy, healthy kitten. 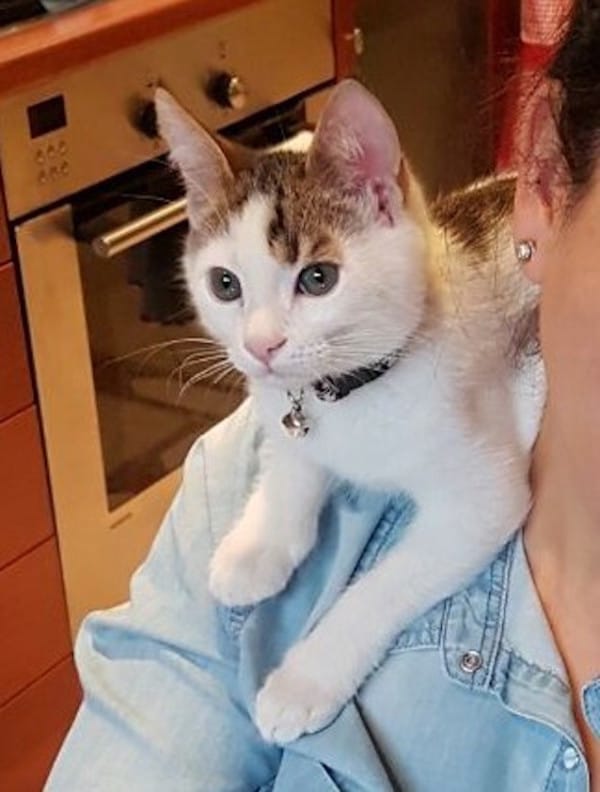 Don’t forget to SHARE this adorable and very rare young boy with all of your friends and family!