Puppy Named Lieutenant Dan Was Found With His Hind Legs Wrapped In Barb Wire, But Is Now Thriving In A Wheelchair

Our goal is to feed 4 million homeless pets, but we need your help.

One of the biggest expenses for shelters and rescue groups is feeding animals in their care. For many rescues, after food costs, they have little or nothing left in their budget for medical treatment, vaccines, or other adoption programs. That’s where GreaterGood.org’s Rescue Bank program comes in — we ship donated food to rescue groups around the country to make sure their animals are fed, and that they have extra money in their budget to help pets in desperate need — pets like Lieutenant Dan. 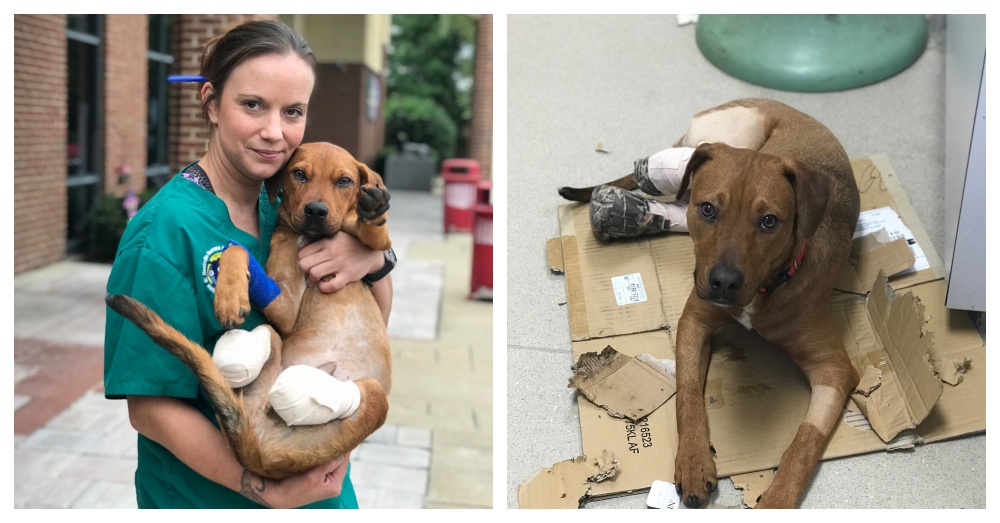 Nashville Humane Association received a desperate call from a rural shelter that took in a puppy with barbed wire wrapped tightly around his hind legs and needed help. The shelter jumped at the chance to help the little guy. The tightly wrapped wire caused his hind legs to be necrotic and infected. The only choice was to amputate them and do skin grafts.

Lt. Dan remained the sweetest and happiest dog, even after all he had been through. He continued to give kisses to everyone he met and wagged his tail constantly. 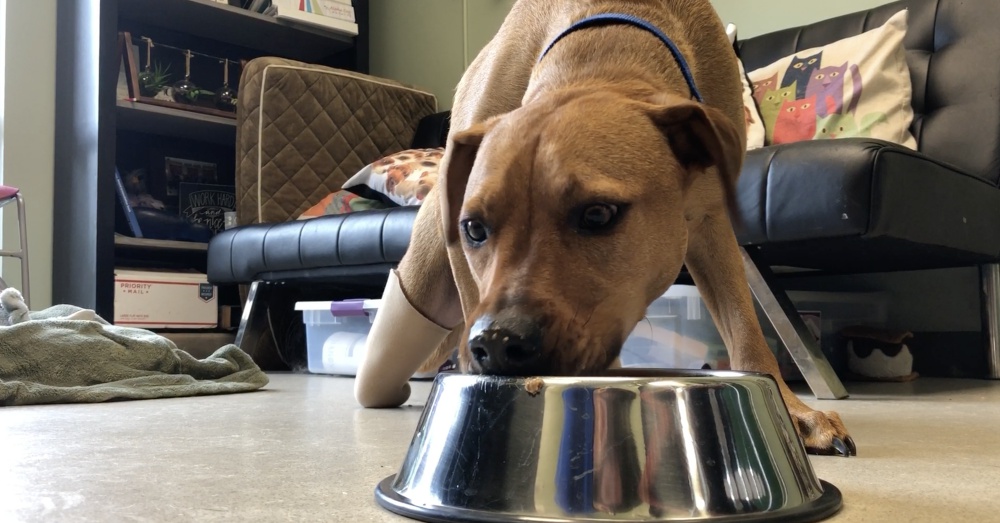 Laura Chavarria, Executive Director at Nashville Humane Association, said, “Dan is so special, because he is a great example of not letting your past hold you back. He has such a forgiving nature when he has no reason to trust any human after what he’s been through. He lives in the present, and he’s just happy to be alive.” 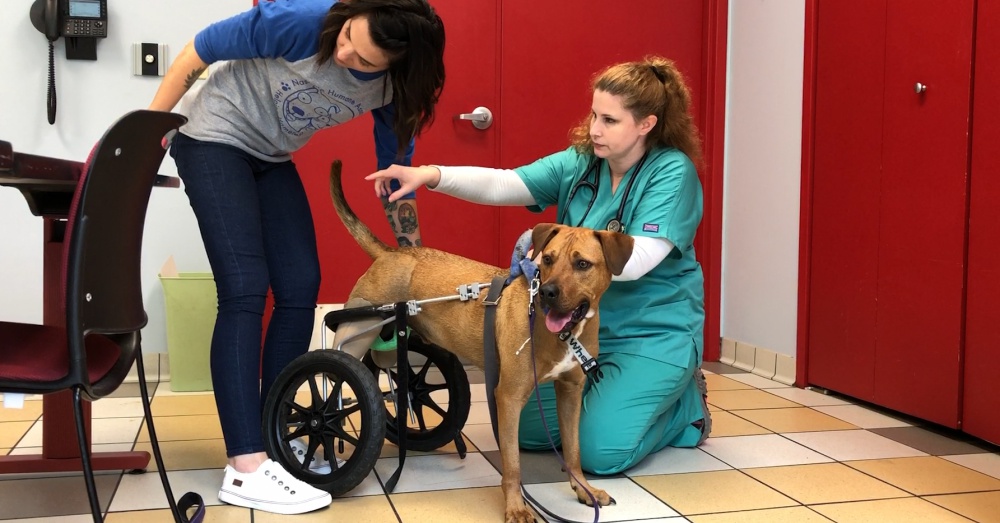 The shelter was able to afford custom prosthetics and a wheelchair because of food donations received through GreaterGood.org’s Rescue Bank program. “Rescue Bank’s donation really lets us make every dollar count. So instead of having to focus on feeding our animals, we’re able to use that budgetary money for special needs animals like
him.” 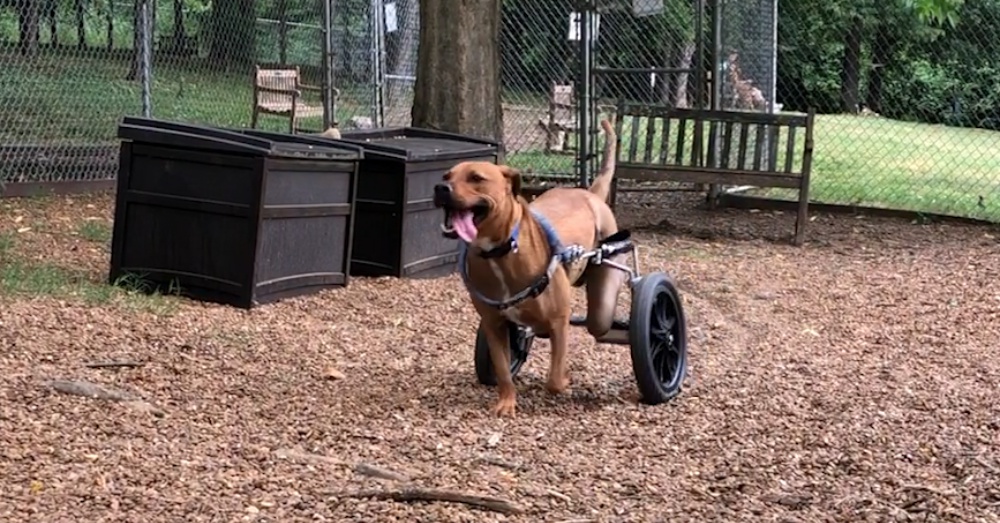 Lt. Dan now runs and plays just like any other dog. “He’s quicker on 2 and a half legs than he is on four,” said Chavarria. Multiple people have put in applications to adopt the sweet boy.

Watch Lt. Dan run free in his new wheelchair in the video below. He wants to thank you for shopping, clicking, and donating to feed shelter pets.

Shelter pets around the country need your help to fill their bellies with food. Celebrate National Feed a Rescue Pet Week by purchasing a Nourishment Pack – which includes:
– A donation to ship 100 meals as part of National Feed A Rescue Pet Week via GreaterGood.org’s Rescue Bank program
– Two high-quality stainless steel bowls for a pet’s food and water
– A bag of treats

Emaciated Dog Rescued After Man Abandoned Him For New Girlfriend: Click “Next” below!