Dangling from a tree branch above a hungry pack of wolves, a hiker might ordinarily think time was running out. If you’re a hiker in Okanogan County, Washington, however, you’ve got all the time in the world.

At least, that’s what the local rescue officers seem to think.

Authorities in Okanogan County had a hard time determining whose responsibility it was to save the research student from meeting her untimely demise at the jaws of the Loup Loup wolf pack, KING 5 News reports. The pack is estimated to contain as many as 8 wolves, and its territory has been moving around in recent years. 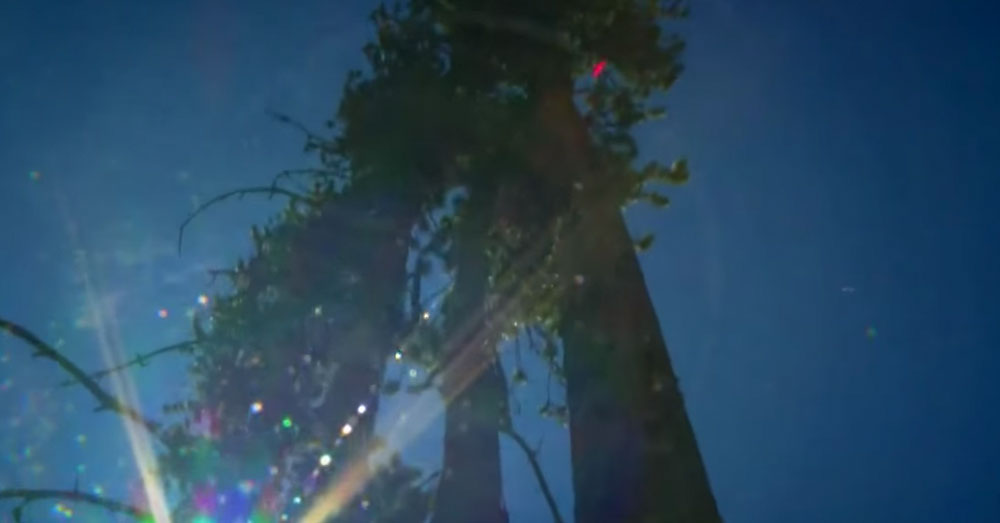 Source: YouTube/KREM2
The research student was working with the Washington Forest Service when she was treed by wolves.

Hikers in the area are advised to stay clear of the wolves, but if and when they meet, it apparently leaves local authorities in a dilemma.

The Washington Fish and Wildlife department doesn’t get involved in search and rescue operations, and Okanogan County rescue dispatchers don’t ordinarily send staff out to save people who aren’t missing. A hiker treed by wolves seems to skirt the responsibility of both groups. And that can be a big problem if you’re the one stuck up the tree.

As the departments disputed whose jurisdiction the rescue belonged to, the woman in peril had little choice but to “hang in there,” and wait for the business to be settled.

Here’s how that conversation went.

“So did Fish and Wildlife have anybody to go?”

“Yeah, they said they have an agent in service up there. They’re not exactly sure where he’s at. But he is in service in Okanogan County.”

“He’s supposed to call me back. Talking to the Forest Service, it’s not a Forest Service individual at all. This is actually a search and rescue operation.”

“So, I guess we’re requesting Okanogan County Search and Rescue to go rescue her.”

“Okay, I don’t know that they’re able to do that, because of a pack of wolves.”

“But what I’m being told is, although she’s is not actually lost, it is a rescue, and it would fall under Okanogan County.” 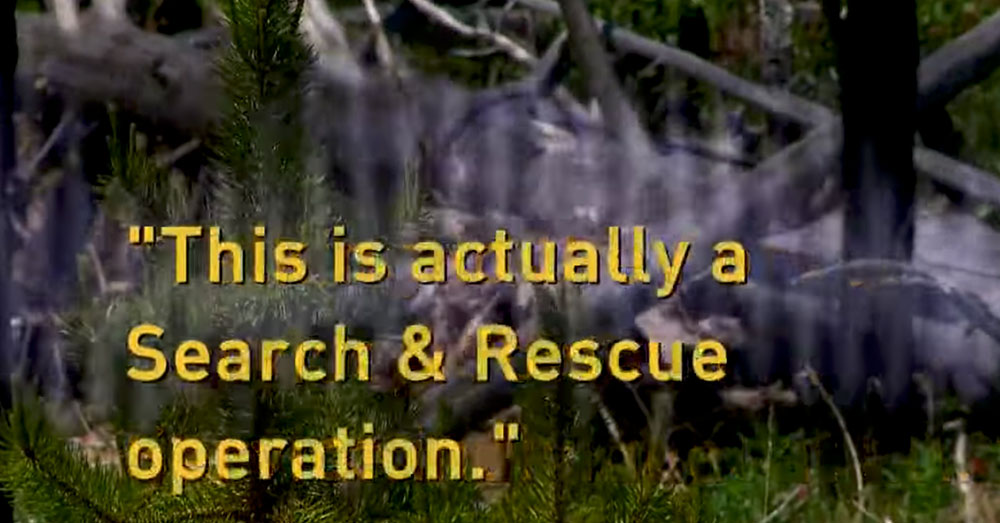 Source: YouTube/KREM2
It took authorities some time to decide who should rescue the woman.

“Okay, and who was it that told you that?”

“The Forest Service. And when I talked to Fish and Wildlife, they said, ‘Nope, that’s not search and rescue. That’s just us.’ And ‘no helicopter’.”

“See?! For goodness’ sakes! Somebody needs to figure it out.”

“And I’m like, ‘I don’t know how long this girl can hang in this tree’. Seriously.” 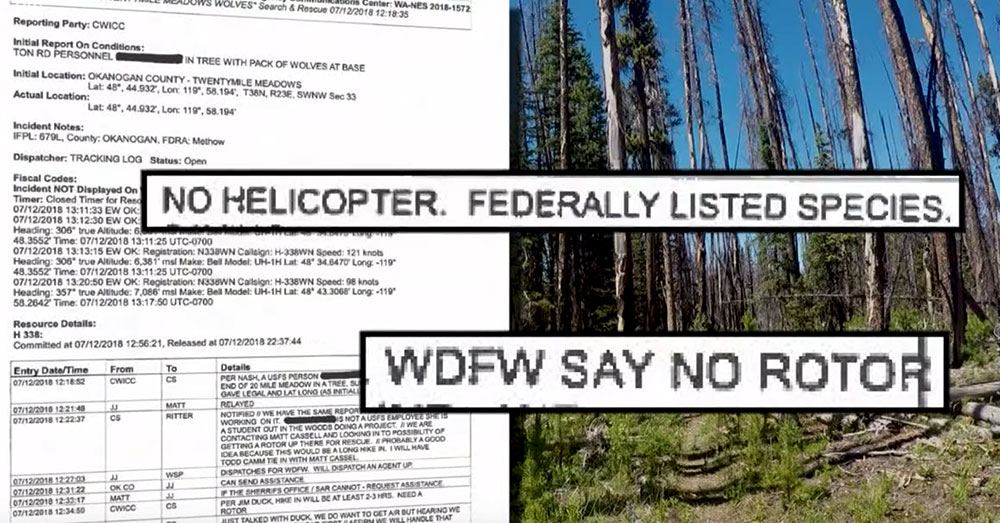 Source: YouTube/KREM2
The state Fish and Wildlife department demanded that no helicopters be used in the rescue, though the woman was located deep within the wilderness.

Washington Fish and Wildlife agents told the local search and rescue department not to get involved, emphasizing that a helicopter rescue was out of the question, as such an incident could disturb the wolves, listed as endangered by the federal government.

The state department was less concerned with the woman’s life than it was with finding out why she was hiking through a known wolf den, though that information had not been passed on to Okanogan County authorities.

There was no way of telling how safe the woman was, or how long she would remain that way. 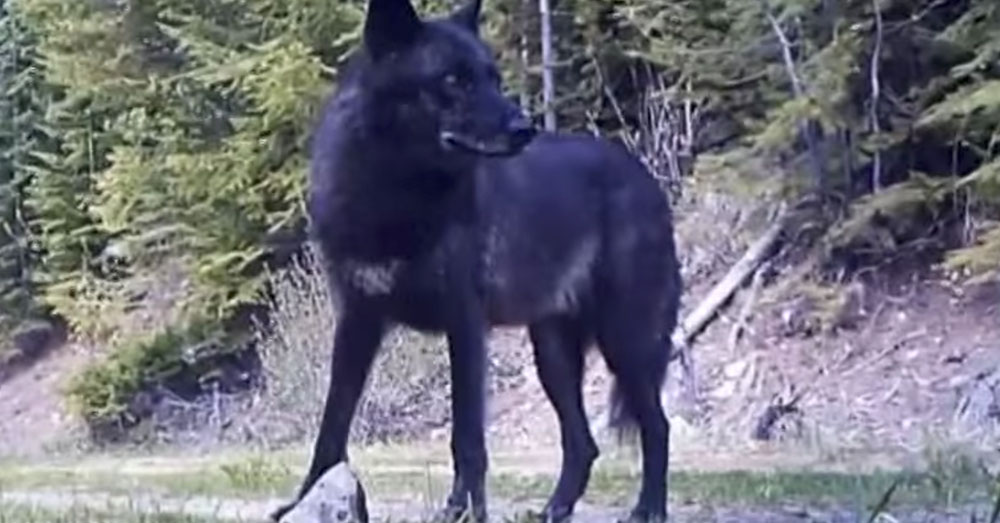 Source: YouTube/KREM2
Wolves can pose a serious threat to hikers.

Eventually, a DNR helicopter came to the rescue, and extracted the woman from danger. According to KREM, the wolves were still there when the helicopter landed. 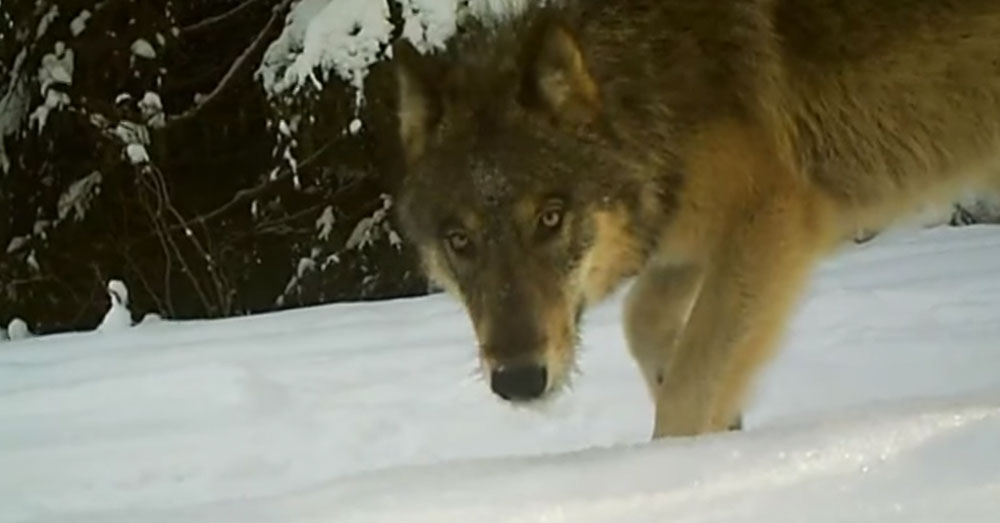 Source: YouTube/KREM2
The state Fish and Wildlife department has promised to put signs up, showing where the wolves may be present.

There is little indication to the public where the wolves are living and where people should avoid. Rogers want to see that changed, so something like this doesn’t happen again.

The Washington Fish and Wildlife department has promised put up signs indicating wolf presence in the area, but so far none of those signs have been installed.