A dog named Louis was brought in by the animal and cruelty division, matted and in horrible shape. He had been through so much and barely looked like a dog.

Vets took great care of him and he was shaved and bathed. After his grooming session, he was unrecognizable! Louis was healthy and looking much better, but it was clear to vets that he had some behavioral issues; he would often curl his lip if he didn’t like someone, but it was obvious that he was still very nervous around people. 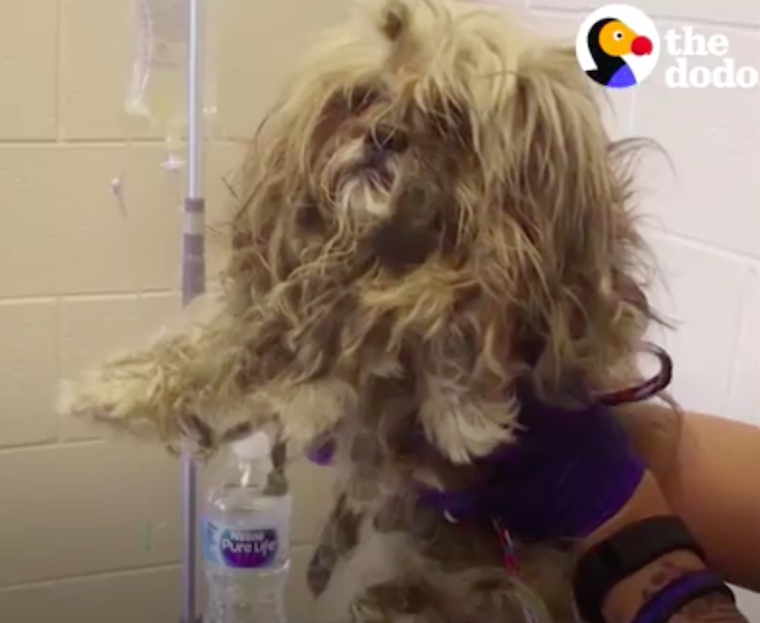 During Louis’ rehabilitation, a woman named Mandy decided to foster him. Mandy’s father, Joe, suffers from dementia, and at times becomes very agitated. Mandy thought maybe her dad could help Louis, and at the same time, Louis could help her dad. 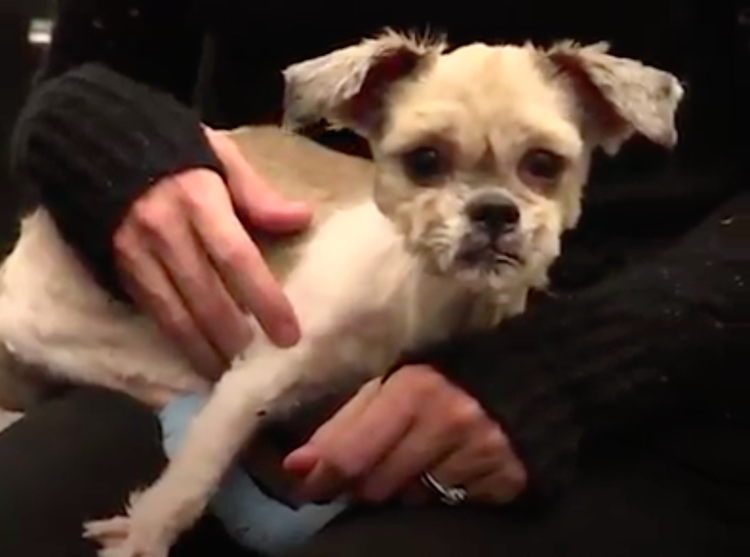 Joe fell in love with Louis the moment he saw him. And by the looks of it, Louis loved Joe back just as much. The two of them got along great! Louis enjoys laying on Joe and cuddling, and Joe loves every second of it. Just by looking at Louis and all of his mats, it was evident that he hadn’t felt human touch in a long time. With Joe, he finally felt the love and seemed grateful to be comforted. 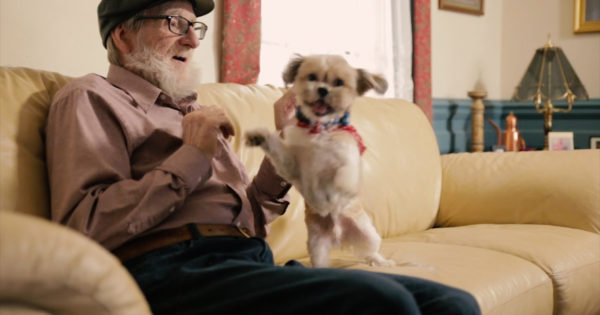 Joe and Louis were a match made in Heaven. Not only did Joe help Louis feel loved again, but Louis helped lift Joe’s spirits. Mandy said she has never seen her dad this happy in a very long time.

“He has a way of just kind of snapping my dad out of this circular whirlwind of ‘I don’t know where I am right now.’” 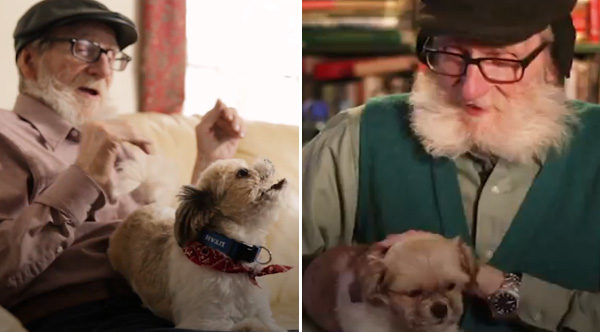 Since the two of them got along so well, it was a no-brainer for them to adopt Louis. Louis is loving his new home. He is a very energetic, happy and intelligent little pup.

Having a family member with dementia is not easy and the resources to help them are few and far between. Mandy believes that sometimes it’s up to the family to figure out ways to make the days a little easier for everybody, and Louis has done a great job at doing that.