Cesar Fernanez-Chavez first got his loving Golden Retriever, Louboutina, nearly five years ago when she was just a puppy. Now, her friendly hugs have made her a social media sensation.

But this affectionate pup wasn’t hugging right off the bat. About two and a half years ago, Louboutina began standing on two legs. 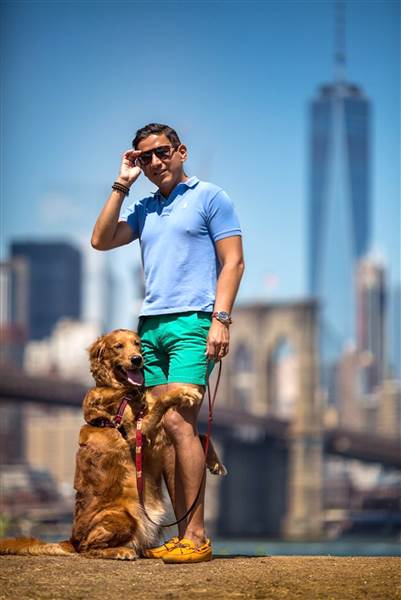 “We were walking and she stopped and started shaking [my hand] and she put a lot of strength on the grip and I held her paw and then suddenly she sat up,” Fernandez-Chavez told Today.com. “I was like, OK, this is weird, but I let her do that and she was there for a good two minutes before she went down.” 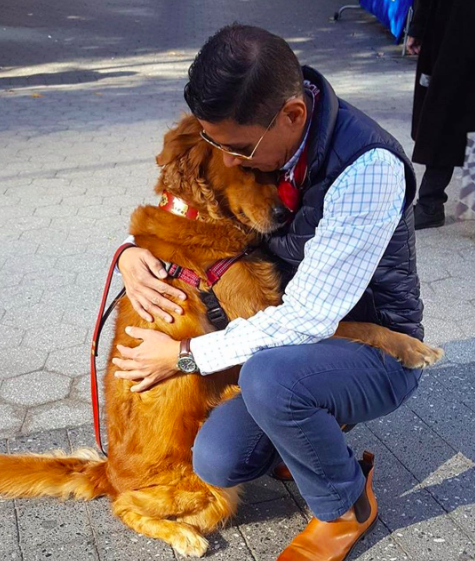 This became routine and she would do it every time they walked. Then it eventually turned into hugs, which could be from mimicking her owner. Fernandez-Chavez hugged her ever since she was a puppy. He would kneel on the floor and hug her and she would put her paws on his shoulders. “So maybe she picked that up,” he said. 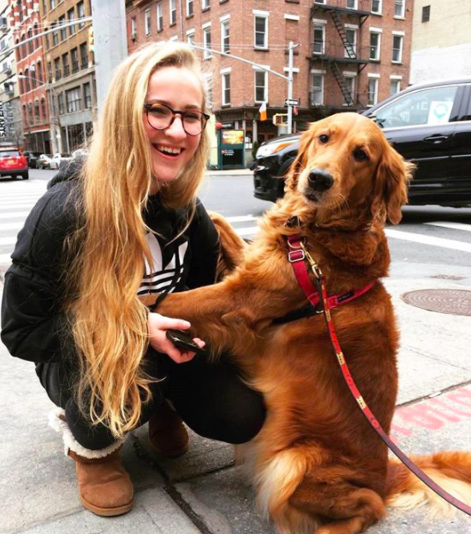 Now Louboutina is well-known around their Chelsea, New York neighborhood, and is often stopped or photographed by strangers. And Louboutina is not shy when it comes to hugs. She’ll give them out to anyone!